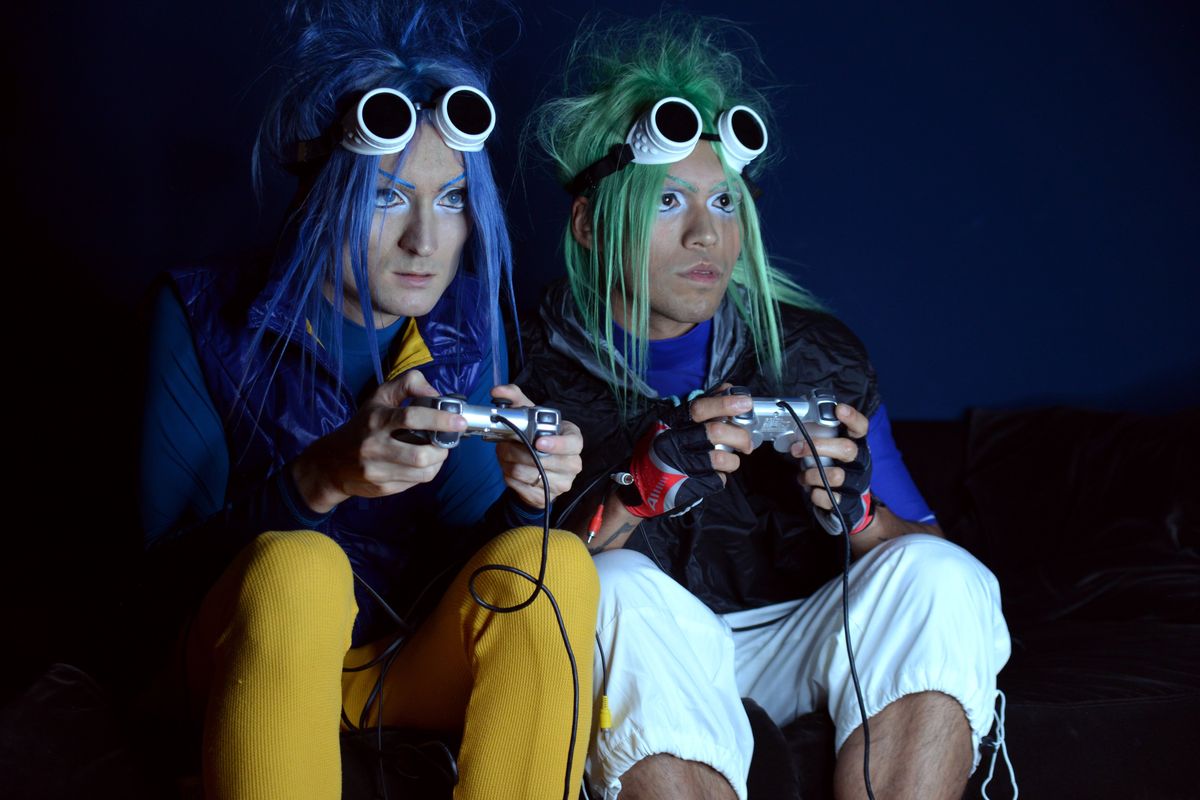 Under quarantine, people have now been forced into months of isolation, prompting everyone to find new at-home distractions. Real life couple — and creative powerhouse — Evanie Frausto and George Kan (together forming "Genie Kausto") have been exploring this reality through a hilarious, self-portrait series, called Inside and Occupied. The imagery puts Frausto's hair styling expertise and Kan's photography together, highlighting how hobbies can spiral out of control.

Related | Vacationing Around the Globe on Google Maps

"This is a comedic and light-hearted take on the troubles of quarantine," Frausto and Kausto say of Inside and Occupied. "It's a transformative self-portrait series that sees us both remodeled in each pair of characters, focusing on hair and makeup changes to bring out the fanatical qualities of the characters and their mania."

Below, see eight exclusive photos from Inside and Occupied, including cyclists, gamers and knitters. This is when "distraction becomes fixation, and preoccupation becomes addiction."