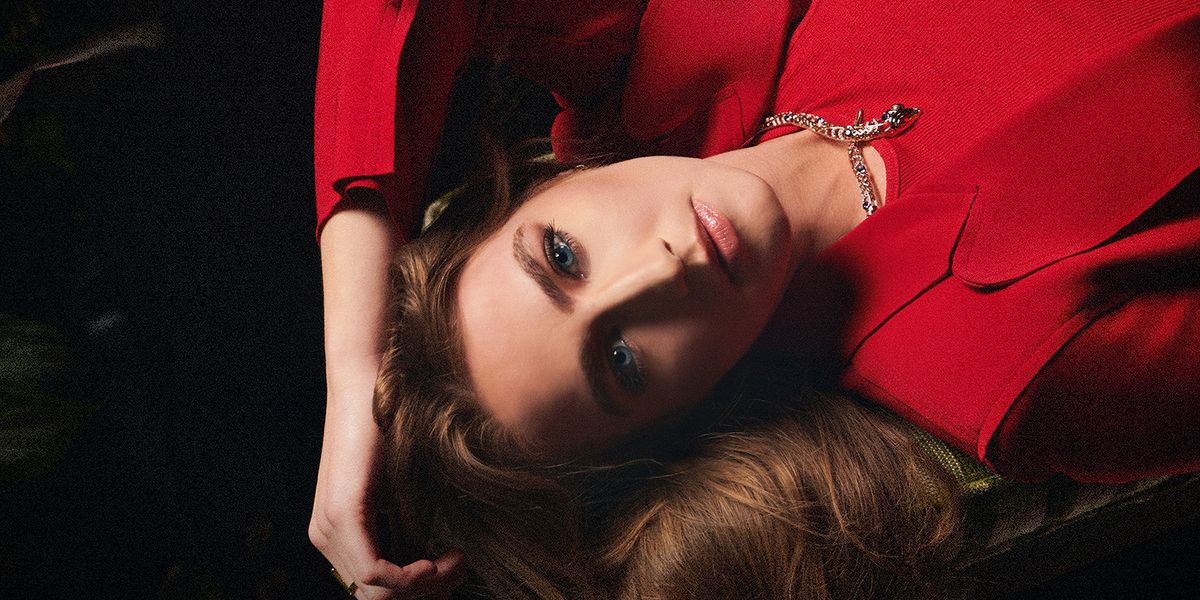 Ingrid Andress is a country-pop crossover arriving right on time for the yeehaw moment. Originally from Colorado and based in Nashville, she started her career as a songwriter, racking up an impressive resume of cuts with artists like Alicia Keys, Sam Hunt and Fletcher, the crown jewel of which is a credit on Charli XCX's sparkling "Boys." As she breaks out on her own, it's clear that her diverse portfolio has left her with a sound built on clean pop melodies, but laced with country's swagger and cinematic storytelling in the style of crossover stalwarts like Kacey Musgraves, Taylor Swift and Kylie Minogue.

"Lady Like," her first official single which PAPER debuts the video for, is a classic girl power anthem in a rapidly expanding canon that includes "Just A Girl," "BO$," "Independent Woman," "Hard Out Here" and "Sit Still, Look Pretty." However, Andress' lyrical specificity, moments of self-critical vulnerability and raw vocal gravity makes the genre's well-worn motifs sound fresh. The song opens with unapologetic non-confessions over hushed piano ("I drink tequila straight/ Haven't brushed my hair in days/ And I'll kiss on the first date if I'm really feeling it/ I don't even own a dress/ Bite my nails when I get stressed/ Do whatever for attention if I'm needing it). It jumps from hushed narrative verses to swelling, melodramatic choruses decisively reminiscent of Sia. Pretty twanging guitars and strings are audible underneath the pop explosion, filling out the full-bodied, satisfying song.

"For the longest time I felt out of place and judged by the people around me because I never fit into the "gender stereotype" boxes we've all sat in for so long" says Andress. "I tried to "fix" or hide the woman inside of me so I could be accepted, but it ended up making me miserable, bored, and lonely. This song was written the day I decided to stop apologizing. Because I get to be whatever the hell I want, whenever I want. And so do you."

In the Emma Higgins-directed video, Andress performs "ladylike" tasks: doing laundry and balancing books on her head like a boarding school student. Later, she'll tear down the laundry, throw the tomes off her head, and exchange winks with a punk "Mona Lisa" while she manspreads at a dive bar poker game. The visuals are on the nose, but gratifying. Andress' honesty and specificity saves "Lady Like" from "not-like-other-girls" or "cool girl" pitfalls it might have fallen into, had it been written by a less interesting songwriter. But "Lady Like" isn't a verdict on the desirability of any particular way to be a woman, but just one talented, charismatic woman's manifesto of self.