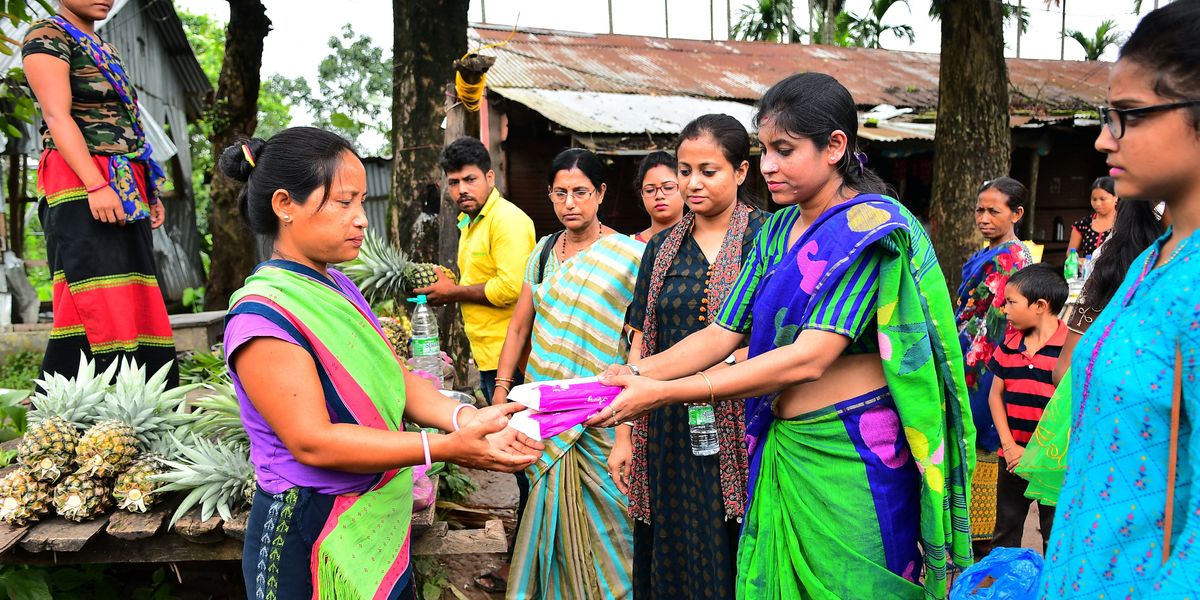 Last July, India introduced a goods and services tax as an effort to enforce the first-ever unified tax system for the country's 29 states. Included in the tax were sanitary pads, which were taxed at 12 percent. The decision had dire consequences on low-income women, many of whom drop out of school because they cannot afford or do not have access to pads.

Luckily, thanks to the efforts of lawmaker Sushmita Dev, the tax has been revoked. A petition that she started and circulated got more than 400,000 signatures.

I hear that sanitary napkins have been exempted from GST. I want to thank all the people who signed my petition… https://t.co/JzcukRPZfc
— Sushmita Dev (@Sushmita Dev)1532174441.0

She tweeted about the decision, writing, "I hear that sanitary napkins have been exempted from GST. I want to thank all the people who signed my petition #taxfreewings Clearly the government had put forth frivolous arguments for one year & delayed it."

We are elated that the govt has decided to exempt sanitary napkins from GST. To see our collective efforts to fight… https://t.co/sJH6y6J2cG
— SheSays (@SheSays)1532229538.0

Another organization, SheSays, has also been criticizing the tax. They launched a viral campaign #LahuKaLagaan, which means "tax on blood," and which was supported by celebrities like comedian Kaneez Surka and actor Aditi Hydari. The Students' Federation of India also launched a #BleedWithoutTax campaign that involved sending then-finance minister Arun Jaitley pads that had "bleed without fear, bleed without tax" written on them.

The decision makes India one of a few countries — including Kenya, Canada, and Ireland, according to CNN — where sanitary products aren't taxed. Still, there is work to be done. More than 40 percent of Indian women between the ages of 15 and 24 don't have access to adequate sanitary pads during their period.