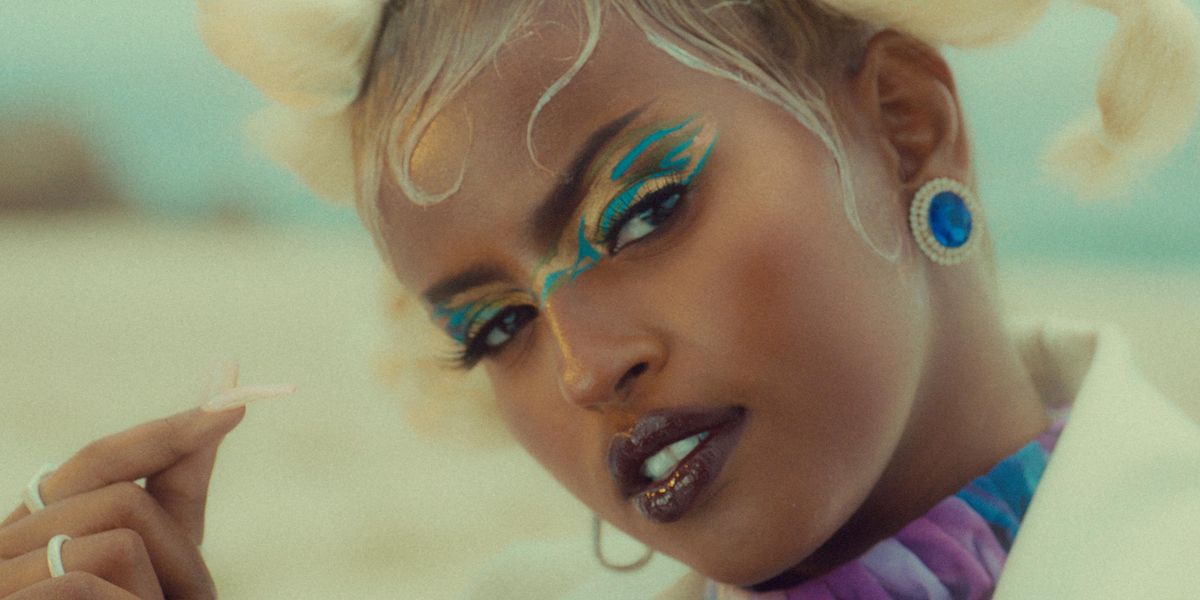 IDMAN Was Born for This

IDMAN understands the power of in-betweens. Born in Canada to Somali parents, and raised between Toronto, North Carolina and Kenya before relocating to college in Portland, the rising musician has learned to thrive in nuance — and she brings these experiences into her music, which similarly blurs the lines between genres and cultures.

"Moving around definitely informed who I am today," IDMAN says. "It was like I went from one of the most diverse cities in the world, Toronto — to Kenya where everyone looks even more like me, and then to Maine, one of the whitest states in the country. It made me think deeply about race and politics, and develop how I wanted to move in the world."

"Down For It," IDMAN's new single off her forthcoming EP on Arista Records, is the realization of this journey. The musician initially created it under her own independent label and collective Golly Geng, but now it's getting a second official push — complete with a cinematic music video premiering today on PAPER.

"I feel like I was born for this," IDMAN sings right out of the gate, asserting her confidence as an industry newcomer. "Never been down for the comfortable/ That just impossible," she continues, before promising — almost as a warning, to herself and others — that she's "down for it, down for it."

"We can see through the things we want for ourselves," IDMAN says of the track, which was written to resonate with feelings of self-doubt and anxiety. "And we don't have to move through those things alone. Misery need not meet us at the end of everyday. We are worthy and deserving of happy endings. Those happy endings that bring all that we imagined colorfully, lend to our belief and hope in that which we have not yet imagined. Take the risk. What's it worth to you?"

Stream "Down For It" by IDMAN, below.