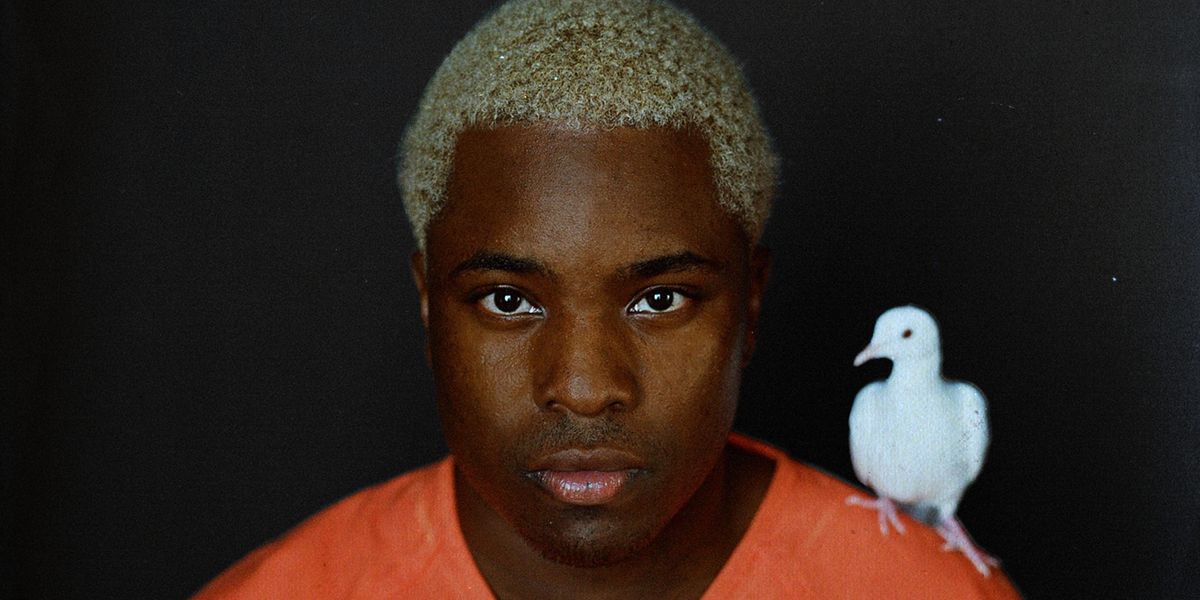 Just So You Know, IDK is Here to Stay

If you haven't heard of IDK, you're about to. The badass rapper from Prince George's County, Maryland has been on the fast track to success since the release of projects Subtrap and Empty Bank, but it's his recently released album IWASVERYBAD that has his name in the mix of hip-hop's impending elite.

But it hasn't always been easy. From being incarcerated at the age of 17, to the loss of his mother, IDK has fought adversity every step to live the life he envisioned. Originally born in London but raised in the DMV area, IDK (born Jason Mills) grew up in a middle-class household to parents who were both college graduates—a more-traditional path IDK was intent on avoiding. The rapper puts the ultraviolence and missteps of his youth on full display IWASVERYBAD, which was released in episode format via Adult Swim.

We caught up with IDK to talk directing, trying to make it in hip-hop and why artists need to look out for one another.

Congratulations on your insane year! Tell me about directing—how did you get into it?

I just got started in videos before I ever tried recording my raps. I was into photography at first. When I got out of jail the first time I got final cut and I started messing around with it. I got a decent camera so I was trying to shoot people's music videos for free and then I would edit them. They sucked really bad. Theirs one that I looked at the other day and I couldn't believe I did that. That's how I started and then when I got into music I just naturally had the ability to do certain things.

You teamed up with Adult Swim for the release of this project. How did that come about?

With Adult Swim I just thought that it would be smarter to release my music in pieces instead of all at one. It would be like they see it, the album comes out more than one time, but it's a story that you follow along with. I wanted it to also release on TV because I was calling each of the songs episodes. That's how the Adult Swim thing happened.

Your videos are really unique. They're very artistic but at the same time you leave your fans wondering what you're going to do next.

One hundred percent. That's one of the most important things, not only the visuals but the music, kind of doing the less is more thing and leaving cliffhangers whenever I can.

Do you feel pressure as an artist to get political?

If you look at my timeline it's very rare that I talk about politics. I don't pay attention to all that shit because it just makes you have a bad day. Every day is some bullshit. Every day it's like North Korea has declared war. I'm not trying to be worried about. I just live my life and if it happens it happens. You might catch me here and there tweeting my thoughts about it but for the most part I don't think about that stuff. As a quote, "socially aware rapper," they may expect me to do that, but I'm not a socially aware rapper. I really think about that a lot now because I'm just a rapper who says the truth.

You recently defended Lil Pump, which is interesting because not many artists come out vocally to support one another. Why did you feel it necessary to do that?

I used to be one of those dudes. I used to think that if a song wasn't lyrical it was just trash. I started realizing that I would say something was trash, then I'll keep hearing it and I started to like it, next thing you know I'm on the bandwagon. I just started realizing that I had more of an open mind when I would hear newer stuff. So that's why I said you really need to see that just because somebody isn't lyrical doesn't necessarily mean you can't enjoy the music. [Pump's] whole aesthetic is cool and I fuck with it.

Also hip-hop purists look at someone new like an Offset or a Lil Uzi Vert and say they're not real rappers, but these artists are just talking about things this generation can relate to.

Exactly. That's why I said Offset is one of the greatest rappers of our generation. I was listening to Met Gala when he said something about how a girl was in his DM's and it started from the likes. The way he flowed it was really cool but that's what our generation knows. That's why I said that. I said that and I mean that he's one of the best. One thing people need to stop doing is acting like niggas always been lyrical. That's not true. I'm a big fan of Wu-Tang, but it was something they would say that's not necessarily lyrical or cleaver, it just sounded really dope and the way that they flowed it was perfect.

Right. It's cyclical. Even with fashion. Busta Rhymes wore this ensemble on a red carpet back in the 90's which resembled a geisha garb, similarly to Young Thug on the cover of Jeffery. Everyone was quick to drag him for wearing a dress, but it's literally the same thing as Busta but no one talks about it.

If you make fun of Young Thug then you have to make fun of Andre 3000. You feel what I'm saying? He was wearing some stuff that was worse than Thug back then but people want to act like this is the new headline. People just be talking. It's crazy.

Talk to me about the making of IWASVERYBAD.

The last half of Black Sheep, White Dove, I was just randomly thinking about my mom. I think I was maybe listening to the beat. I was about to go to the studio from home that morning and do something totally different, but I was in the shower kind of sad thinking about it and said to myself this is an important emotion. I sat down in my room and I started tearing up. I wrote the verse and then I told my engineer to make sure this was set up when I got there because I couldn't wait. I had to go straight into the booth. When I got to the studio I went in the booth and did it with the same emotion. You can hear it in the song. A lot of that was just trying to capture moments which I never did before. I always created a moment but I never captured it.

Did you go into IWASVERYBAD wanting to make those songs that would pop off in the clubs?

At first I was making records but I knew that I wanted to have a big record. After that I sat down with No I.D. and I played him the album, it wasn't even done yet, and I told him my rollout plan so he asked me why did I need that. He told me that my music was dope and I might have a single there already. He said you might record a record thinking it's the single and that's not the single. You never know. He told me to just make dope music and all of that will come.

Do girls ever think a song that you wrote is about them?

Girls do that all the time. It was a girl that hit me the other day and said she felt some type of way talking about this, that, and the third. I told her the record wasn't about her because it was from an experience that I had when I was in high school. I definitely wasn't talking about her. A lot of my thoughts are a bunch of experiences mixed in one. It's not always just one thing.

What do you want people to take away from this project?