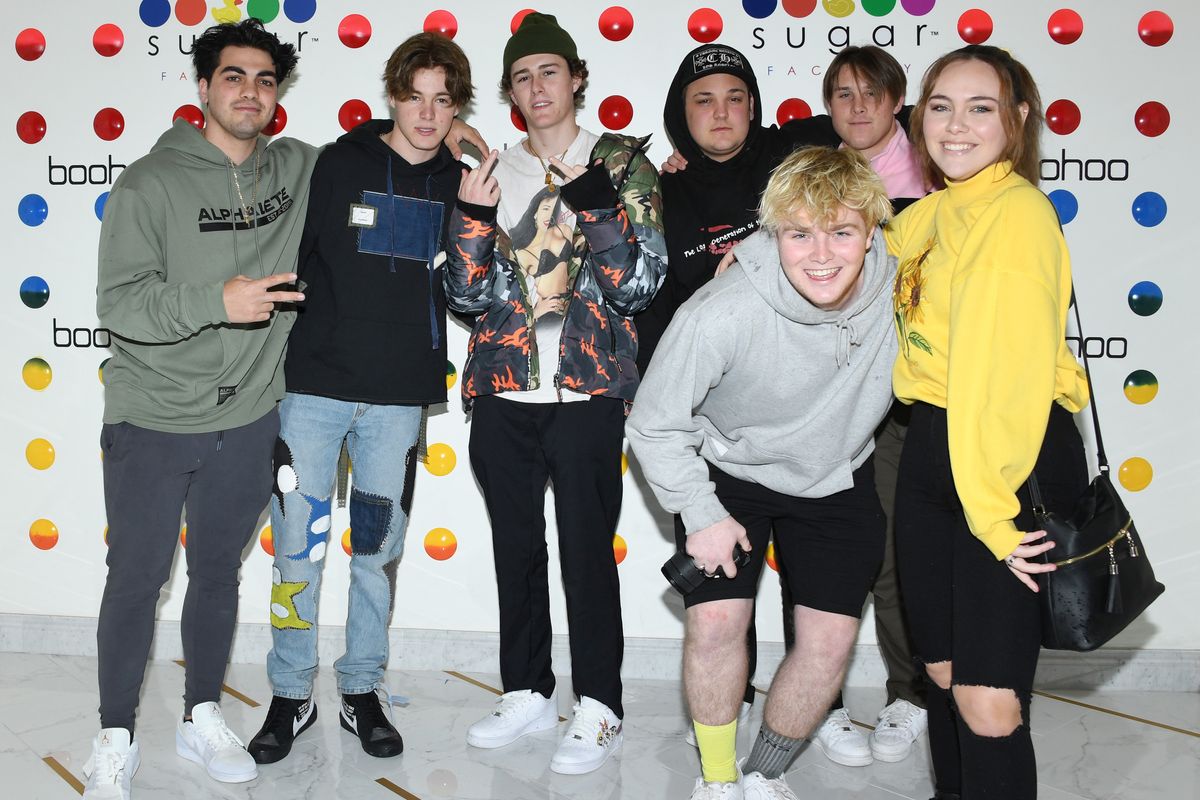 The Hype House is under intense scrutiny after recording several TikTok videos with Tekashi 6ix9ine.

Earlier this week, founder Thomas Petrou uploaded a YouTube video in which he "surprised" fellow members of the popular collective with the controversial rapper.

However, given that 6ix9ine has previously pled guilty to a child sexual performance charge, it didn't take long for the internet to criticize several Hype House members for posting content recorded with him.

"Ofc the hype house supports 6ix9ine," as one Twitter user wrote, while others simply commented that the situation was "Yikes."

Meanwhile, others argued that the Hype House's co-sign was deeply problematic because of their young fanbase and the fact that 17-year-old member Avani Gregg is underage.

"The hype house hanging out with 6ix9ine is absolutely the worst thing they could ever do most of their supporters are a young audience," as another person wrote. "Y'all supposed to set a good example for them hanging with a child molester for clout this ain't something to flex about you're all disgusting."

not the hype house inviting over 6ix9ine... aren't there underage girls there? /s

In the wake of the backlash, Pop Buzz reported that Hype House members Olivia Ponton deleted her TikTok with 6ix9ine and that a video posted to the rapper's own page featuring Ondreaz Lopez had also been removed after the influencer wrote in a comment that, "It was a TikTok his PR team wanted on his page for his personal TikTok. We ain't even finish the full dance it was so awkward."

That said, Hype House member Tayler Holden has kept his video up after recently defending the collab to paparazzi by saying, "He's actually a really nice guy. Really genuine and really down to earth."

See what else people are saying about the videos, below.

i don’t know about you, but 6ix9ine, a known pedo, going to the hype house doesn’t sit right with me.

everyone in the hype house hanging out with 6ix9ine is is disgusting and gross. y’all have children who look up to you and you’re hanging out with a man who molested children he’s a pedophile and y’all posting this on your platform for clout...

WHY THE FUCK IS 6IX9INE AT THE HYPE HOUSE BYE pic.twitter.com/1e7RrAuiU3

ur kidding, 6ix9ine did not go to the hypehouse wtf

i have no respect for the hype house anymore. seriously like even lil buddy wasn’t there are you kidding me. it’s not the fucking hard to not care about money for an hour or 2. they all know what 6ix9ine did and they have no excuse. it’s humiliating and gross.