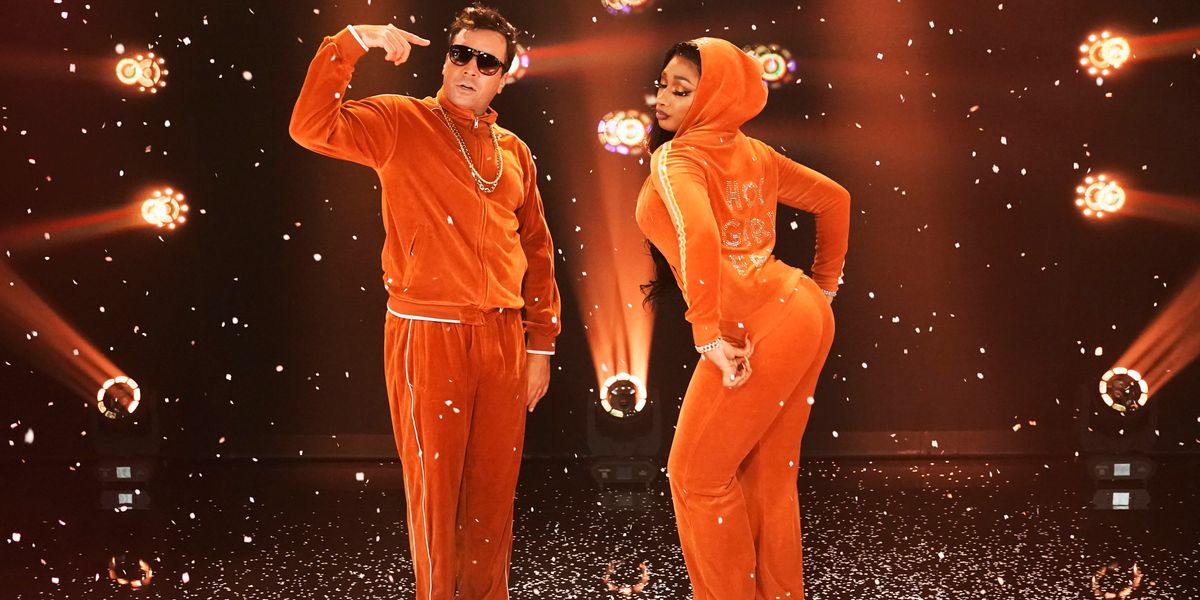 It's the law of late night television that when Jimmy Fallon becomes aware of an internet trend, he must go ahead and ruin it with a digital short. Our fave Megan Thee Stallion was a guest on The Tonight Show last night, and she and Jimmy ("J.Fall") debuted a very 2009 SNL comedy rap about the changing seasons. Guess what catchphrase they used?

"Hot Girl Fall" is a deluge of pumpkin spice latte and sweater jokes, extremely well-worn and cliched at this point. The concept also feels tired because Megan already decreed this year's cooler months should be known as Hot Nerd Fall, and there's also been conjecture that we should refer to them as Christian Girl Autumn. Urghgrh!! Does no one in the writer's room have Twitter? If I have to use Twitter, they have to use Twitter.

The good news is that Megan looks great and remains very talented, and she's getting late night gigs, which are deserved.