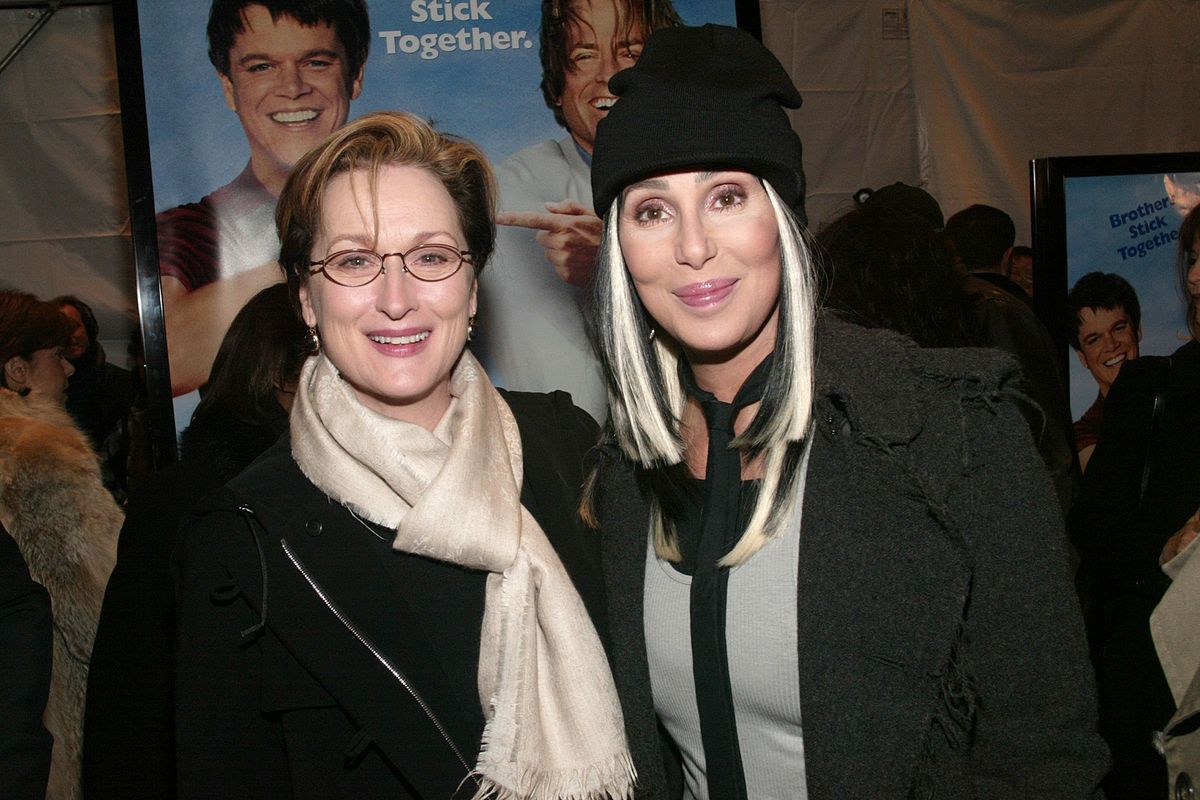 In the 1980s, when stalking the crime-hardened streets of New York at night could get you mugged on sight, Meryl Streep and Cher decided to head out for a late-night ice cream run. They were hanging out at Streep's apartment sandwiched between Little Italy and Chinatown.

Hungry for some Ben & Jerry's, the pair headed out for dessert only to be met with "some guy hitting cars with a brick, and then we walk down the street and we hear screaming," the singer recounted on The Late Late Show with James Corden.

"We split and he ran through us and we ran up to the girl," Cher added. "All of her clothes were torn and she was clutching her bag. So we're putting her together, kind of trying to get her to look a little bit, you know, like she hasn't just been ravaged."

"She looks at us and goes, 'Oh my God! I've just been saved by Meryl Streep and Cher! I'm an actress and I work in a cafe where we sing and all my friends are going to be so jealous!'"

The autotune pioneer originally told this story in 2006 to Baird Jones, mentioning that though the woman was physically unharmed, "the police never came, but there were two guys who were standing on the corner who just did nothing. I am not a hero," she said. We beg to differ.