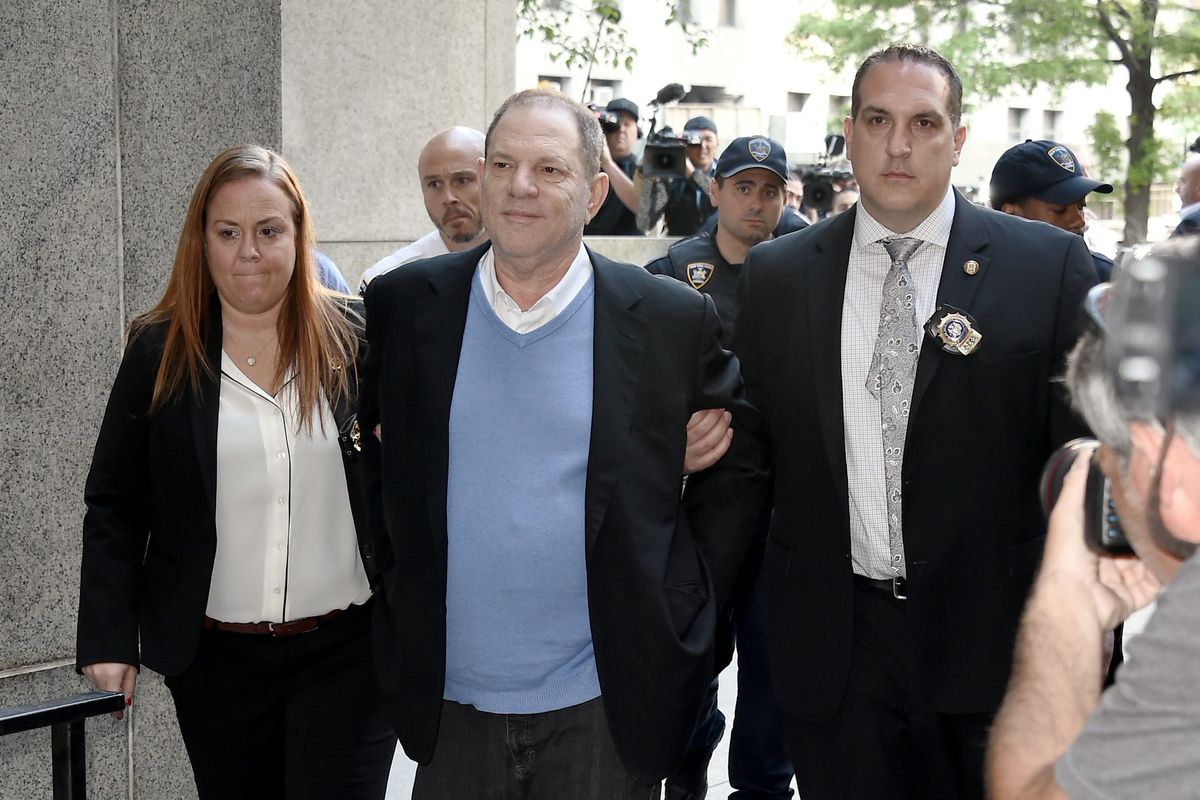 Harvey Weinstein was arrested a few days ago on charges of rape and sexual assault made by six women in California. At the time, President Trump shockingly said he was "not familiar" with the event despite the fact that allegations against Weinstein sparked an international feminist movement last year.

Now, the media mogul, who was accused of sexual misconduct by countless women in Hollywood over the course of the last year, is being charged with another lawsuit. Actresses Melissa Thompson, Caitlin Dulany, and Larissa Gomes filed a suit this morning at the U.S. District Court for the Southern District of New York accusing Weinstein of assault.

The suit alleges that Weinstein arranged to have business meetings with the women, "or to hire them, or to make a business deal with them, or to socialize at industry events." However, instead of maintaining a professional relationship, "Weinstein isolated Plaintiffs and Class members in an attempt to engage in unwanted sexual conduct that took many forms: flashing, groping, fondling, harassing, battering, false imprisonment, sexual assault, attempted rape, and/or completed rape."

The lawsuit further describes how the actresses felt pressure to accept Weinstein's unwanted advances, due to his powerful role in Hollywood, a narrative many survivors of his violence have expressed. The women felt they could be, "blacklisted by Weinstein and major film producers such as Miramax and TWC if they refused Weinstein's unwanted sexual advances or complained about his behavior."

The suit also blames institutions that were complicit in Weinstein's behavior, writing that his sexual violence was, "a choice facilitated and condoned by Miramax, the Weinstein Company and its board of directors."