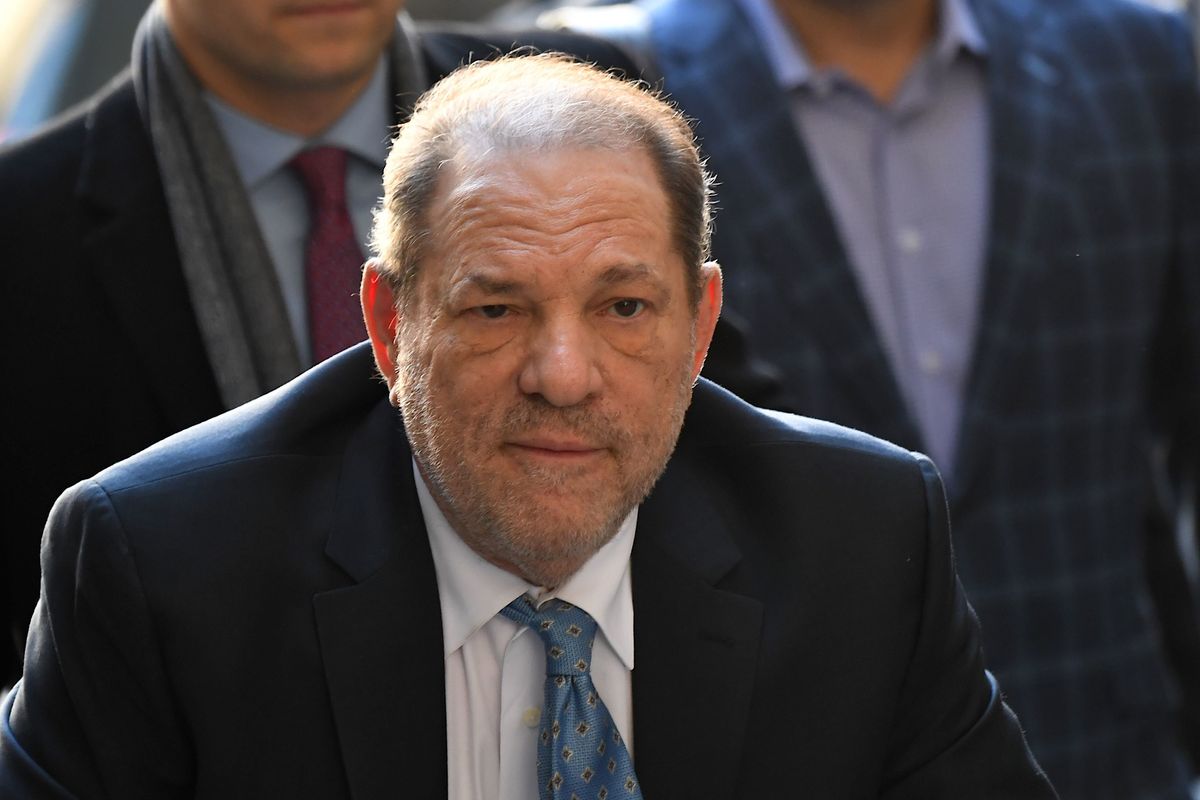 After more than a hundred accusations and weeks of deliberation, a jury has found Harvey Weinstein guilty of third degree rape and a criminal sex act in the first degree.

Weinstein was convicted of a first degree criminal sex act for forcing oral sex on Miriam Haleyi, a production assistant, at his apartment in 2006, per the New York Times. The third degree rape charge stems from 2013, when he raped Jessica Mann, an aspiring actress, in a New York City hotel room.

The jury has yet to decide Weinstein's sentence: he's been jailed leading up to his March 11 sentencing hearing. As noted by Buzzfeed, a criminal sexual act carries a sentence of five to 25 years in prison, while third-degree rape carries a potential sentence of probation to four years in prison.

While legal consequences for Weinstein are long overdue, the verdict is a mixed result for the prosecution team, which represented six women and was fighting for five different charges. Weinstein was found not guilty of the two most serious charges, which would have resulted in a life sentence: rape in the first degree, and two counts of predatory sexual assault.

The case was essentially built around three allegations: Haleyi's 2013 incident, and two from Sopranos actress Annabella Sciorra, who says Weinstein raped and forcibly performed oral sex in her in the mid-1990s. The verdict, reports the New York Times, suggests jurors did not believe the testimony of Sciorra.

Related | Megan Fox: I Didn't Think I Would Be a Sympathetic Victim to #MeToo

The limited verdict still offers some kind of justice for Weinstein's hundred-plus accusers — many of whose stories were too old to prosecute — and all the women who came forward as a part of the #MeToo movement that the initial Weinstein revelations kickstarted in 2017. Across nearly every industry, the discovery of rampant abuse and its enabling saw far more press coverage than convictions.

The verdict also comes in spite of classic victim-blaming tactics used by the defense team, which argued that victims willingly had sex with the producer to further their careers and had alternative motives for deeming them non-consensual. Weinstein's lawyers pointed to friendly emails sent by both Haleyi and Mann sent to Weinstein after their experiences of abuse.

There's still hope for those who would like to see Weinstein convicted of rape: he also faces a sex crimes case in Los Angeles, where he is charged with raping one woman and sexually assaulting another during Oscars week in 2013.

Weinstein has yet to enter a plea.