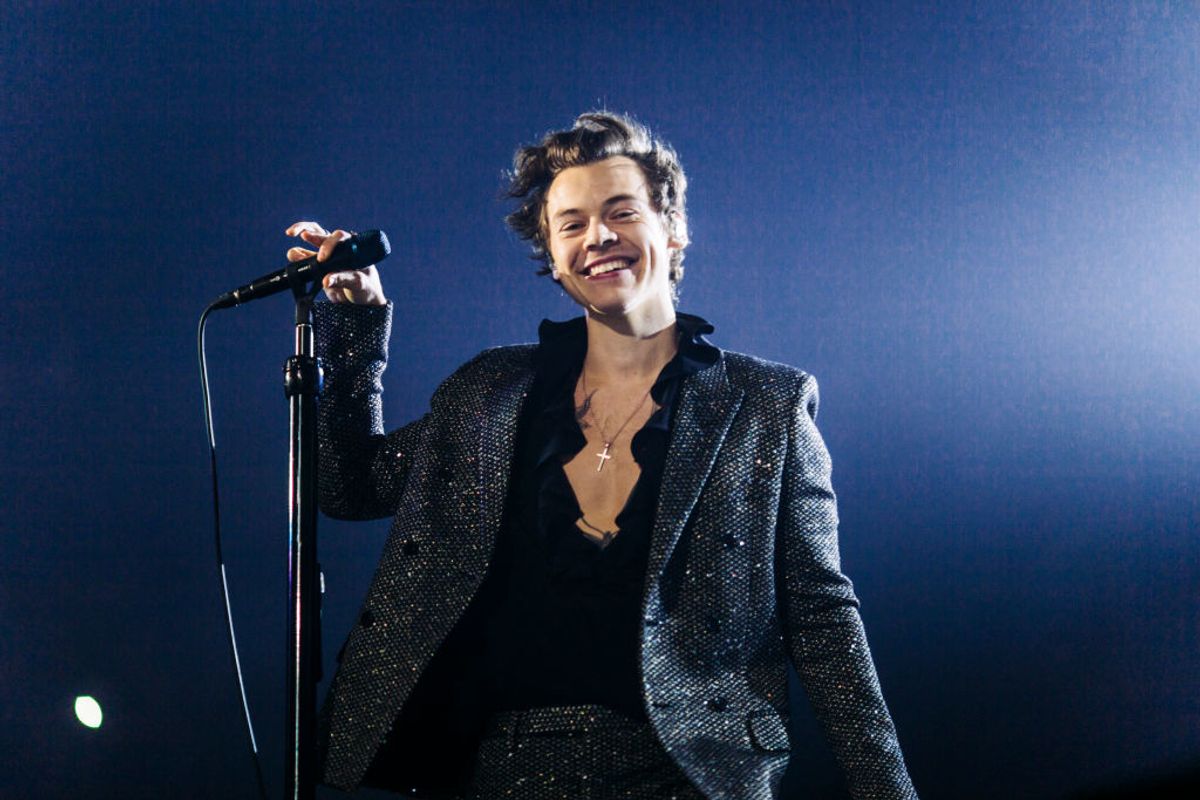 On Saturday night, Harry Styles wrapped up his debut tour with his second sold out show at The Forum in Los Angeles. And it seemed like he didn't want this big career moment to end just yet, with audience members reporting that the "Sign of the Times" singer sang his bop "Kiwi" three times throughout his whole set.

DURING KIWI'S SECOND REPEAT OF THE NIGHT HARRY RAN OFF THE STAGE.

HE WALKED AROUND THE CATWALK AND B STAGE.

HE INTERACTED WITH AS MUCH FANS

AND NOW HES DOING THE BRIDGE OF KIWI AT THE B STAGE SO EVERYONE HAS THE EXPERIENCE.

HE DID ALL THIS FOR US. #HarryStylesLiveOnTourLA2
— Angela misses Harry. (@BeLikeAngelaaa) July 15, 2018

Harry played Kiwi THRICE because he didn't want his tour to end just as much as we do.#HarryStylesLiveOnTourLA2
— el ~ i have school i cri◟̽◞̽ (@flckrxmedstyles) July 15, 2018

He then gave a heartfelt message, thanking all his fans and announcing that he's taking a much well-deserved break after his five-month long world tour. "This doesn't happen to people like me very often at all, and there is one single reason why I get to do this job and it's because of every single one of you," he said. "I'm gonna go away for a little while and make some more music, and then I'll see you very soon. It's been an honor to play in front of you every night … and thank you for trusting me by coming to a concert at all. Thank you."

This last stop had a star-studded audience. Fans spotted the singer's rumored ex, Kendall Jenner, as well as Shawn Mendes. People reports that pop sensation Meghan Trainor and her fiancé, Spy Kids' Daryl Sabara were also in the LA crowd.

The 24-year-old singer kicked off his show, Harry Styles: Live On Tour, back in March in Basel, Switzerland. This was where he sang his new songs "Anna" and "Medicine"—the song that has turned him into a queer icon.