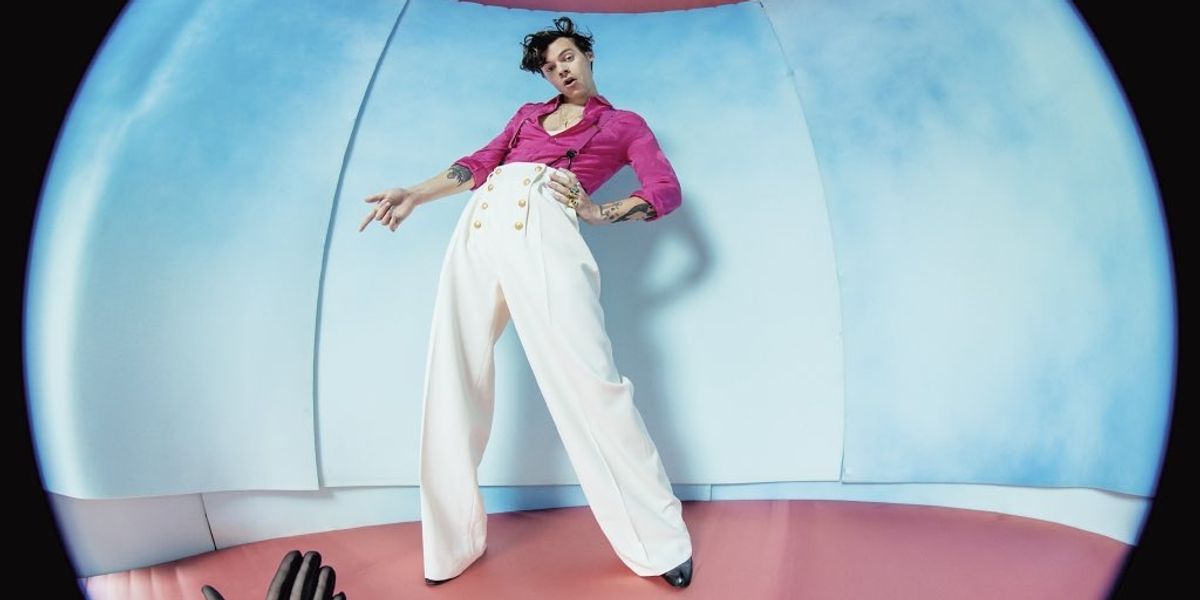 After months of anticipation and dropping clues, Harry Styles has finally dropped his second studio album, Fine Line, much to his doting fans' delight. The reception so far has been highly positive, and there's one little detail on the track "Cherry" that has caught everyone's attention.

At the end of the four-minute breakup track is what appears to be Victoria's Secret Angel and Styles' ex girlfriend Camille Rowe's voice.

The clip is part of a voicemail left by Rowe perhaps towards the end of their relationship — except it's in French. For those trying to it figure out, loosely translated it means: "Hello! Are you asleep? Oh, I'm sorry. Well, no, no, it's not important. Well, we went to the beach and now we... Perfect! Harry."

Styles and Rowe dated for about a year, before breaking up in July 2018. Ahead of the release of the song, the singer said in an interview with Beats 1's Zane Lowe that the voicemail was added with the model's consent.

"When we listened back to the album, I asked her to add it in," Styles said. "I think she liked [the song]. 'Cherry' is about... I wanted it to reflect how I felt then. I was feeling not great. It's all about being not great. Because, you get petty when things don't go the way you want it."

He continued: "It's so pathetic in a way. The night that I wrote it, I was saying that I was feeling a lot of pressure because the last record wasn't a radio record. And I was like, 'I feel like this record has to be really big. So I feel like I need to make certain songs. And [producer Tyler Johnson] just said to me, 'You just have to make the record that you want to make right now.' So then we stayed up and wrote 'Cherry' that night."