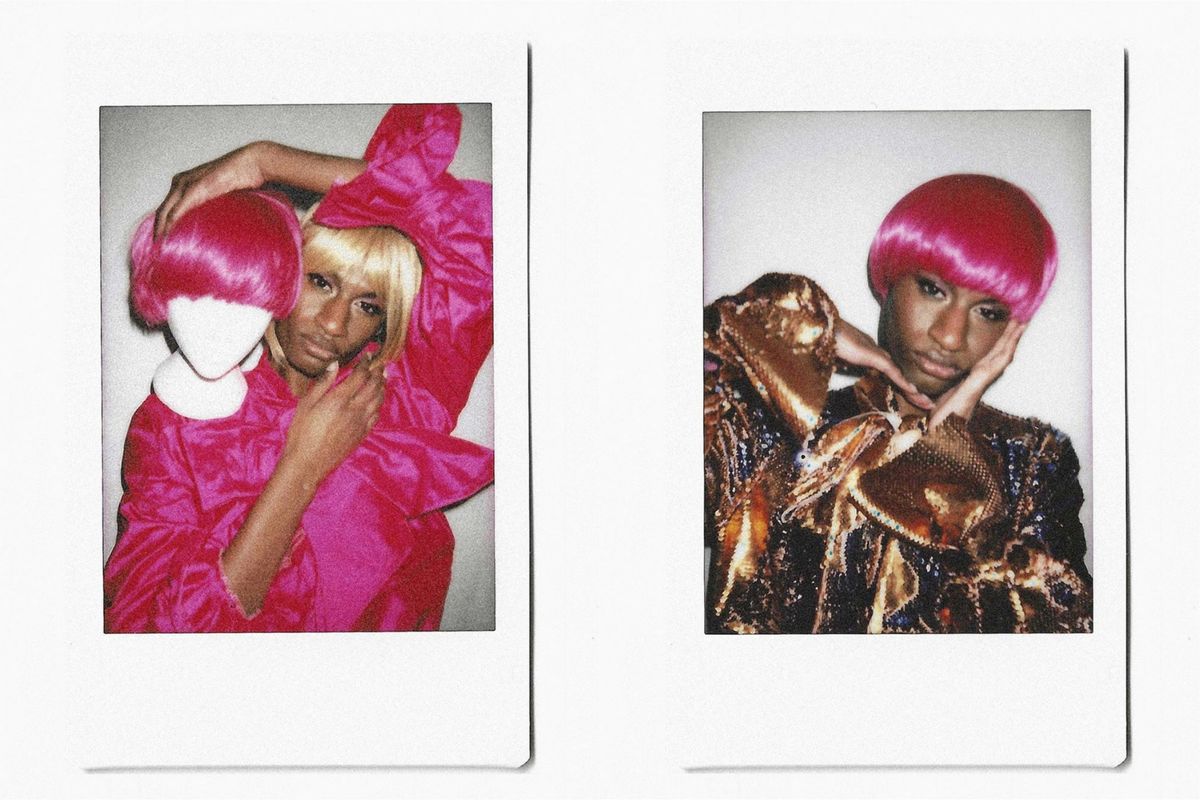 Harris Reed's first-ever e-store launched today, and they already have a sold-out line on their hands. After kicking things off with a range of glamorous, party-ready blouses that evoke Reed's whimsical, bold spirit, the collection went out of stock in a matter of hours.

Following the designer's lauded senior collection, "Thriving in Our Outrage," the limited-edition, gender fluid capsule launched today was titled the "Deadstock Blouse Collection" as the tops were crafted from repurposed fabrics. (Sequins and threads were used from Reed's previous work.)

Each of the 12 "one-size-fits-many" styles were named after people who have been part of Reed's career (such as "The Ashley" and "The Gideon"), and all of them were handmade by Reed and their friends.

According to Reed, the capsule was heavily inspired by vintage Warhol polaroids that captured people's bold personalities and identities. "As with everything I do, it is all about making clothing that makes people stop and stare and evaluate how they perceive themselves, and others around them," the designer said in a statement.

The accompanying photography sees their longtime model muse Trey Gaskins self-styled in numerous wigs with makeup by Kyle Dominic shot in Reed's London home. A percentage of its sales will be donated to Mermaids, a charity that supports transgender and gender variant children.