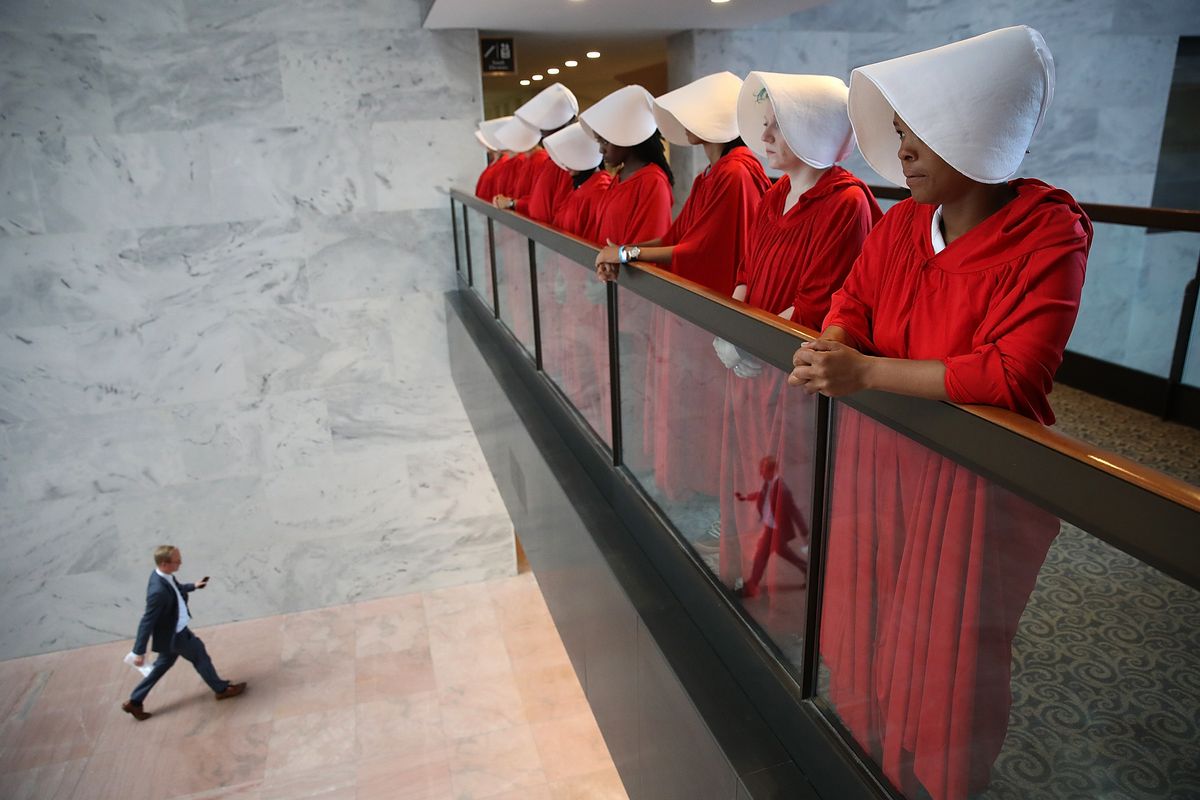 Women Show Up at Brett Kavanaugh's Hearing Dressed as Handmaids

Brett Kavanaugh's impending appointment to the Supreme Court is being met with protests both outside and within the Capitol, and perhaps the most creative demonstration so far happened today when protestors lined the halls outside the hearing room dressed in outfits from the Handmaid's Tale.

Donning the bright red robes and large white bonnets the show is known for, the women silently brought to mind the dystopian world of patriarchy depicted in the hit Hulu show (and Margaret Atwood novel). Several significant civil rights cases stand to be challenged under a new Supreme Court, and the protestors reminded us all of what could happen should Kavanaugh, who ruled, for instance, against an undocumented teenager seeking the right to an abortion.

The organizer of the protest is an advocacy group called Demand Justice, who said in a statement, "Brett Kavanaugh is an extremist ideologue who, if confirmed to the Supreme Court, will take away women's basic rights."

"Right now in America, far too many women of color cannot access safe, affordable healthcare and the ability to decide whether, when and how to raise thriving families is out of reach," the statement continued. "Brett Kavanaugh will take this already harsh reality and make it worse."