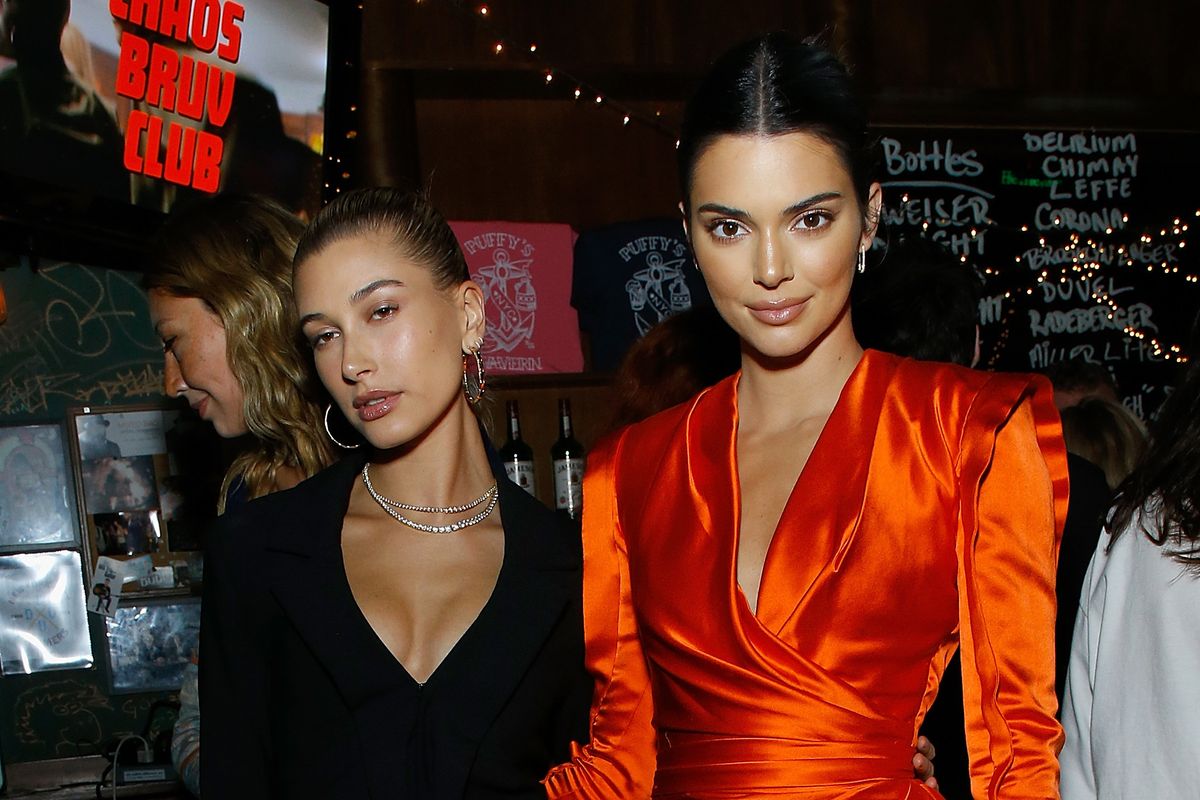 If you're going to go ahead and get married in the year 2019, you may as well do it right. Buy the white dress you'll never wear again, force your most feminist friends to be bridesmaids, and drink out of some damn penis straws during the bachelorette party. This is my sincere belief, and also apparently that of Kendall Jenner, who pulled out all the tacky props for Hailey Bieber's bridal shower last night in LA.

The supermodel, a close friend of Justin Bieber's soon-to-be wife (Hailey and Justin are technically already married, but whatever) was photographed picking up penis straws and other novelty items a few hours before the event at the adult store Hustler Hollywood, smiling for the cameras. Various Instagram Stories reveal that Hailey's party was no different to your sorority sister's: as well as the penis straws, there were also pink wine glasses with "BRIDE TO BE" emblazoned in diamontes, and Hailey rocked a cheap white club dress with a veil. According to a People source, the decor was all Jenner's idea.

She and Bieber were joined by a small group of friends, eating dinner at Ysabel then continuing on to Delilah. Seems like they stopped short of hiring a male stripper, but the night still sounds like fun. "The group was in a wild, happy mood," the source says. "You could tell Hailey was very excited to celebrate with her friends. She was all smiles."