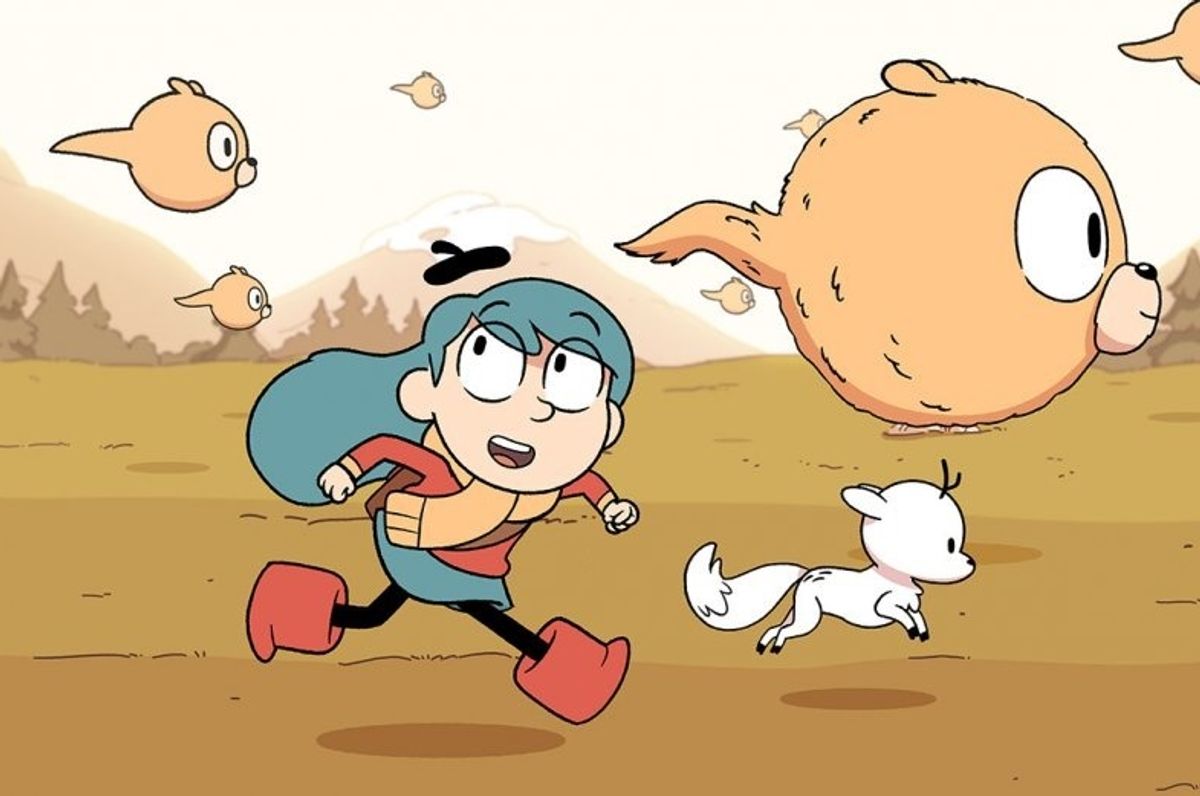 Based on the Eisner-Award nominated comic of the same name, Netflix's new series Hilda follows the adventures of a young blue-haired girl as she journeys with the help of some friends from her magical forest home to the big city. A fearless Hilda encounters all sort of mystical creatures in her travels from house spirits to woodland nymphs and rock trolls, so it probably comes as no surprise that IRL faerie-mage Grimes, was tapped for the show's theme.

An energetic and mystical instrumental, Grimes' shimmering synth swirls ramp up into the bubbly electro-pop that made us originally fall in love with her. A little bit Steven Universe-meets-Gravity Falls, Hilda and Grimes are a pitch perfect match. Now available to stream on Netflix, Hilda is animated eye-candy that the whole family can enjoy.