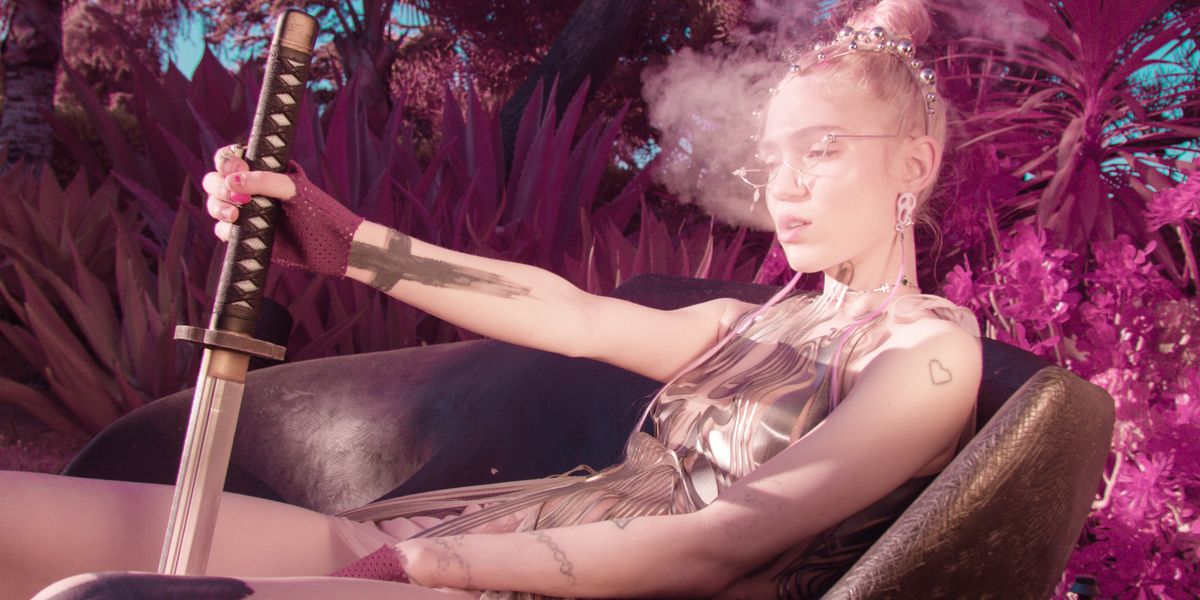 When Grimes aka Claire Boucher, revealed she was pregnant in a cybernetic maternity shoot, it did not come with any couple shots. Of course, we assumed the father was Elon Musk, her boyfriend of two years, who transformed her from indie legend to Page Six regular. But… this is Grimes we're talking about, so who's to say it wasn't artificial insemination from the cryptopreserved sample of a 17th century inventor. Or something.

In a Rolling Stone digital cover story about her new album Miss Anthropocene, Boucher confirms that Musk is indeed her baby daddy, and the couple got pregnant intentionally. As she explains, "So Heavy I Fell Through the Earth" was actually inspired by her choice to get pregnant.

"The sort of tragedy of agreeing to it, even though it's this great thing," she told Rolling Stone's Brian Hiatt. "For a girl, it's sacrificing your body and your freedom. It's a pretty crazy sacrifice and only half of the population has to do it. It was really profound to me when I decided I was going to do it, to actually go through the act of like, y'know, unprotected sex. I'm just like, I have sacrificed my power in this moment. I have, like, capitulated, And I have spent my whole life avoiding that situation. I have never capitulated to anything, so it was just a profound commitment."

Why did she decide to go for it? "I do actually just really love my boyfriend… So I was like, 'You know, sure.'"

When Boucher and Musk got together back in 2018, most were surprised that the artist who used to have "anti-imperialist" in her Twitter bio would date a billionaire tech magnate who's donated to Republicans and said he wants to "nuke Mars." Reconciling her admiration for her boyfriend and her politics, Boucher revealed that although she thinks "Musk is a force for good," she's a Bernie supporter. Because nuance.

"The times are very unstable," she said. "People are comforted by black-and-white, and easy-to-understand. Society is in this big fight to change. And when you're in a war, you have to be good side/bad side. It's not like a welcome time for nuance, understandably so."

She sees Musk as something of a martyr for the climate movement. "If someone's just gonna take everything and just put it into R&D to make the world better and just get up at the fucking crack of dawn every day and go to bed really late every night, doesn't take vacations and just actually puts every single ounce of his energy in everything he cares about and all his money into making the world better? Like, I can make an exception. I admire it a lot. I think it's great. To me, it does not contradict my beliefs."

Presumably, Boucher is aware that despite Musk's selfless dedication to preventing climate change, he still earns 40,668 times more than the average Tesla employee. He'd be among the CEOs be at the top of Sanders' Income Inequality Plan hit list. But hey! We love a class traitor. Welcome (back) to the resistance, Grimes.