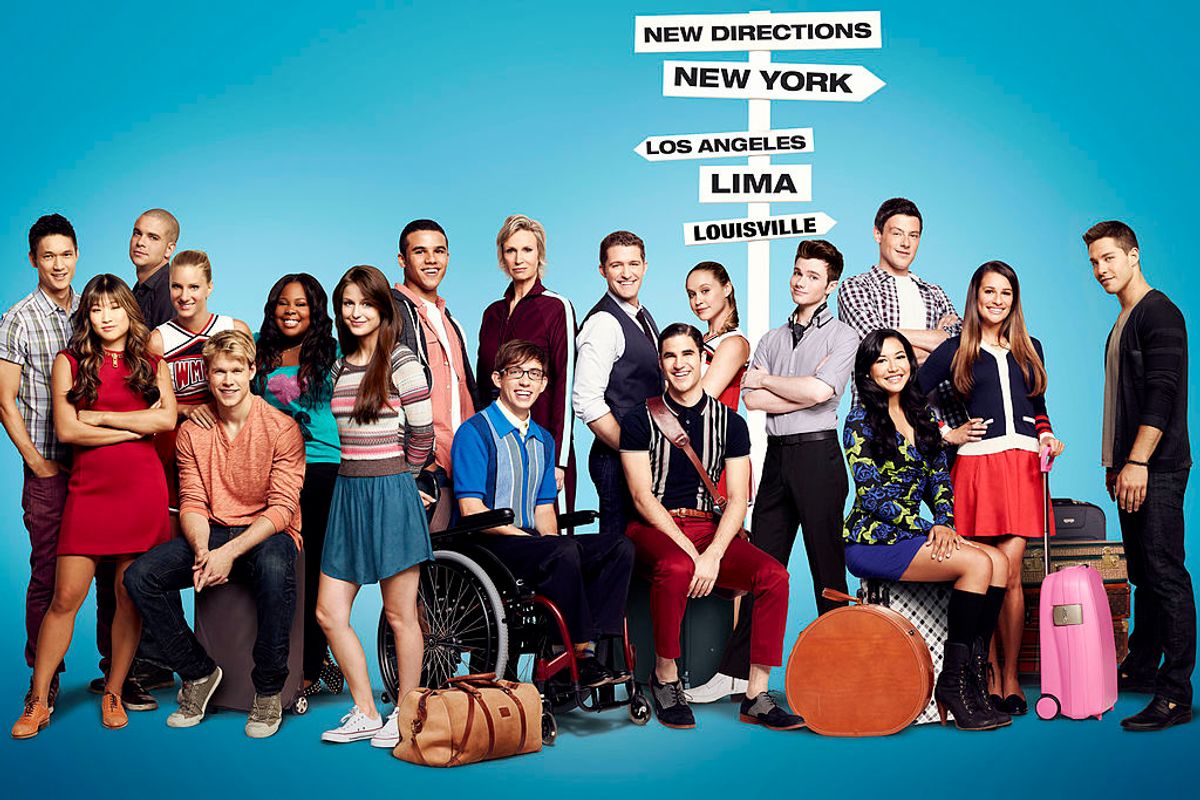 TikTokers Are Rediscovering That 'Glee' Was... a Show

If your iTunes cover library in 2011 didn't look like a series of loser hands and slushie cups, you weren't a true Gleek. Glee reignited an entire generation's interest in musical theater, classic hits and, of course, acapella groups. Some millennials and Gen Z'ers, however, are starting to take a look back at the since-canceled show while bored in quarantine and discovering that it, um — just hits a bit differently in 2020.

When it aired on Fox in the late 2000s, the sing-songy brainchild of American Horror Story director Ryan Murphy was one of the first primetime shows to tackle growing intergenerational ideological divides on key issues like gender, sexuality and race. While the show was praised for giving voices and storylines to actors and characters that represented marginalized groups of people, TikTokers revisiting the show are discovering more than a few problematic touch points. While the show was meant to be a farcical and satirical look at the common American high school experience, TikTokers are taking note of creepy Mr. Schue dialogue, borderline to flat-out offensive sub-plots and a smattering of nonsensical musical covers.

The clips are being found far and wide, with one user even noting that their favorite quarantine activity thus far has been playing a drinking game with roommates for every time something "deeply offensive" is said by a character throughout the six-season series.

It's not all outrage, though, since most users are familiar with Ryan Murphy's no-holds-barred approach to making dramatic and controversial television. At the end of the day, it was a scripted comedy from an era that was just discovering the idea of an intersectional writer's room. More than anything, the clips are eliciting gasps and conjuring up memories that you forgot you even had. There's truly something for everyone. Even Nicki Minaj's dedicated TikTok faction of Barbz are rewatching clips of Jane Lynch performing a unique cover of "Super Bass."

Some users are going so far as to ask the bold question, "Would a show like Glee even get made in 2020?" Those remembering the series as a pinnacle of inclusion and lighthearted TV might say yes, but after rewatching some of the recent TikTok clips... you be the judge.

what was the director of glee even thinking. 😳 ##glee ##artie