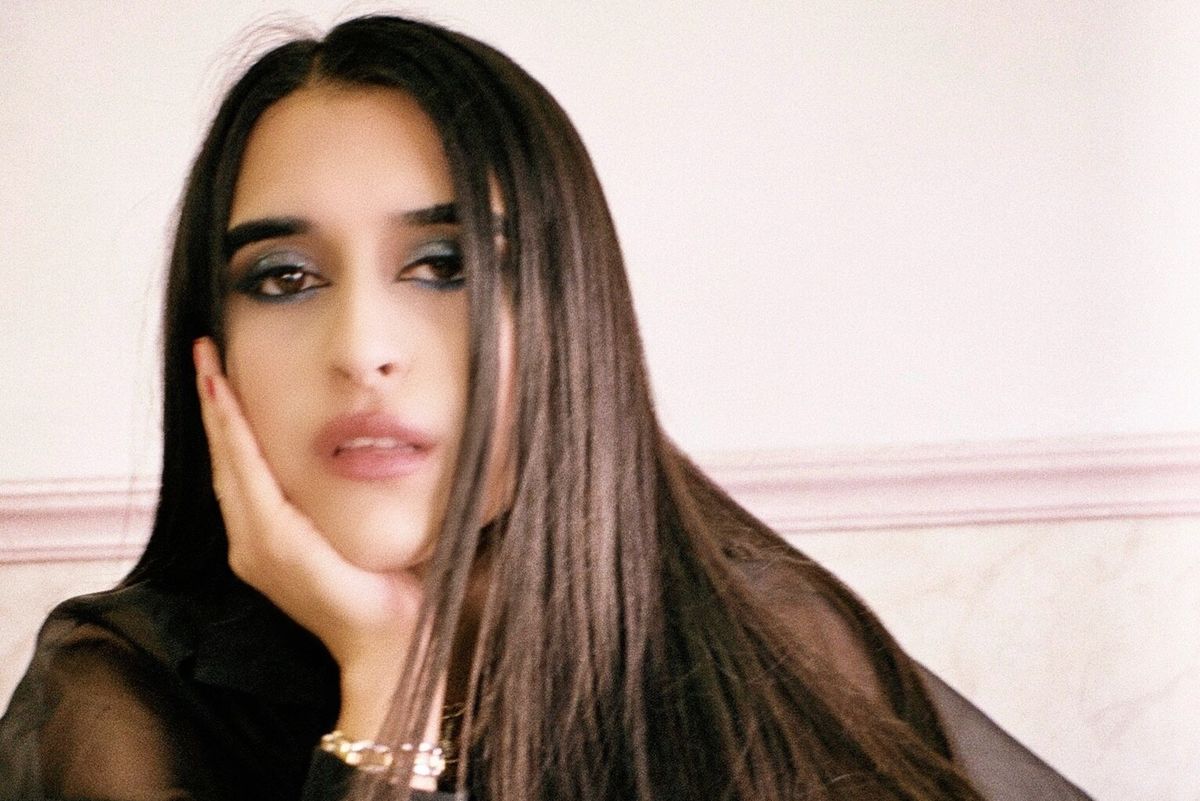 For the third installment of her Pride video series, "Gia's Songs By Boys," queer pop star Gia Woods is lending her talents to a classic Green Day ballad off 1997's Nimrod. She previously covered early aughts hits from 112 and MGMT, and now Woods is revisiting the alt-rock '90s with a heartfelt rendition of "Good Riddance (Time of Your Life)."

"It's not a question, but a lesson learned in time," Woods sings, strumming each chord on her acoustic guitar, "It's something unpredictable, but in the end it's right/ I hope you had the time of your life."

"Good Riddance (Time of Your Life)" is a significant cover choice for Woods. Growing up queer in a traditional, Persian household was understandably difficult for her, as she tells PAPER, and the song helped her cope with life's trials and tribulations in many different ways.

Most notably, a recent loss made Woods grow closer to the Green Day's lyrics. "Playing this song and relistening to the lyrics gave me a whole new perspective," she says. "I lost my dad recently and this song really made me think about him. Even though I grew up not feeling accepted by my parents, I realized that time on earth is so short."

Covering the song helped Woods grieve, but it also reminded her of good times and positive memories. "You don't always have the perfect relationship with your parents," Woods says. "Always appreciate the little things in life because you never know when they're going to go away."

The track was originally penned about a failed relationship by Green Day frontman Billie Joe Armstrong, who has been a lifelong musical hero for Woods. "Growing up, Billie Joe Armstrong was one of my musical icons," she says. "He was the reason I picked up a guitar. Every song that Green Day released got better and better, and his songwriting was so different to anything else I grew up listening to. I felt like he was always really honest. Other alternative bands seemed to write things just to be cool, but you can tell he really had something to say."

As a young queer artist, Armstrong's identity as a bisexual musician was also influential to Woods, who was able to then see herself represented in popular music. "I later discovered that he was bisexual, which I didn't know growing up," she says. "It made me even more of a fan because he's always been so open with who he is."

Listen to Gia Woods' touching cover of "Good Riddance (Time of Your Life)," and stream her new single, "NAIVE," below.