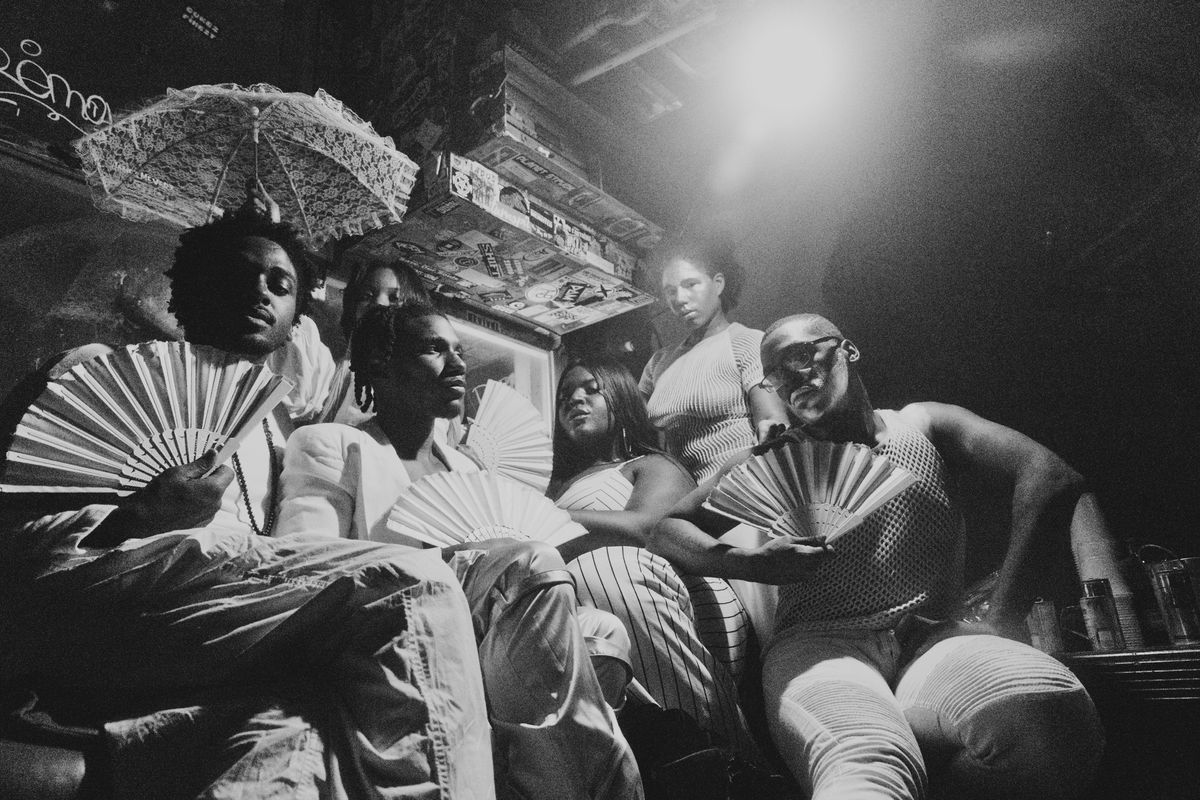 Chicago has historically been a hub for the best, new names in hip-hop and R&B, but like with other major cities, queer artists are almost always overlooked and underrepresented. LGBTQ-centric label Futurehood — co-founded by Mister Wallace, aCeb00mbaP, and Hijo Pródijo — is aiming to fix that, operating as a collective that helps amplify the voices of local QTPOC talent.

As part of Red Bull Music Festival, Futurehood hosted a musical showcase at Wicker Park's Subterranean on November 23, and booked a lineup with the brightest stars in underground Chicago. The venue was transformed into a futuristic mothership, and saw a mix of rappers and DJs take the stage, including Blu Bone, Kidd Kenn, KC Ortiz, Roy Kinsey and Drag Race star The Vixen.

Futurehood's own Mister Wallace was the event's final performer, working through their Faggot EP highlights "It Girl" and "Whoremoan," as well as unreleased material from a forthcoming project titled Cool Mom. Their outfit was inspired by Zenon: Girl of the 21st Century — a reflection of the night's extraterrestrial theme, and Futurehood's mission to elevate their community to the next level.

Check out photos of all the Futurehood & Friends performers, below.