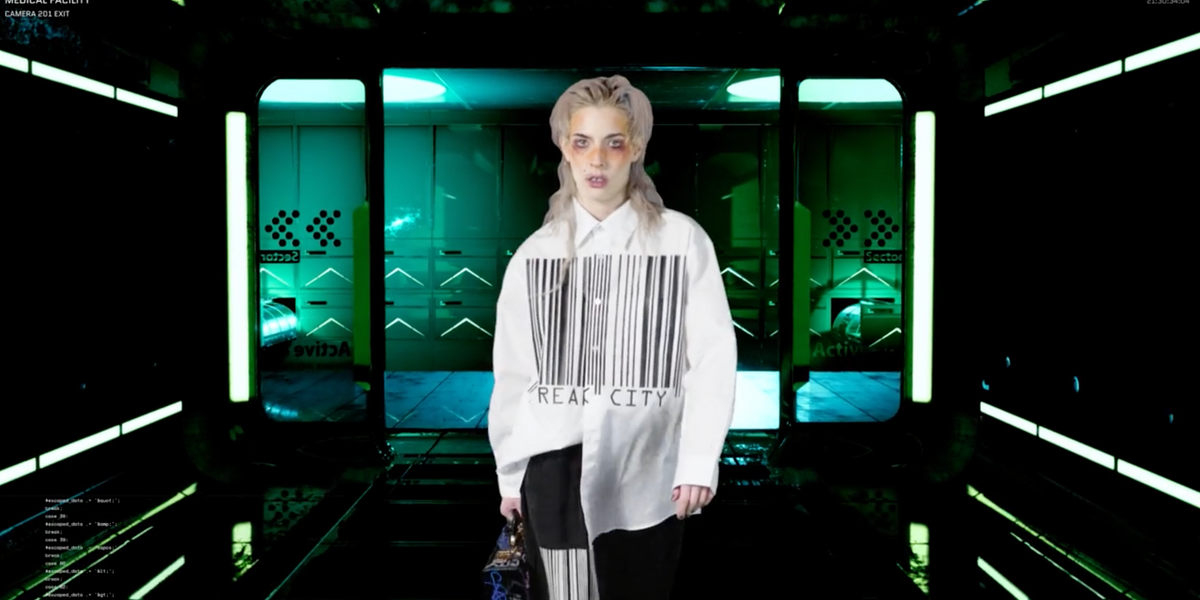 Since its founding in 2008, Freak City has been a go-to spot for underground LA club kids and anyone who identifies as a misfit, outcast or, well, "freak." Celebrities like Paris Hilton, Nicki Minaj and Rita Ora have also been known to rock custom orders from the brand.

Justin Romero and Valerie Campbell, the duo behind Freak City, continue to work on creative collaborations, most recently with Billie Eilish on a merchandise line that sold out quickly. Its latest project, their Spring 2021 ready-to-wear collection, was more than a year in the making.

"We started this collection prior to the pandemic," they tell PAPER. "With the initial onset of the global quarantine, we had to press pause on the entire project, but as the pandemic intensified and became prolonged, our ideas and inspiration became transformed by this uncertainty of the world and its current state of events, leading us back to our studio, creating became more of a therapy for us and we finally felt motivated to complete the collection."

The result is a 17-piece collection and accompanying video titled "Toxic World" that stars friends of the brand like Dorian Electra, Nasty Noona, Kemio and Coileray. "Freak City is known for its diverse and multicultural, multi-gender, hybrid following," they said. "Everyone cast for this film, are friends or friends of friends within the creative community."

Romero and Campbell were reflecting on the current state of affairs, from quarantine and political unrest to protests and economic collapse, while creating this collection. As a social commentary, it's an interpretation of the aftermath of the virus, vaccines and society's data enslavement to machines. "This collection explores the psychology of society more in-depth," they said "From the world becoming a toxic planet, to unrealistic beauty standards, escapism, sexual exploitation and what's socially acceptable."

The collection was meant to be shown IRL but, like many other designers, they were forced to change their plans due to the pandemic. Instead, they had to improvise and create a high-tech video on a green screen for their cast of punks, goths and fashion It-kids.

"To be honest, it was a challenge creating a collection during quarantine," they said. "We had to take so many extra precautions with the production of the video. Each model had their own time slot, and only one person was allowed on set at a time. Our editor, Jude MC, took the extra time to take it to the next level, visually. We love how this project ended up coming out and are super excited to share with you."