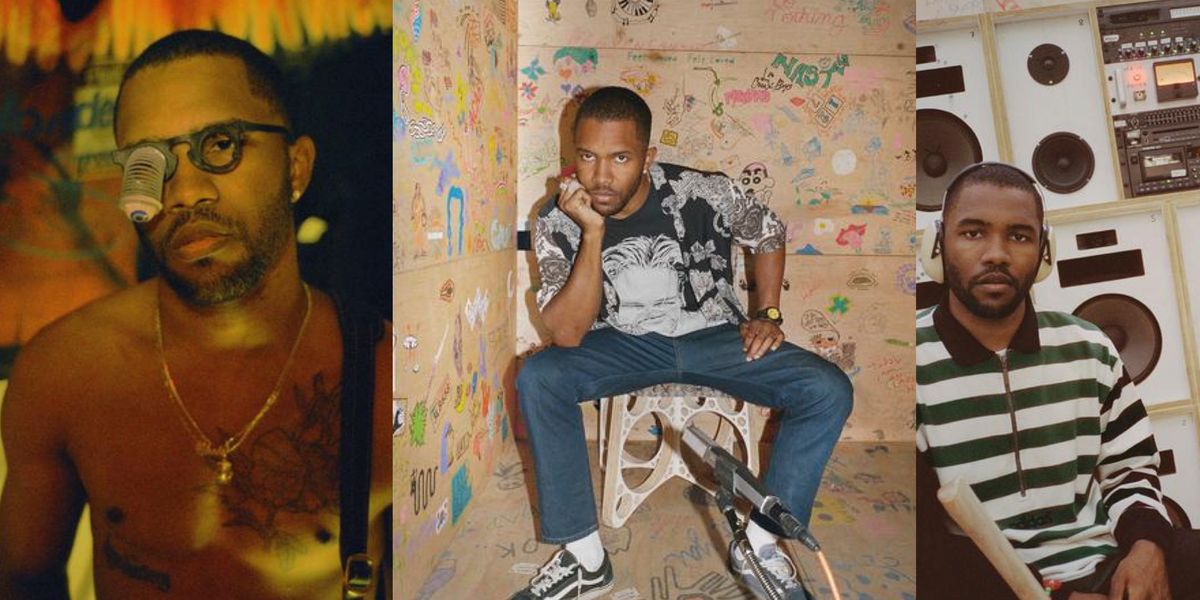 Frank Ocean blessed the world today with a 32-page visual portfolio for i-D. The influential singer posed for two covers for the magazine, penned a short essay in which he ponders fame, fan nicknames and Szechuan sauce at McDonald's, and included over two dozen pages of photos of his life, work, friends and collaborators. "Re: the photos," he says, "as Karl Lagerfeld would say they 'came to me in a dream.'"

"You can answer a lot of questions with 'Yes.' But you can answer many more with 'No.' No is run of the mill. Yes is a gem. Whenever I feel alone I watch live television, something about it being okay on their end makes it okay on mine. Onstage one in-ear is my mic feed and the other one is a Tim Ferriss podcast. I go long periods without talking but I raise my voice when the people on the phone are in loud places. I've never given my fans nicknames because the ones I think of are embarrassing. I'm world famous. I had peace in my twenties. Big Pharrell praying hands those weren't mutually exclusive. If you want to make your 30s sound appealing just mention 'sexual prime.' Re: the photos... as Karl Lagerfeld would say they 'came to me in a dream.' Summer two thousand and seventeen. We leaned into it. Bananaberry flavored candies at the bottom of the cup. I'll never know why or what's with campouts for Szechuan sauce at McDonalds. But I'm way into it. Issa Dreamworld. If you liked two thousand and seventeen then you'll love two thousand and eighteen." - Frank Ocean

"Issa dreamworld. If you liked two thousand and seventeen then you'll love two thousand and eighteen." Go on a creative journey with the visionary cover star of The Sounding Off Issue, Frank Ocean. Link to full piece in bio. Photography Frank Ocean.
A post shared by i-D (@i_d) on Oct 23, 2017 at 5:00am PDT

Exclusively for i-D, The Sounding Off Issue cover star Frank Ocean shares a visual diary of his 2017, and writes an accompanying letter about finding peace, love and Szechuan sauce. Link to full piece in bio. Photography Frank Ocean.
A post shared by i-D (@i_d) on Oct 23, 2017 at 5:00am PDT

Over his six-year solo career, Frank Ocean has initiated compelling conversations around creativity, sexuality and identity. After spending summer 17 on tour, Frank created a 32-page visual document for i-D that makes imaginative sense of his magical summer festival season. Link to full piece in bio. Photography Frank Ocean.
A post shared by i-D (@i_d) on Oct 23, 2017 at 5:00am PDT

All images via i-D