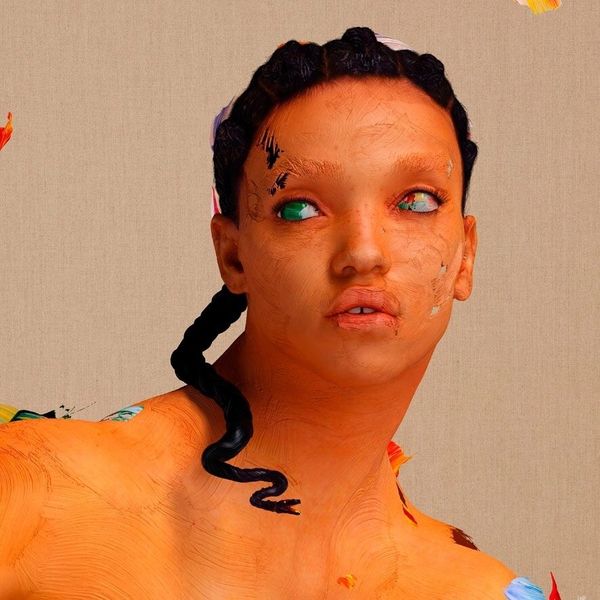 Everything We Know About FKA Twigs' New Album 'Magdalene'

Ever since FKA Twigs released her heartbreaking and surreal single-video combo "Cellophane" (and accompanying documentary about her training for its Olympic level athletic feats), we've been eagerly anticipating her second album. LP1, her break-out debut, was released nearly five years ago.

Twigs gave us a taste of what the album will hold at her performances at the Red Bull Music Festival and headlining spot at Afropunk Brooklyn. Finally, on this blessed day of September 9th, 2019, we have the drop date: Magdalene will be released on October 25th, via Young Turks. Accompanying the album announcement is a new single, "holy terrain," which will be released today (!) at 2:30 PM EST.

Atlanta superstar Future features on the track, alongside production from FKA Twigs, Skrillex and Jack Antonoff. "holy terrain ft. Future" is the second album track we're hearing, and another tantalizing taste of what fans can expect from Magdalene.

Created in a period where her confidence was knocked, following a heartbreak and a number of serious surgeries, Magdalene is the sound of FKA Twigs healing, emotionally and physically.

Related | 21 Artists on the Unique Joy of Performing at Afropunk

"[It] has allowed me for the first time, and in the most real way, to find compassion when I have been at my most ungraceful, confused and fractured. I stopped judging myself and at that moment found hope in 'Magdalene.' To her I am forever grateful," Twigs says of the album-making process.

She sings on "Mary Magdalene," a track from the album she previewed on tour earlier this year, "A woman's time/ A woman's work/ A woman's time to embrace/ She must put herself first."

FKA twigs on Instagram: “my dearest MAGDALENE you beautiful, stoic, ephemeral beast. at times i howled at you to present yourself to me and it was at those times…”

As with LP1, FKA Twigs produced and directed Magdalene at every stage. It was recorded between London, New York and Los Angeles over the last three years and features contributions from Nicolas Jaar, alongside other collaborators. The unsettling, colorful album art is by the acclaimed painter (and long-time FKA Twigs collaborator) Matthew Stone.

If you didn't catch her at Redbull or Afropunk, Twigs will be taking her new songs on tour, starting in November.