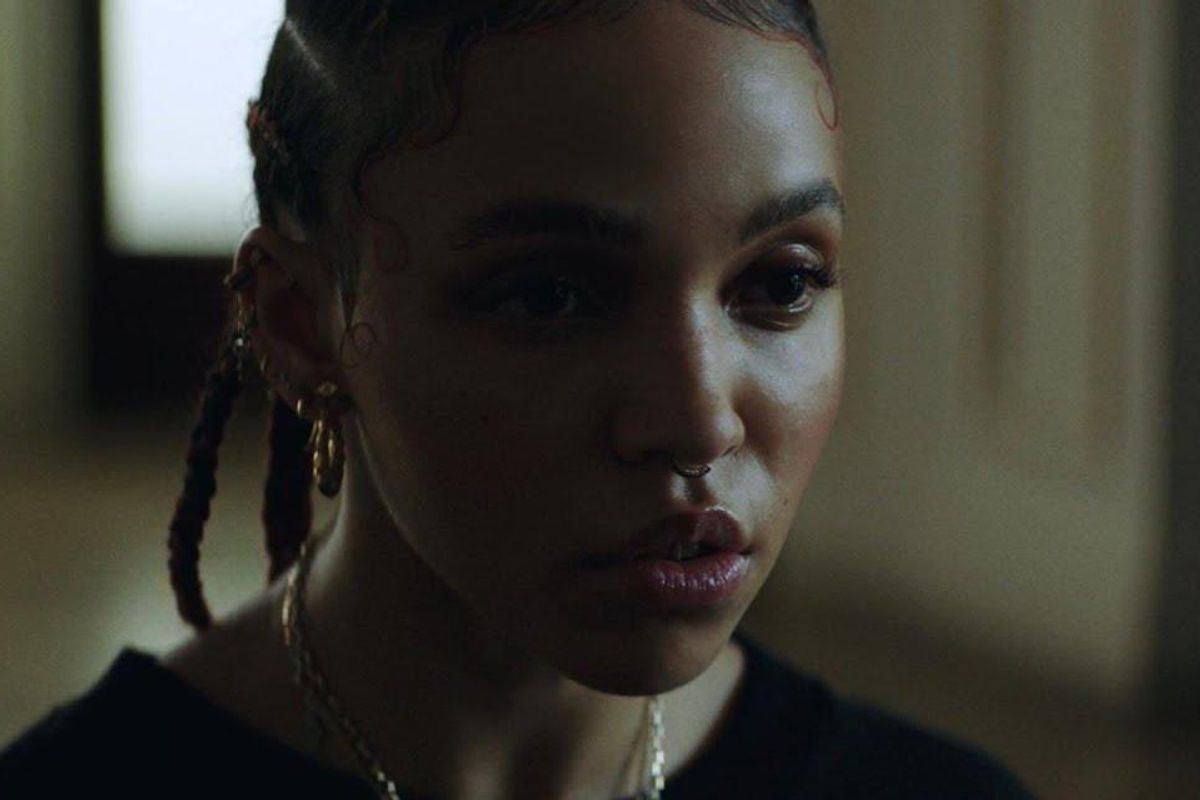 FKA twigs, rapper Headie One and producer Fred Again.. have joined forces once again for their new single "Don't Judge Me." Building off of their previous collaboration "Judge Me (Interlude)" on the rapper and producer's breakthrough 2020 mixtape, GANG, the extended cut not only arrives alongside a new visual but marks the first new single from FKA twigs since her 2019 album, MAGDALENE.

Directed by FKA twigs and Black Is King co-director, Emmanuel Adjei, the video for "Don't Judge Me" sees twigs trying to dance down a hallway only to be dragged back by an invisible force. Elsewhere, Headie One walks London's streets rapping about institutional racism and systematic of oppression. The clip features a cast of contemporary influential Black British activists such as Munroe Bergdorf, Clara Amfo, Efua Baker and more as American artist Kara Walker's Fons Americanus looms large in the Tate Modern's Turbine Hall.

According to Adjei, "Don't Judge Me" stands as an audio-visual document of the two artists and cast's fight "against invisible forces of judgement and oppression..." The director goes on to describe, "from someone's appearance, we are unable to judge whether a person discriminates over color, sex, religion, or gender. The oppressors within the people surrounding us, most often remain invisible until their abuse against others is revealed. This is one of the reasons why, for generations, discrimination is so hard to fight. Who must the victim fight against if it can't identify the perpetrator?"

Related | FKA twigs on Why She Came Forward About Shia LaBeouf

In a recent podcast interview with documentarian Louis Theroux, FKA twigs opened up about her experiences with domestic abuse. The artist recently spoke out about the "relentless" abuse she suffered at the hand of former boyfriend, Shia LaBeouf, and has since sued the actor for assault, sexual battery and infliction of emotional distress. FKA twigs has also recently confirmed that she has recorded a new album while in quarantine and that new music should be on the way.