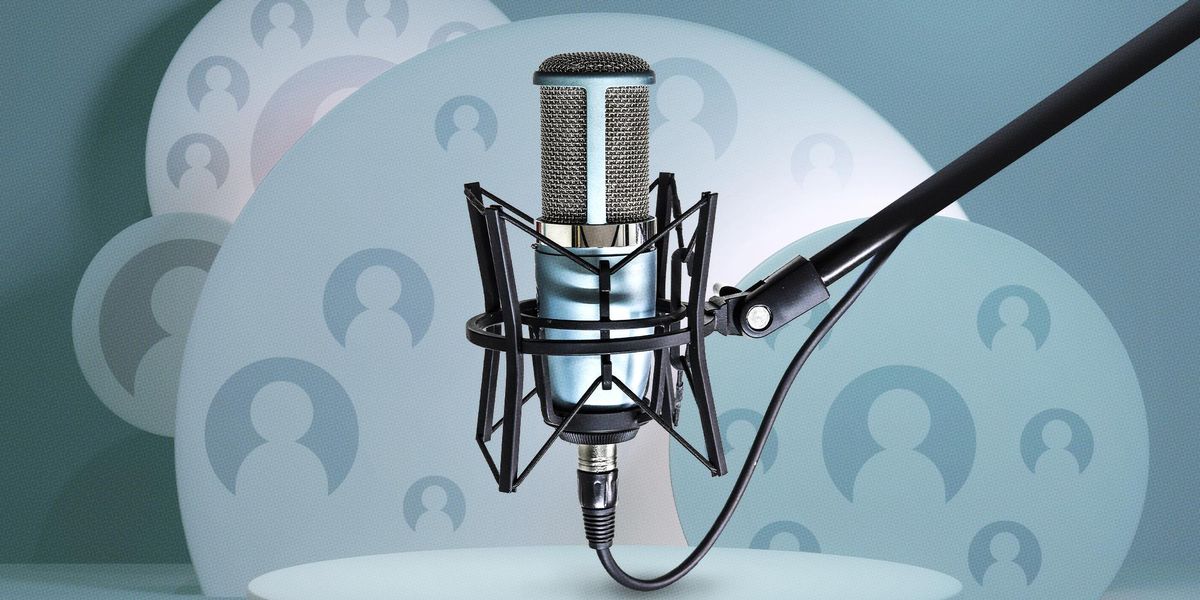 When news of Alexander Wang's sexual assault allegations first spread on social media, hundreds of users flocked to Clubhouse to weigh in on the firestorm surrounding the designer, which evolved into heated discussions around fashion's power imbalances, party culture and predatory behavior.

Related | Where Does Alexander Wang Go From Here?

The invitation-only audio app, which launched in April of 2020 but has taken off rapidly in recent months, has since been used as a platform for fashion insiders and fans to voice their reactions to other industry topics, from Kamala Harris' controversial Vogue cover to Rihanna hitting pause on her Fenty clothing label.

Antoine Gregory, a fashion consultant, archivist and founder of Black Fashion Fair, has hosted several "rooms" alongside Out digital director Mikelle Street and stylist Shannon Stokes. Their most recent Clubhouse meeting delved into the outrage against Megan Thee Stallion's recent Harper's Bazaar cover and turned it into a wider discussion around the nuances of fashion photography and celebrity image-making.

Fashion people are so strange sometimes. They try to flex on you with knowledge that everyone knows anyway. Just ch… https://t.co/d53KdptgtS
— Ayo Ojo (@Ayo Ojo)1613478130.0

"It's important to know what you don't know and to be open to teachable moments," Gregory tells PAPER. "I think fashion is such an interesting topic that is vast and not always approachable. Clubhouse makes fashion more accessible to the casual listener. I think there are people who are your typical fashion people and those who are not who can both enjoy the conversation if done right."

Indeed, the open format of Clubhouse makes it so anyone can listen in and, if they choose, raise their hand to join the panel of speakers once they're approved by a moderator. Those who participate in the fashion discussions come from various backgrounds — students, journalists, models, publicists, stylists, designers, casting directors — but are oftentimes people who work outside or adjacent to the industry.

Related | Kim Russell Is an Oracle of the Diet Prada Age

Because everyone can speak so freely, certain issues with fact-checking are bound to arise, particularly on a topic so layered and multi-faceted like fashion. But some fans of the app appreciate the different viewpoints and perspectives that come with inhabiting a space that encourages open dialogue.

"I've seen a lot of shade thrown at people who speak a lot but don't say stuff of value or maybe don't have the facts down," says Iolo Edwards, founder of High Fashion Talk, a Facebook group for fashion diehards. "Especially by those who are used to having the platform of a publication or a following and hold themselves to standards, maybe expecting too much journalistic integrity for a clubhouse chin-wag. It's obviously not the same credibility as a broadsheet reporting, it's gossip and tea draped in industry robes. Showbiz!"

Louis Pisano, a Paris-based writer and fashion commentator with a mighty Instagram presence, is known for his hot takes and unfiltered viewpoints on fashion. As one of the earliest adopters of Clubhouse, he's seen first-hand how the app has progressed over time as more conversations about the fashion industry take place, not necessarily for the better.

"Fashion clubhouse is an exact microcosm of the fashion industry as a whole," he says, drawing comparisons of moderators to members of the old guard in fashion who set themselves on a pedestal, followed by those whose voices have been "deemed worthy" to be invited on stage to speak to the "masses" or spectators.

"I've come to understand how moderating or being on the stage is the highest form of currency on Clubhouse," he adds. "I've been asked to be a moderator twice on Clubhouse and the both times I got the sense of not really being in a discussion but more so being a supporting actor in someone else's show if that makes sense. I feel like often people create rooms just to live out their fashion industry fantasy, to experience being a main character, to have that Anna Wintour moment where you're running the show."

Pisano adds that he loves a good fashion discourse but when it starts to sound like a lecture or somebody is trying to flex their knowledge it's a total turn off. "I like a room where we can all talk and kiki and share thoughts, where you don't get that sense of the hierarchy of the industry translated through your phone," he says.

So I want to do a clubhouse talking with people at different stages of launching a fashion brand or have launched,… https://t.co/FDCaTpHahM
— Mary-Ann (@Mary-Ann)1610449257.0

Still, others continue to actively embrace the platform's unique voice-only format, despite apps like Instagram introducing similar features. "The idea of having discussions about fashion is not new," says Edwards, pointing to the many online forums devoted to the topic as well as Twitter discussions, Instagram comments section and his own High Fashion Talk group. "I think it will push people to be open to that form of social media instead of the 'one-to-many' model of delivery, which I think is a good thing because I'm tired of people being deified by their YouTube subscribers and Instagram followers."

To be sure, Clubhouse is still fairly new and there will undoubtedly be more conversations about the app's merits as it relates to the exchange of fashion opinions, thoughts and ideas. But Gregory is hopeful that the dialogue he ignites with Street and Stokes continues to be fun and exciting with a bit of education and industry know-how thrown in.

"I would love to see more chats in the form of educating the listener and the speakers," he says. "I think there is valuable conversation that can happen when so many different point of views and backgrounds are involved. It would be fun to build upon the platform in that way."