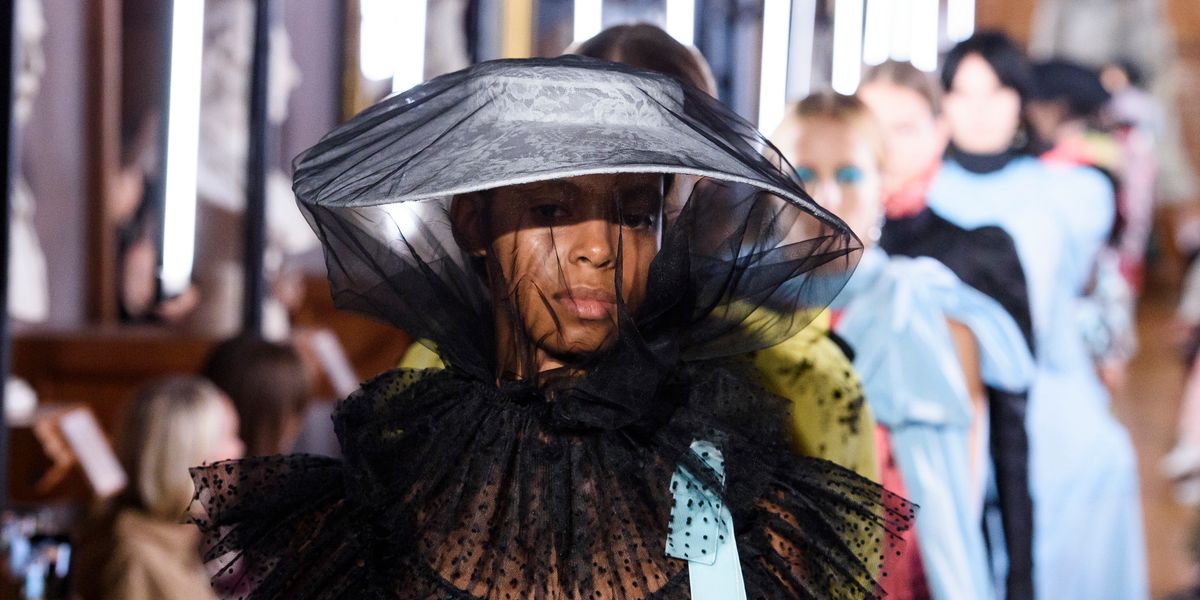 Soon after leaving London's Strand Theater in 1870, Fanny and Stella were arrested and sent to court for the crime of crossdressing. It was the Victorian age and, outside of their lives as famed nightlife queens, Frederik Park and Ernest Boulton lived in a world of cultural repression. Over 140 years later, the duo's plight — and the stories of so many others who've dared to blur the lines of gender — became the inspiration for Erdem Moralioglu's gender-bending spring 2019 collection at the National Portrait Gallery.

"Whether in repressed Victorian times or the hedonism of nineties club land, dressing up or down to explore one's individual identity was a bold act of self-expression," explains Erdem in his show notes. "Fashions change, attitudes come and go, but the courage of dressing to become what you are remains something powerful and primal."

With this mantra firmly entrenched in his mind, the Canadian-Turkish designer's show turned binaries on its head as a mix of models across the gender spectrum walked the runway in billowing, beautiful dresses, slim tailored trousers, and power suits.

Sprinkled among the collection's endless swaths of lace and silk, intricate strings of beads lent a delicate touch. We caught sight of the black beading on everything from baby doll bibs to flats and heels, but it was dangling, beaded coin purses slung from necks that gave the Victorian garments a final punch of sophistication.

Who could've guessed that this would be the season of the funeral veil? Hours after Simone Rocha debuted a collection that included floral-stitched veils, the Victorian headpiece returned once again (albeit in a much more somber variety) for Erdem's spring 2019 show. Wide bonnets came wrapped in thick black lace that turned even the most frilly and floral of them into the visual epitome of a Lana Del Rey song.

This minute detail in such a maximalist collection is our new obsession. Give us sheer shimmering socks or give us death.