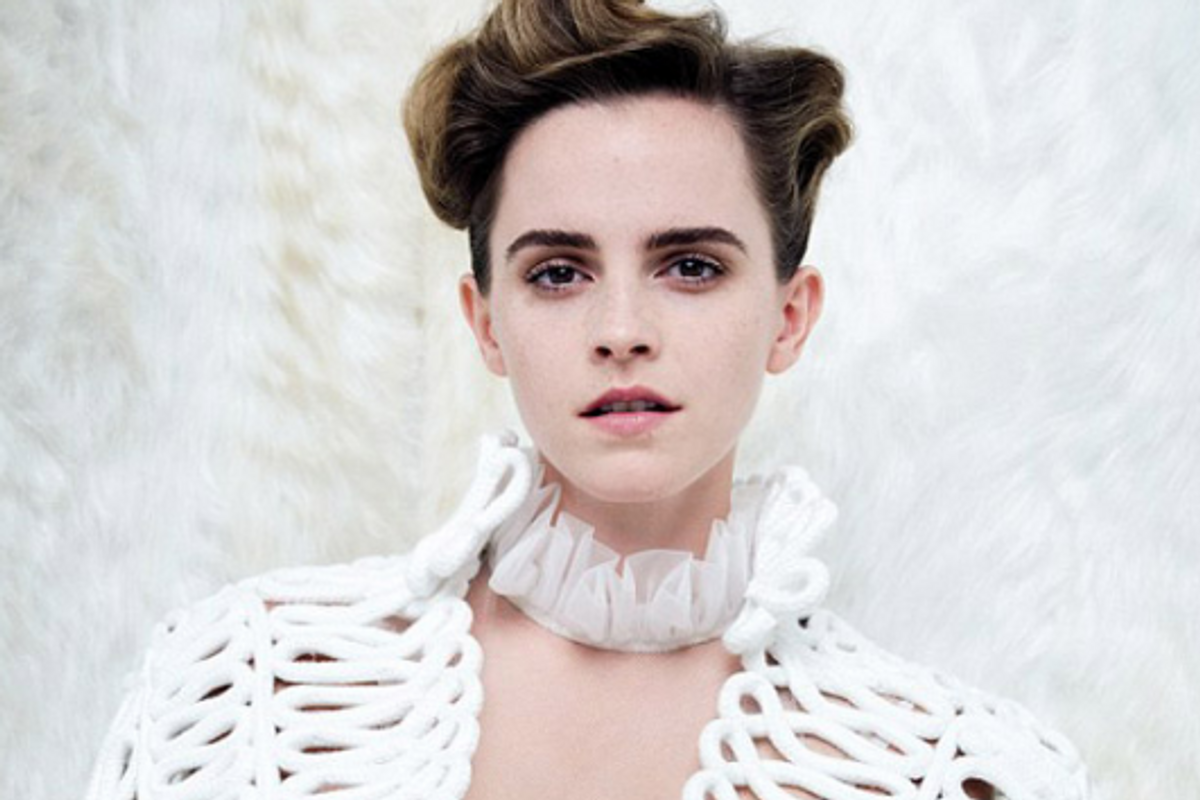 Emma Watson has rightfully schooled critics who had the nerve to claim she shouldn't be taken seriously as a feminist because she posed with parts of her breasts exposed on for Vanity Fair.

Julia Hartley-Brewer, radio presenter, commentator and clearly idiot, tweeted out the picture of Watson with the caption: "Emma Watson: "Feminism, feminism... gender wage gap... why oh why am I not taken seriously... feminism... oh, and here are my tits!"

Although much of Twitter came together to launch a collective counter attack on Julia (spearheaded by this excellent man), on the press tour for Beauty and the Beast Watson was still asked to weigh in on the hate.

Responding with real candor, the 26 year-old actress said she was "quietly stunned" by the response and that she did not know what "her tits had to do with [feminism]," before teaching Hartley-Brewer exactly what feminism means.

Shout out to sweet baby Matthew Crawley (Dan Stevens) who, in an effort to keep it light, tries to redirect the conversation by reminiscing on the time Tim Walker (the photographer behind Emma's Vanity Fair cover) taking photos of him with flowers in his beard. Emma was not having a bar of that, though, no no.

"I'm confused, most people are confused," she continued.

We are indeed. Confused...and disappointed.