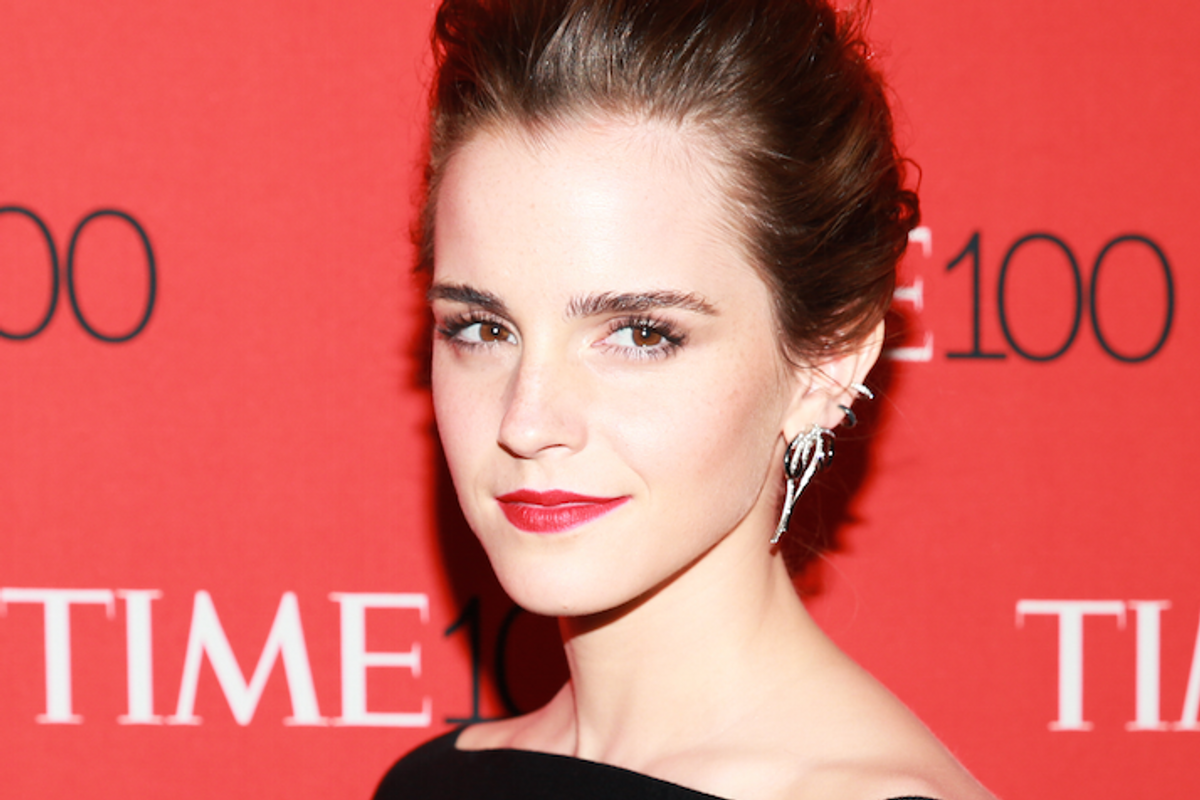 Hollywood is clearly on a PR mission to ~diversify~ and as a result is casting blockbusters with female leads, which is definitely a great thing, and yet a lot of dudes aren't really here for it.

Why is that do you think? Perhaps because most men have the maturity of a baby petunia? Run-of-the-mill misogyny? Probably, but according to Emma Watson, there's more.

In an interview with Marie Claire Australia, Emma takes a crack at analyzing the backlash to films like Star Wars and Ghostbusters that have recast male characters with female actors or merely pushed for more female heroes.

"It's something they're not used to, and they don't like that," she told the magazine. "Anything that deviates from the norm is difficult to accept. I think if you've been used to watching characters that look like, sound like, think like you, and then you see someone [unexpected] up on the screen, you go, 'Well, that's a girl, she doesn't look like me. I want it to look like me so that I can project myself onto the character.'"

Watson also added that women, who are wired and/or conditioned to be more empathetic, can essentially get on board with any story – regardless of gender of the protagonist.

Women are great about that," she added. "We see whoever is on screen and recognize the human qualities in the man that we relate to, and there's not such a gap. But for some reason, there's some kind of barrier there where [men] are like, 'I don't want to relate to a girl.' I think it is inherently part of the problem."

You're damn right, Emma, one of many, many parts of the problem.