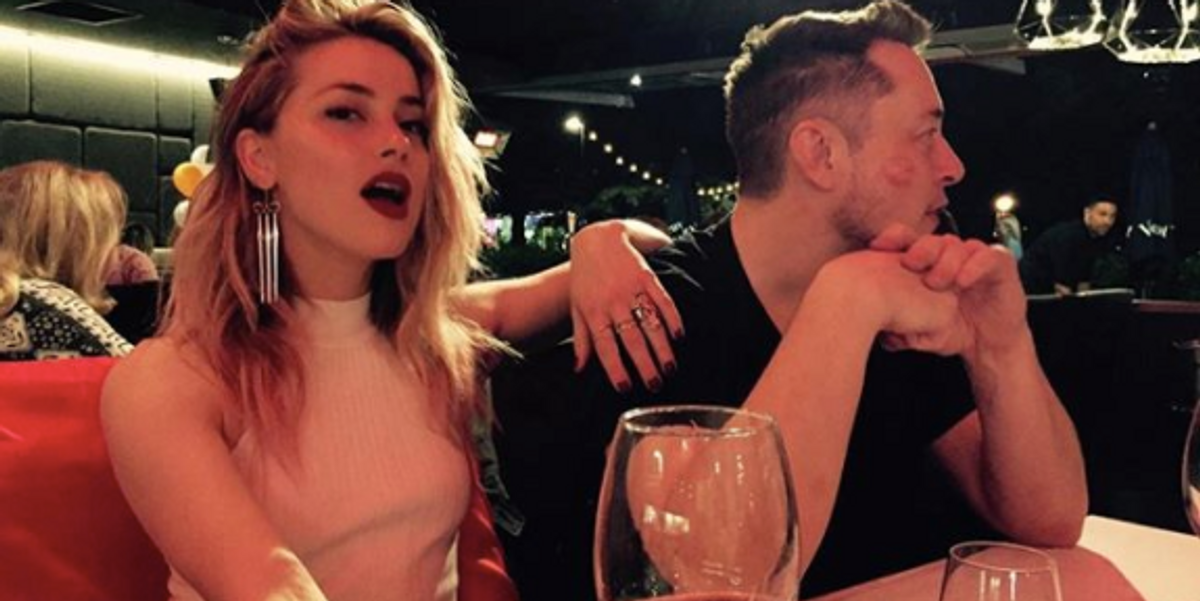 Elon Musk and Amber Heard Broke Up This Weekend

Musk was Heard's long-time admirer even before she divorced her then-husband and obscene shopper Johnny Depp. The two have spent the last year traveling the world, going on adventures and whispering sweet nothings to each other about Ayn Rand, but US Weekly reports reports that the two are simply too busy to maintain their relationship. (Heard is currently filming Aquaman, and Musk is working on building a high tech train loop from New York to Washington, D.C.).

Pour one out for another celebrity couple gone, and for the crazy wedding-on-Mars photos we'll never get to see.