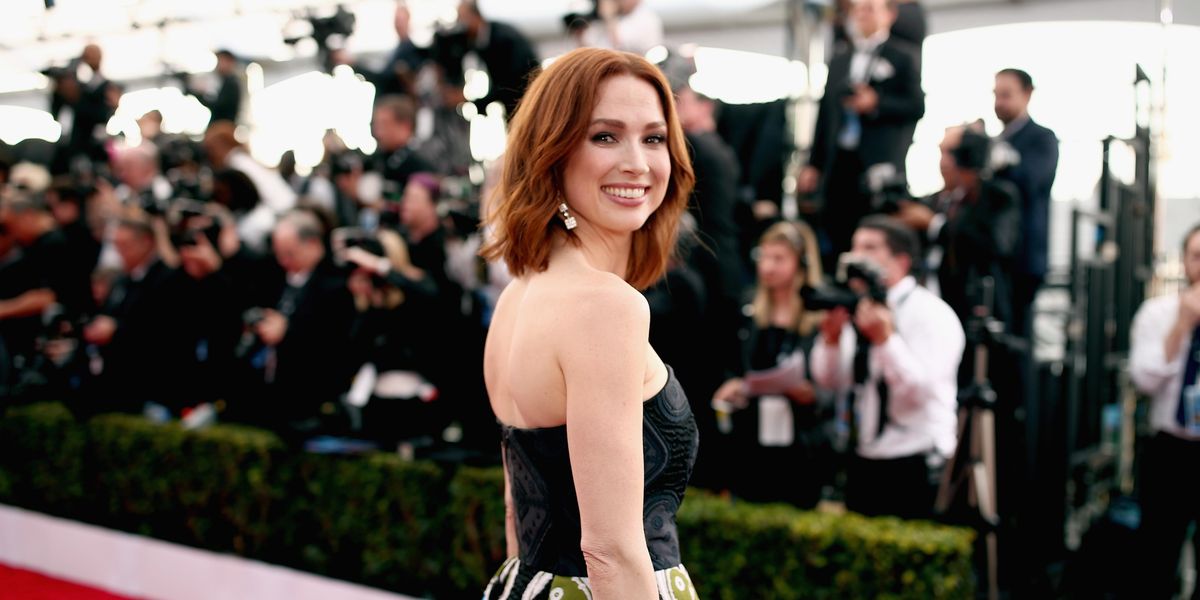 Ellie Kemper Was Crowned Queen of an Allegedly Racist Ball

Ellie Kemper has recently come under fire thanks to her appearance at a ball over 20 years ago due to its rumored ties to white supremacy.

Every year, a person gets chosen by a group of local elites to play the role of the Veiled Prophet anonymously, who then chooses a "Queen of Love and Beauty" to dance with and receive gifts. The Veiled Prophet apparently gets dressed in a Ku Klux Klan-style white hood and robe in addition to being armed with weapons.

In the picture surfacing, Kemper stands in front of other white people, wearing all white and smiling. There's nothing outright offensive about the image, just the implications, based on reported history, that the event has longstanding racist ties.

According to the event's website though, this isn't the case. "Each year, approximately sixty to seventy young women are chosen for their outstanding community service efforts and walk down the magnificent 72-foot-long Veiled Prophet runway in fashionable couture gowns, and in front of family and friends, are presented and honored for their contributions," an event description reads.

Although it started to first welcome Black members back in 1979, only after years of protests from civil rights group Action Committee to Improve Opportunities for Negroes, the Veiled Prophet Ball still draws controversy — as apparent by what's happening with Kemper's image in the fallout from the picture circulating online.

"Many things have changed since 1878, but the Veiled Prophet Organization will always continue its largest gift to the community: A spectacular parade that has become one of St. Louis' most enduring family traditions," says another description on the site.

As of this writing, Kemper has yet to address the picture.