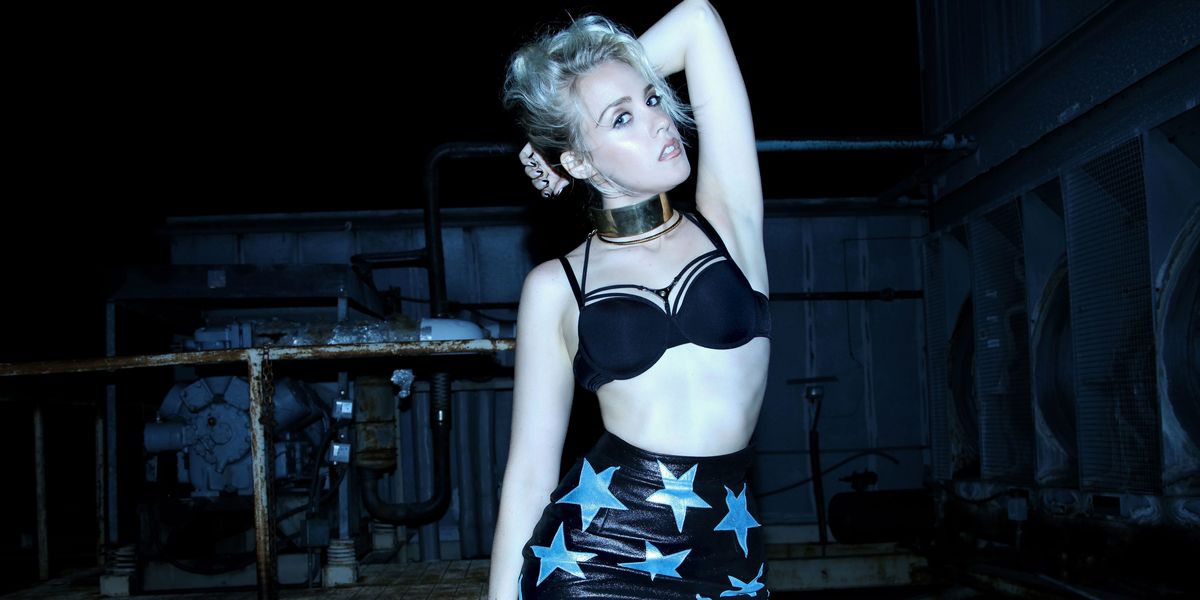 When Eden Xo recorded "Cinematic Goodbye," the Los Angeles-based pop star was so "hysterically low" that she didn't recognize the person staring back at her in the mirror. The new track, which pairs sparse, melodic guitars with Eden's earnest vocals, is about going through "an unimaginably painful breakup, and feeling so detached from it all like you're watching yourself in a movie," she says.

And it certainly captures that sentiment, with lyrics that severely dramatize the feeling of losing someone you once loved. "Now the spell is broken/ We're going up in smoke/ I am left here choking/ Cinematic goodbye." With its stripped-down production, Eden's passionate voice takes center stage. "I kept telling my producer I wanted Bourbon to 'warm my voice up,' but really I was trying to black out. I think it's why it turned out as raw as it did."

The "Cinematic Goodbye" video reflects Eden's honest songwriting, recorded in one take with her friend and director Noel Maitland. She says he hadn't heard the song prior to filming, and used a vintage Hi8 camera to capture the track's feeling in real time. The way it zooms in and out, racking focus "feels a bit voyeuristic," Eden says, "like you're catching me in my most vulnerable moment alone in my room."

With its high drama and heart-wrenching emotion, "Cinematic Goodbye" represents a shift in the glossy dance music Eden's known for releasing. Last year, she dropped her sunny Travis Mills-assisted standout "Say That Again," and the impossibly catchy sex positive anthem "Drips Gold," featuring Raja Kumari. Her 2014 breakout single "Too Cool To Dance" solidified Eden as an alt-pop star to keep on your radar.

Watch the PAPER premiere of "Cinematic Goodbye," below.