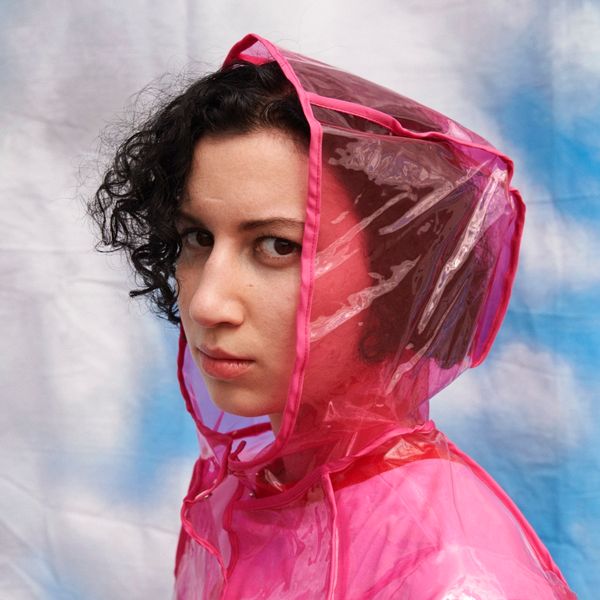 While this year has been less than perfect, it's safe to say E^ST, the moniker of Aussie singer-songwriter Mel Bester, is having a pretty good one. Despite delaying the release of her debut album I'm Doing It due to the pandemic, the rising star has finally released her first LP on July 31 to rave reviews. Even Michelle Obama is a fan, adding E^ST's song "Friends" to her new playlist off the first season of "The Michelle Obama Podcast."

Following her album release, E^ST is sharing a behind-the-scenes look at her recording process for I'm Doing It, exclusively with PAPER. The series is made up of two videos, one containing a deep-dive into the inspiration behind the new music and the other sharing insights into her creative process.

Below, hear from E^ST on the hurdles of releasing music during a pandemic, and how this album marked a shift in her creative process.

The album release was delayed because of the ongoing pandemic. What led you to finally release it, about a month after the original release date?

At the time we weren't sure how things with COVID were gonna pan out, so we were hopeful that maybe if we delayed a little bit things would be starting to get back to normal-ish! How innocent and naive we were.

How did the making of this record differ from your earlier releases?

Most of my previous work was made with lots of different people, and the songs were pulled from different times and places to make up EPs. This album was all made with one person, Jim Eliot, and after our first week working on it in Sydney, we met up a couple of months later in Wales and bunked away for about six weeks to finish it. It felt a lot more intense and intentional than my previous approaches, and this album truly feels like a chapter in my life.

In the BTS videos, you allude to how your songwriting process has changed, and how you let yourself accept sadness rather than process it in a musically lighthearted way as you had in the past. What led to this change?

I suppose that just came with growing up. It takes time to learn how to deal with things head-on, and I think I'm still learning how to do that. But I still like to play around with contrasting lyrics and melodies because I like the trickery of it, but sometimes a song calls for just being what it is.

"I'm Not Funny Anymore" is one of the more serious tracks off the record. Did it feel cathartic to write a strong piano ballad?

Do you think there's a track on this album that best captures where you're at in your life right now or a favorite track?

Maybe "Turn" best captures where I'm at right now... I'm hoping for some change in my life. And my favorite song changes all the time, but at the moment I think my favorite is "Found Somebody."

You have quite a colorful persona. How do you think that translates to your music?

What can we expect from you next?

Honestly, I'm not keen on rushing into anything new! I poured a lot of myself and creativity into I'm Doing It, and I think I want to take some time to build up inspiration again.