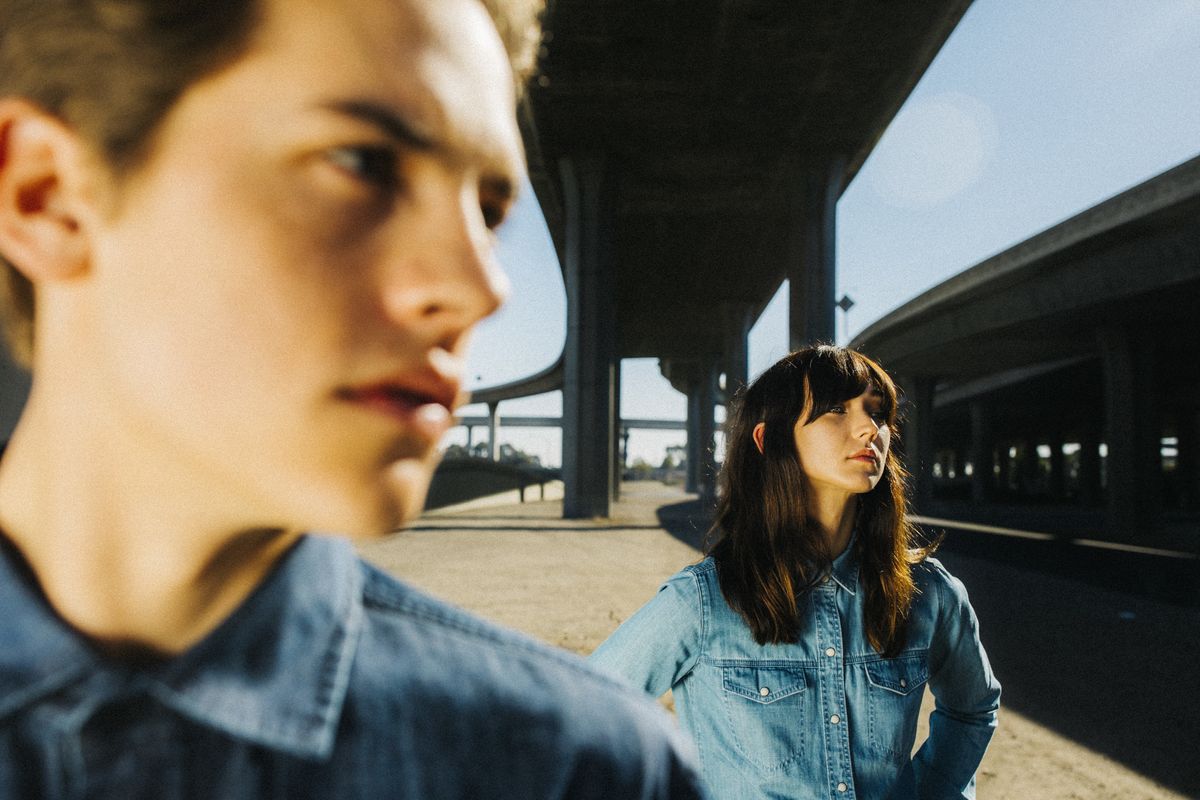 For those of you looking for some afternoon relief with arguably two of the planet's most gorgeous people alive, we bring you talented model/multi-hyphenate twins, Dylan and Cole Sprouse, whose latest work can be found in the new spring J Brand campaign (Apparently they love J Brand jeans just as much as Billie Lourd).

According to a press release, the campaign is "1970s Sissy Spacek meets the villain in 1999's cult film Cruel Intentions," which is... a vibe. It's like every movie you've ever seen where the good girl protagonist and her bad girl foil form an unlikely alliance, but in this film, rather than conquer boys or the world, they decided to make clothes together.

In the shots, Dylan is the muse to Valentina Ruby, who co-stars in the ads as the muse to Dylan, who are both the muses for brother Cole, a fashion photographer of note in his own right, who is working behind the lens. The whole thing goes down under a raised highway ramp, because this takes place in America, specifically, LA.

This is a lot of sex appeal for one campaign, so we'll try to describe the clothes in J Brand's spring collection, which focuses on monochromatic styling in neutral colors. In the images, Dylan gives his best James Dean in ripped jeans and suede boots ("I think jeans should generally be worn with boots or cuffed at the bottom if worn with sneaks or, if you like freedom, sandals," he says).

Meanwhile, Valentina looks artfully disheveled in shirts with exposed buttons and off-the-shoulder trenches. And there are his-and-hers denim tuxedos, because why not? Dylan and Valentina are selling it all. I'd like one of everything, please.