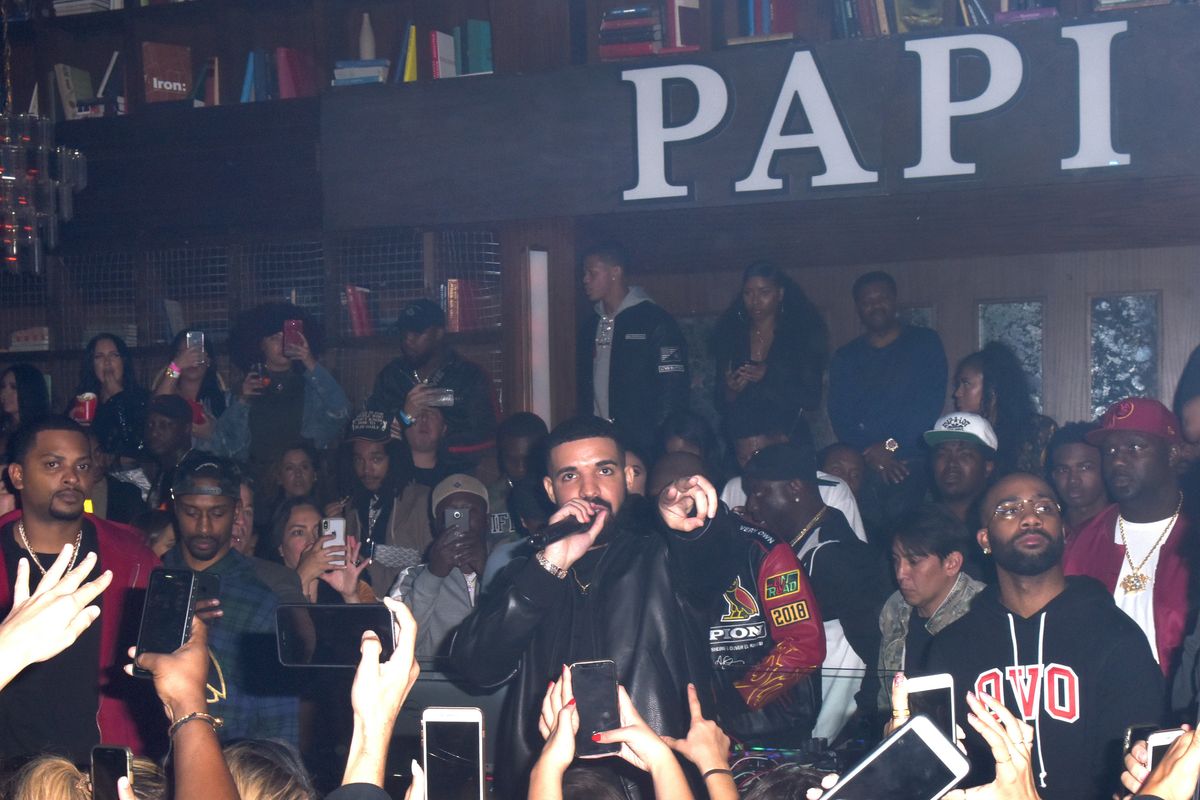 Everyone Listened To A Lot Of Drake This Year

100 years from now, historians will turn to Spotify streaming statistics in order to determine what the late 2010s sounded like. Huh, they'll think to themselves while running the numbers. They sure did listen to a whole lot of Drake back then. The rapper has once again been crowned Spotify's most-streamed artist of the year, after topping the same list in 2015 and 2016. (Ed Sheeran took 2017.)

As Spotify's most streamed artist of 2018, Drake had the most listened to album (Scorpion) and track ("God's Plan") of the past twelve months. Altogether that amounts to a grand total of 8.2 million Spotify streams. Did Scorpion's 25 tracks give him an advantage? Probably. On the global artists ranking, Post Malone came in second, followed by XXXTENTACION, J Balvin, and Sheeran.

Women artists got their own list: Ariana Grande is number one, with her songs streamed more than three billion times. She's trailed by Dua Lipa, Cardi B, Taylor Swift, and Camila Cabello. The most streamed groups were Migos, Maroon 5, BTS, Imagine Dragons, and Coldplay.

It sure has been a year. Can you believe "In My Feelings" was only like four months ago?