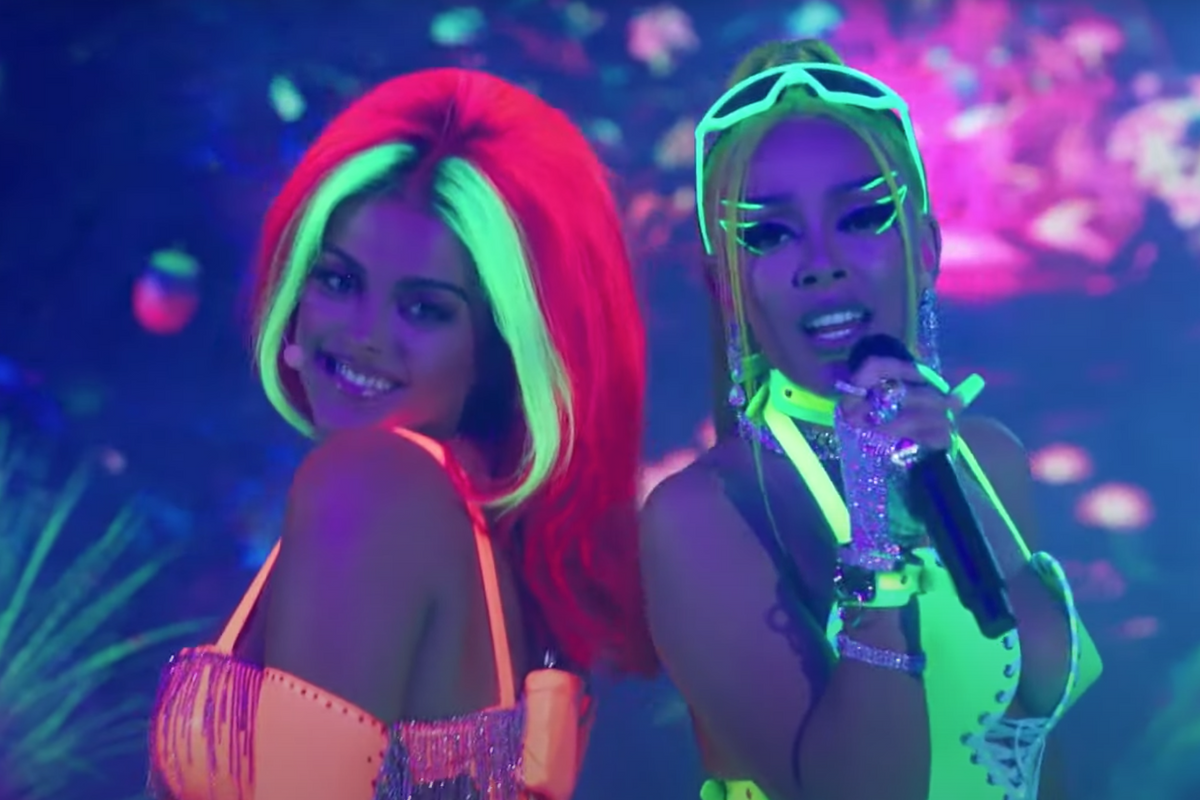 If you needed proof that Doja Cat is a certified superstar, last night's takeover of late night television should have done the trick. Appearing on The Tonight Show Starring Jimmy Fallon and Jimmy Kimmel Live in a set of performances that could have only been accomplished during the pandemic, Doja Cat also made her case before being one of the most talented performers of her generation.

For The Tonight Show Starring Jimmy Fallon, Doja Cat joined Bebe Rexha for a forest-y show of "Baby, I'm Jealous" that took advantage of the beauty of nature. After Rexha's opening grove, Doja Cat joined the stage in an electric-green corset while she rapped and sung her intense guest spot. Feeling the moment, she also began grooving back and forth after her verse ended.

For her second appearance of the night, she joined reggaeton star Ozuna on stage in a spectacular performance of "Del Mar." She elevated her corset game once again with a pearl-heavy ensemble that's unlike anything that you've ever seen before in your life. Her signature hip bounce came back even fiercer than before.

Prior to this, Doja Cat was the talk of the internet after a legendary performance at the Billboard Music Awards last week. Wearing a bodysuit that was inspired by the style of the 1920's the singer performed "Juicy," "Say So," and "All That." She performed some captivating footwork that further affirms her to be a one-of-a-kind musician.

Doja Cat recently revealed that she lip synced her performance in a hilarious new TikTok upload. In the clip, she channeled Nicki Minaj as she repeated her talking for a video, with it captioned, "How I learned to lip sync as realistically as possible for billboard."

Check out Doja's two late-night performances up above.