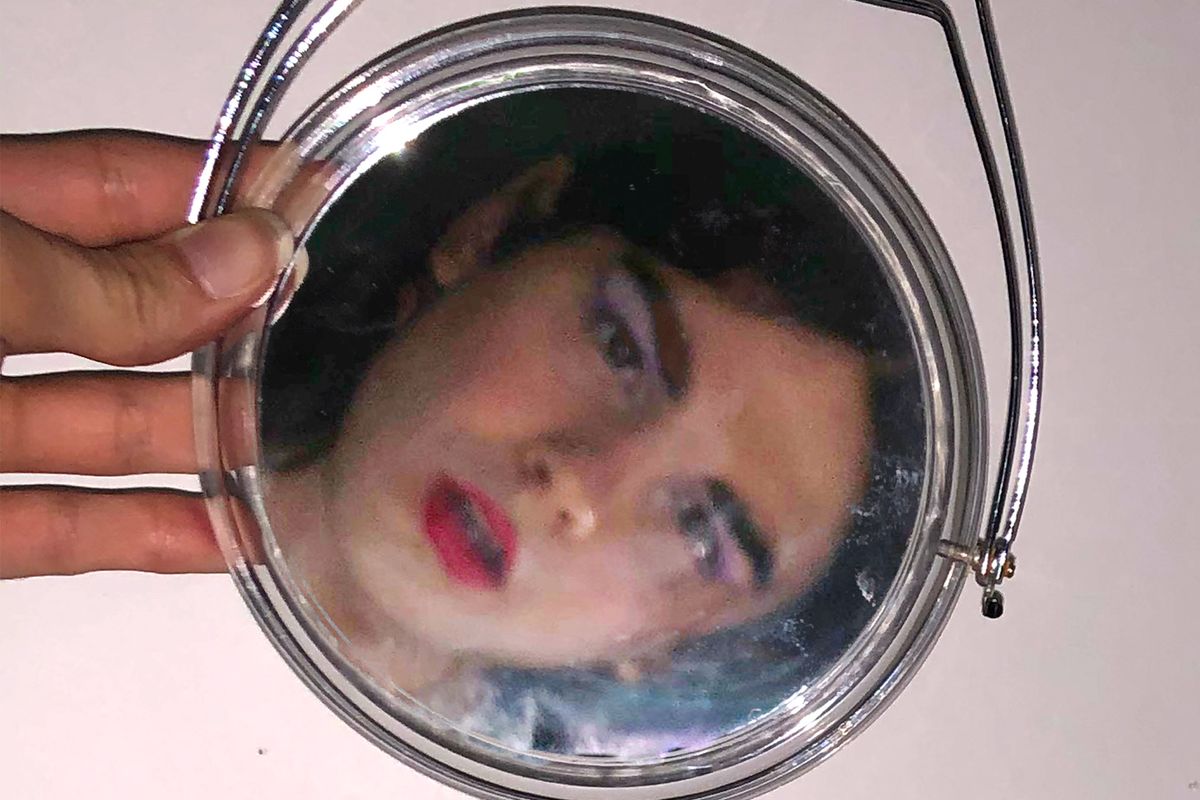 Folie Sends a Love Letter to Her Panic Attacks on 'Cortisol'

Perhaps best known as being responsible for activating our "fight-or-flight" response, cortisol is the body's main stress hormone. It elevates your heart rate, raises you blood pressure and kicks the body into overdrive, flooding the brain with blood and oxygen allowing it to dilate time as it makes a snap decision. An evolutionary defense mechanism designed for self-preservation, cortisol when left to run wild can wreak havoc on the body, causing panic attacks and potentially a whole host of other problems. It's a double-edge sword the upstate New York producer and songwriter Folie knows all too well.

The latest addition to Dylan Brady's Dog Show Records family, Folie grew up on a diet of emo, grunge and rap before discovering EDM artists like Skrillex and Deadmau5 which would inspire her to try hand at making her own music. Coming up alongside close friend and fellow label-mate Gupi, Folie's music explores a more experimental yet playful approach to the burgeoning hyperpop genre. Meshing SOPHIE-esque sound design with the giddy irreverent energy of 100 gecs, Folie describes her production style as having a penchant for "dumb" sounds, "the sillier and more ridiculous the better," (and given Dog Show's roster, she's in good company).

Related | What the Hell Is 'Thos Moser?'

Her debut single for Dog Show, "cortisol," is a dizzying bop about spinning out and your body betraying you while learning to love that part of yourself nonetheless. Full of seesawing metal scrapes and creaking bedsprings, the structure of"cortisol" cleverly follows the rise and fall of a panic attack wildly swinging back and forth before suddenly spiking into a blood-pumping beat and then just as abruptly coming back down.

On the flip side, "cortisol's" sister single, "ragoon," doubles down on the high levels of energy with shredded guitars and high-intensity maximalist drops as Folie reflects back on complex feelings related to gender and identity at the end of a high school relationship. An equally stunning gem of a track, "ragoon" pulls no emotional punches while also making you want to just flail your arms and bounce around your room without a care in the world.

We caught up with Folie ahead of the PAPER premiere of the official music video for "cortisol" to dive into her inspirations, her influences and how she deals with stress.

Oh gosh, I'm not sure I think I'm still figuring that out. I try to do something drastically different each project. Who knows if I'll ever find a sound.

What was the inspiration behind "cortisol" and "ragoon"?

"cortisol" is a 'love letter' to my panic disorder. I have panic attacks a lot, they suck. "ragoon" is like a twisted 3+ min rehash of the tail end to my high school relationship. Hiding from my mental illness in the safety of a relationship at the expense of my partner, and furthermore expressing my repressed femininity through her. High school is fucked up — can I say "fuck" on PAPER Magazine?

How did you go about translating that into the visual?

Oh, I mean quar*ntine just hit when I filmed that so a lot of my original plans for the vid were out the window. I just wanted something uncomfortable and disorientating for the song about panic that feels like dying. I got the idea to tape my phone to the ceiling fan and it kinda just spiraled from there.

My friends: Mac, Pat, James, Spencer [Gupi] (that kid just knows how to be himself in a way I've been struggling to for awhile, Fraxiom too tbh, it's inspiring). Tons of others — I'm just trying to name my friends on PAPER now tho. Also, I've been sick of irony in the appreciation of music and art, 100 gecs have done something really special in stripping that away and being like "let's just stream 'pretty rave girl!'"

What environment (real or imaginary) would be the ideal place to experience this song?

The shower. Especially "cortisol." Nothing stops a panic attack for me like a nice hot shower.

Cortisol is the body's stress hormone, when was the last time you were stressed?

I'm kinda rehashing the answer from before but I get panic attacks often, it's like a cycle of getting scared of having one and the stress of that induces one.

What does the future hold for Folie?

Fuck if I know, I'm still waiting for Dog Show to say psyche.