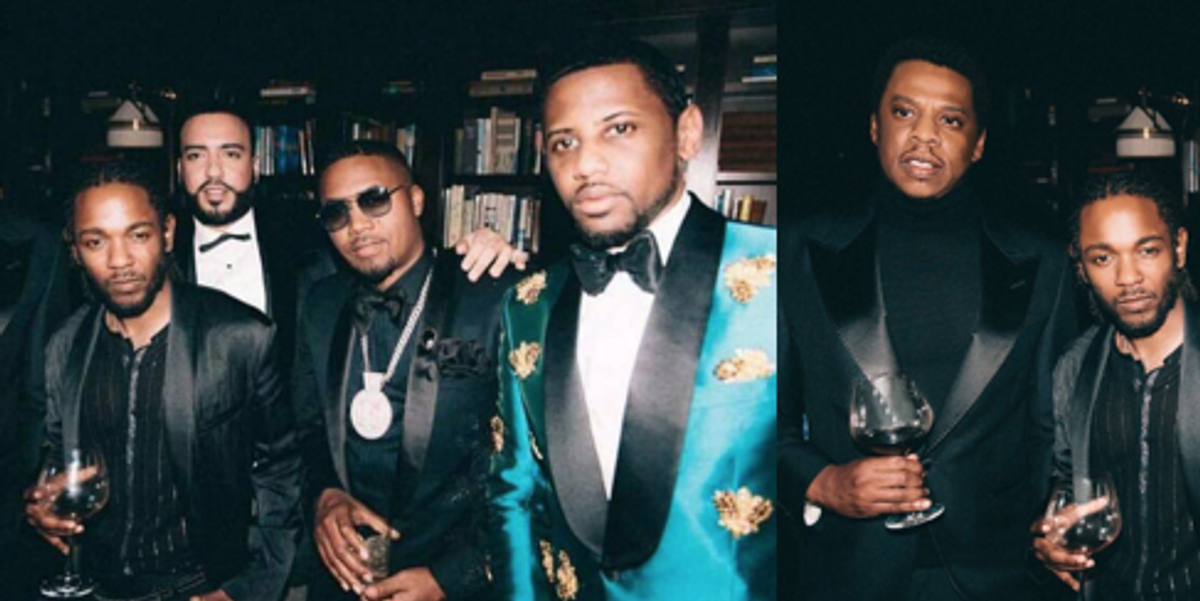 Diddy — aka Brother Love, Sean Combs, Puffy, et al — has a reputation as one of hip-hop's true Renaissance man. A rapper who can dance, a businessman who can dress, a reality TV mogul who's grounded in himself: Diddy does it all. And it turns out he's handy with Photoshop, too!

After Sunday's 60th Grammy Awards in Diddy's hometown of New York, he tweeted this photo of Jay-Z, Kendrick and Nas, dubbing the iconic trio the "3 Kings" (and more importantly, "3 great friends.")

Upon further Twitter investigation, though, it became apparent that Diddy not only cropped out Fabolous from the photo's right side to get a better ratio for his three best friends, but he also straight up edited French Montana out altogether from the background, replacing him with some books (???)

Diddy Crop and Diddy Photoshop all the negativity in your life. pic.twitter.com/3nzLqkpNxb
— Wanna (@WannasWorld) January 30, 2018

At least on record, Diddy and French have no beef, but Diddy has a pattern of editing people out of his photos for no apparent reason (other than that he wants to). Who can forget when he cropped out Kylie and Kendall Jenner out from his #blackexcellence Met Gala photo?

Diddy does what Diddy wants. He's also apparently that friend that peer pressures everyone to take shots:

Clearly, the man contains multitudes, and a fierce way with Photoshop.