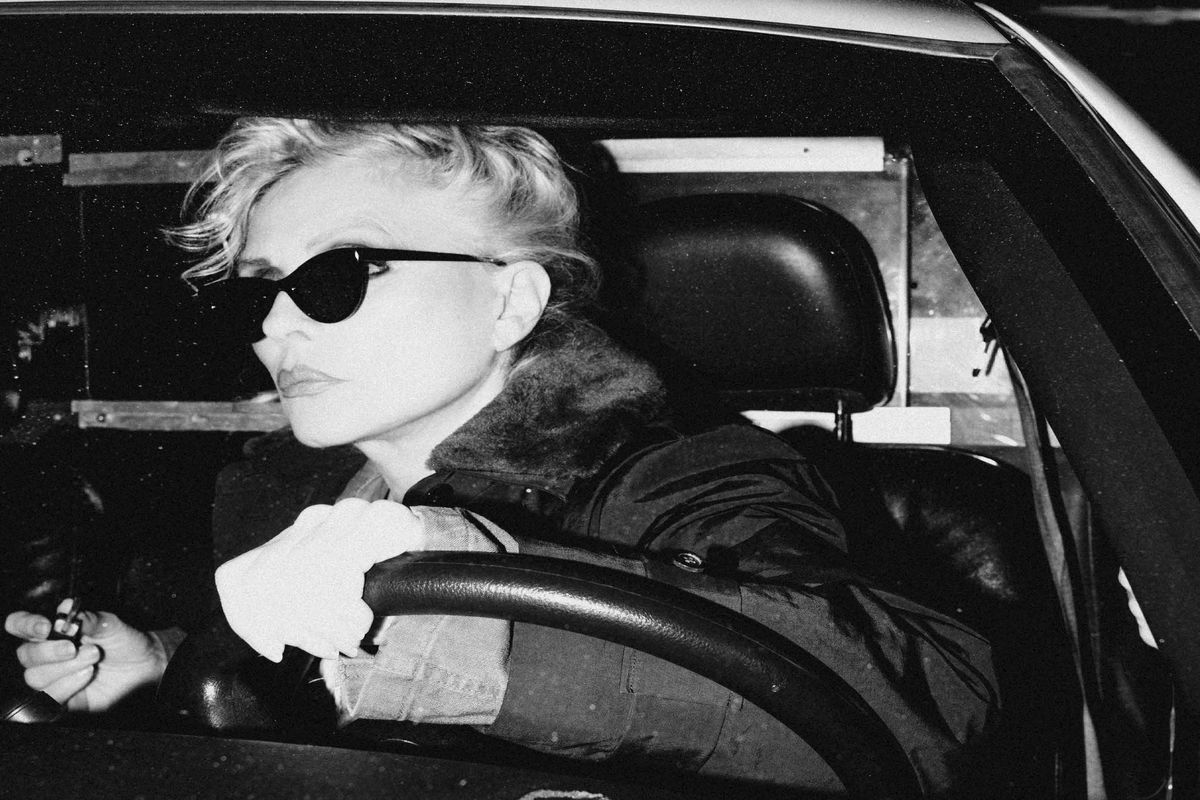 Few embody punk — both spiritually and sonically — as much as Debbie Harry. Even fewer have been doing it for more than 40 years, and Blondie's front woman shows no signs of stopping anytime soon. She's writing new music as I write this. She's tireless; I'm 28 and need to lie down after I respond to one email. She is countless people's idol (including yours truly), across generations, and now the seminal rock figure, incandescent songstress, and on-the-whole multifaceted global force is making her mark on the music-memoir genre with her tell-all, Face It, out now from Dey Street Books.

Face It upends the conventional music-memoir by infusing an already rich narrative with Harry's one-of-a-kind sense of humor — a tenet she abides by when approaching any triumph or downfall. With an introduction by Blondie co-founder Chris Stein, Harry's engaging graphic memoir includes elements of fan artwork and rare personal photos throughout the book. Adding a visual element emphasizes the rich texture of Harry's life story, from growing up as a New Jersey tomboy to captivating the '70s music scene alongside colleagues — The Ramones, Television, and David Bowie — to her successful acting career (she's starred in more than 30 films, including David Cronenberg's Videodrome and John Waters' Hairspray).

Harry delivers a no-holds-barred cinematic portrayal of an artist whose trajectory to cultural icon was shaped by her own moxie, determination, and sheer display of unbridled talent.

PAPER caught up with the face of New York to talk about persona, growing pains, and what it was like to capture how her life and career has played out over the past seven decades, below.

I'm obsessed with the concept of persona, because it's very much a thing in New York nightlife. It's multigenerational, from Candy Darling to Lady Gaga to everyone in-between. We shape our personas for different reasons: to hide behind them, to liberate ourselves from insecurity, to create a space to be someone we might not have the opportunity to be anywhere else — it really depends on the individual. As Blondie, how do you feel your persona shaped you?

I don't know how to separate [Blondie] from myself. I think that we evolve: we learn more, we accept more, we eliminate things — at least that seems to be the process for me. As we age, I think that people accept themselves more and stop beating themselves up as much. And, as you and I know, what is accessible changes. Thank god for that! We live in a smarter and more-humane way now. But sometimes growing pains are just that, painful.

Has becoming Blondie provided solace from any of those growing pains?

It has certainly been surprising; it's been an eye-opener. You never know where you'll find [solace] from. I don't know if I can remember every step of the way, but I do know a lot of it has to do with the people I've made friends with and learned from in the New York scene. [New York] wasn't as prohibitive as some other places might have been, but it's a lot to accumulate as a performer, artist, and as a person in general. I worked with a lot of different people, from a lot of different walks of life. It served me well to be inclusive in my thinking, and not exclusive.

Punk is in your DNA. Everything you do is punk. How is this book punk?

Punk, in the final analysis, to me, was always about a time period, almost like a time capsule, and not necessarily about a particular style of music. That also speaks to evolution and how things break down through media over time. Punk has become a style of music, which is fine. I can't argue with that. But initially, it was a time period, and it was many different types of art: from bands to performers to theater, painting, and photography as well. We were all feeding off one another.

But, as far as the book being punk, I guess because I'm associated with that, the book is already, by default, punk.

Many of your colleagues have also released memoirs — Kim Gordon's Girl in a Band, Iggy Pop, who tells his story in 'Til Wrong Feels Right through a compilation of lyrics and accompanying photographs, and, of course, Patti Smith, who chronicles her relationship with Robert Mapplethorpe in Just Kids, and also her recent release, M Train. How did you want to carve your space in the music-memoir genre?

One of the main things is the inclusion of the fan art. The idea of using the title Face It is because a great deal of that fan art that I haven't included exists. There are other pieces. But when you realize it's all portraiture — all drawings and paintings done of my face; the fans' fascination with it, whether they are fascinated by or attracted to the way I look — it's interesting to me. I think it pulls [fans] into the music. It says a lot about how we, as creatures, assimilate and associate ourselves. I think it's lovely and charming that different people, from different ages, send me those drawings and paintings. To be honest, I was kind of horrified at first [Laughs]. But over the years, I've become completely touched. In terms of including fan art in their memoir, I don't think anyone has really done that.

You mentioned your aversion to being edited, letting someone "edit" your memories and the fear of losing control of your voice, which initially threw you off when you submitted a piece for the inaugural issue of Glenn O'Brien's Bald Ego. How was it being edited now, on this scale, as a memoirist?

It was very valuable! The thing about Glenn [O'Brien] and Bald Ego was that it was the very first time someone edited me. But now, after talking to people about this book, I can go back and realize that what I was trying to convey came across straight, and my message was understandable. Of course, there are little things that I could pick at, things I could adjust or reword, but there comes a point where you just have to let it go.

It's important for you to keep a sense of humor. Did this tenet also apply to writing this book, and, if so, how?

It's a reason why Chris [Stein] and I have maintained such a close friendship. We have this very odd sense of humor and we understand each other through that. It's propelled us through situations and experiences that many people share. I don't think anyone has an easy life — most of us have been through some pretty hard things — and a sense of humor is sometimes the best way to deal with them. It's a way to carry on.

You were a part of a community that valued androgyny, that wasn't burdened by the anxieties of sexuality that were ubiquitous in society outside of that community. At the time, the language of non-binary, genderqueer, etc. weren't as prevalent, at least not within the larger cultural context they are in now. But even then, you did not identify as bi or trans nor a cross-dresser, but, as you say, "half man half woman. A double identity." Tell me more about what you mean by double identity. Do you still identify that way?

Probably not so much. I've become more integrated in that respect, because I understand more, understand that [gender and sexuality] are a part of nature, a part of reality. I think, back then, our outlines and parameters for gender and sexuality were strictly defined. Little girls wore pink; little boys wore blue. Little girls weren't supposed to wear jeans and roll around in the grass, and that's exactly what I did. I was more of a tomboy, but I was also very feminine. I think that our world, now, has gotten bigger and more explicit — in a good way. We know more. We're on the right track anytime we become more inclusive.

Early on in the book, you mention that the first seven years of Blondie were total madness, that you had plenty more funny stories to tell. Any plans to tell any more stories in the not too-distant-future?

At this very minute I'm focused on writing new music and working on another collection. Even though there are some pockets of humor in it, Face It is a bit more serious. But I think writing something funny would be fun. I don't have any plans to do that right now, though. It's hard to pick a direction and stick with it. There's just so much stuff [Laughs].

Face It is available for purchase here.