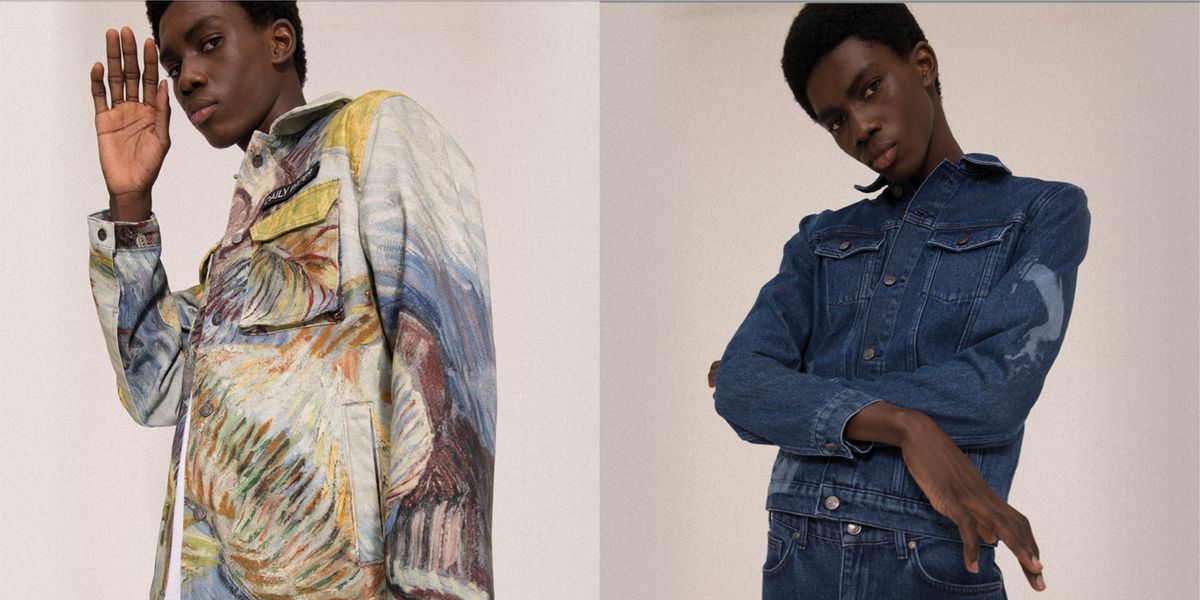 Situated just a few blocks away from the renowned Van Gogh Museum in South Amsterdam lies the flagship store of Daily Paper, the blog-turned-cult fashion brand that can be spotted on just about every young city dweller in the Dutch capital. Fittingly, the two institutions have recently embarked on a fashion-meets-art collaboration, utilizing each other's strengths to create a 21-piece capsule collection that just made its debut during Art Basel Miami Beach.

Founded in 2008 first as a popular lifestyle blog, Daily Paper is the brainchild of Abderrahmane Trabsini, Jefferson Osei, and Hussein Suleiman, who in 2012 decided to venture into ready-to-wear. The founders describe the combination of their rich African heritage as a source of inspiration for their brand, which is positioned as a contemporary label for men and women influenced by global cultures. Their collaboration with the Van Gogh Museum is the latest in a series of ongoing capsules the brand partakes in.

The Van Gogh Museum was the first to make contact with Daily Paper about a potential collaboration, as they were drawn to the founders' multicultural background and ability to connect with Amsterdam's youth. On the other hand, the design trio was attracted to the story they shared with van Gogh himself, as they had no formal training or prior knowledge of the industry, much like the Dutch artist.

"In school we learned more or less about the classic pieces, but we didn't really learn about him as a person," Osei told PAPER during a press walk of the Miami pop-up. "And when working on this collaboration, we really looked into the person van Gogh and we really resonated with him as a person," he added, citing the similarities of being self-taught and coming from humble beginnings. "So that really made us think like, 'Oh well this is a very special person.' We can really relate to him and find a way to incorporate his artworks into our collection."

Martin van Engel, the program director for Van Gogh Connects, was also present at the tour and describes himself as an expert in the field of urban youth culture, participation and cultural diversity. He wanted to capture the collaboration process in a documentary, the screening of which will premier on February 14, 2020. "I wanted to get that story into a documentary because it has so many aspects of self thought, diversity and inclusion," he said. "It's really important our target groups can find and look up to role models, which all three founders are."

Indeed, from their humble blog origins to their fashion label's growing popularity in Europe, the community that the founders have cultivated appears to have stemmed from their shared values, authenticity, and similar roots. (Trabsini is Moroccan, Osei is from Ghana, and Suleiman is Somali.) "I think what people really like about us is that we're actually like three guys that have a similar vision, a similar background," Trabsini said. "We're all of African descent. That's what we have translated into clothing, not in a traditional way but more in a modern way. We grew up in the West. So blend both cultures. That's how people see us."

The Van Gogh collaboration features classic artworks like "Garden of the Asylum (1889)," "Red Cabbages and Onions (1887)," and "Seated Woman (1885)" printed on classic Daily Paper silhouettes on everything from T-shirts to jackets and shorts. Furthermore, the brand looks to expand its presence globally, with a flagship in New York slated for 2020 as well as shop-in-shops at Selfridges and Galeries Lafayette.

"They see us like three guys that had no fashion experience, no fashion education," Trabsini said. "We wanted to prove people wrong and show that you don't need to have a big pot of money or a lot of experience to actually be an entrepreneur. So we believed in ourselves and we grew very organically to where we are right now, while inspiring a lot of the new generation along the way."