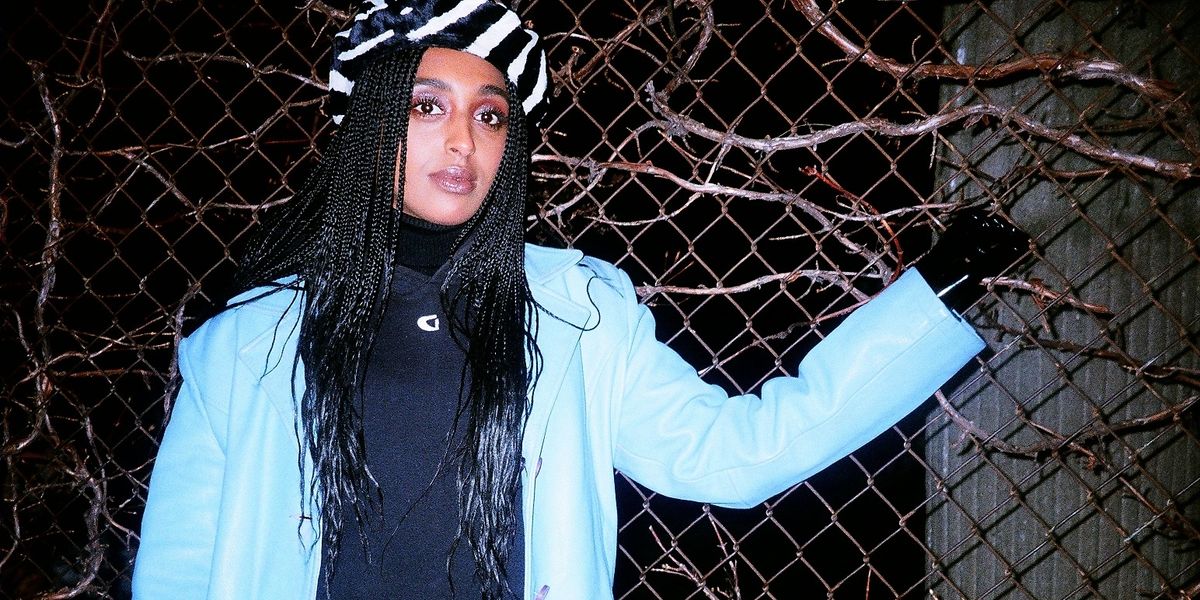 Popularity is relative, and especially in the digital age. You could have hundreds of thousands of followers online, but be completely unknown in the streets — massively famous on Instagram, YouTube or Twitter, but lack any kind of real, authentic cool in person. For our new series, Coolest Person in the Room, New York-based photographer Megan Walschlager pinpoints all the people whose energy is contagious regardless of their following count or celebrity. Meet Banna Nega, New York-based marketing maven, creative director and co-founder of cool girl accessories brand Glazed NYC.

How did you get into marketing?

I started studying marketing when I was 14. I would do these competitions through DECA with my high school. It was so fun, we learned so much. A lot of it was role-playing, so I would be in front of a judge and they would give me a scenario about, like, if a company started a new campaign, how would you do it? Then I would have 15 minutes to come up with a whole marketing plan.

I never really felt like I was exceptionally good at anything, so I think it's tough when you're growing up and you feel like you don't really fit in. I never felt like I was part of a community or anything, so I just wanted to learn about everything. That was kind of by choice too — I wanted to learn about so many things and not limit myself. I think marketing in a way is so limitless and can be applied to everything.

I also do a bit of creative direction on the side as a passion project with a few musicians. I've always loved music and I've always wanted to be involved in it somehow. I realized very early on that I am not very musically inclined. Like I cannot play an instrument to save my life — I took guitar, played the saxophone, took violin — and I couldn't do it. But I love visual art and fashion and creating artwork.

Tell us more about your brand Glazed NYC.

Glazed is a lifestyle brand that I started with my best friend Shelby [Macklin]. She's in charge of designing and logistics, and I do more of the marketing and getting people involved. We actually met in our entrepreneurship class at LIM, which I guess was foreshadowing. But we started it kind of our of necessity. It was the winter of 2014, when there was that infamous polar vortex, and we were living together at the time in Bushwick and we were just like absolutely miserable from the cold. I'm telling you I was wearing like pounds of rags everyday and I didn't feel cute, and I didn't feel like I wanted to go anywhere, and it was kind of crushing my soul.

So, we were both just sitting at home one day and were like, "Ok, don't you wish you had accessories that you could just glam up a look with but they're still functional?" There's such a gap between functionality and nice products!

Totally! Why is it called Glazed?

When I think of a glaze it's kind of a finishing touch — or the cherry on top — and that's how we like to think of our accessories. Like the final touch to your look. When I was younger, my dad was a visual artist and we would make little pottery pieces together and it looks like shit before you put the glaze on it and throw it in the kiln, so it just made sense.

We also just wanted to create a space for people to connect and build together. I would give the credit to where we're at right now to our community and the people that have supported us.

When you have a platform, it makes the most sense to involve everyone you know and bring out their strengths. Or maybe they've always wanted to try something. I've had friends that have wanted to model before, but have never done it — that were nervous to try, so it's like why not just model for us?

I've stalked your website and the brand videos you guys have made are soo good.

It's funny because we both wanted to video and we were both in choir and drama and have always been attracted to that industry. It's been a learning process for us because we're not video people necessarily, so that's where our community comes in too. Our homie Mark is one of the sickest directors I know period. He's always believed in us and never questions anything we've done, and he always brings his A-game when we work together and it's always perfect. He just gets it. It's always scary to start something of your own, but you realize wherever there's holes in your vision, there's people who will get it and be there for you too.

Definitely. And I feel like you guys have a very clear point of view when you look at your stuff and your marketing.

We realize it's not for everybody and that's okay. But it's also not super exclusive. A Glazed girl can be any kind of girl, but mainly someone who's confident and believes in herself, her style and her community and just wants to create cool shit. And she always has points of reference through history, style, fashion, music, film. People who are really in touch with the past, present and future and want to create things that resonate with them. We want to be a familiar brand, but also make it modern.

The brand is also very us too. I always ask like, "What do I like? What are things I'm interested in?" And not so much about other people. I'm basically sharing my heart — and I know that's how Shelby feels as well. We just want to make our lives easier, but also express the deep feminine strength in ourselves and stay in touch with that. Theres so many definitions of sexy, it's not just showing skin. It has so much to do with confidence, knowledge of self, knowing what you like and how you show what you like.

How do you approach fashion when you're going out?

Going out is kind of a treat, right? Like I don't wear makeup to work. So going out, we're letting loose at that point. I wanna dance and let go of every frustration I've pent up over the entire week! I think getting dressed and really being able to express yourself is the whole ethos of Glazed as well. Being in touch with yourself and what makes you happy. Going out can be tricky too because you may want to maybe find a partner or attract someone, but in my opinion the way you attract someone is being really good with yourself and confident. It's almost like a peacock and it's feathers. You can still be flashy and into yourself and happy.

I don't smoke weed before I do my makeup because that messes everything up. My eyeliner wing ends up going out to my hairline and it's a mess. And Shelby and I def crank up some tunes to get us amped up — City Girls, Cardi B, you know. Then we basically do a fashion show to make sure were not wearing the exact same Glazed accessories. We call up our girls — everyone usually meets up at our house — and then call up the uber.

Where do you usually go out?

We usually just go to our friends events — like either downtown or in Brooklyn, cause we like to show out for the homies. People have always supported us in those ways — even just liking our shit on Instagram — it's still support for us and it still means a lot, so we wanna support anyone who has ever shown us love.

What's next for Glazed?

We're doing a new video series for Glazed called "The moment with," so we're interviewing people who embody the the Glazed ethos and are doing cool shit. They'll be talking about their personal style and then styling two of our pieces with their looks, and then describing what two moments they would wear them to like a bodega moment and a club moment.

Have you seen that Mariah Carey video where she says moment like 100 times?

Yes, that's what we're basing this off.

Joey LaBeija's remix of Kelela's song, "Better." I listen to it at the gym on loop for like an hour.

What's your favorite place to go in NYC?

The Strand Bookstore on University. I could be there for hours. I get a lot of my books that I use as references from there. There's this one book that I am obsessed with. It's the simplest book ever, but it's called The Parisian Woman's Guide to Style. And it's this mom and daughter that had this shop in Paris and they made this book that is arranged by season — including lingerie and perfume — from 1999. It's all completely still relevant. I freak out every time I read it. And I have a bunch of books on African American history that I've been collecting.