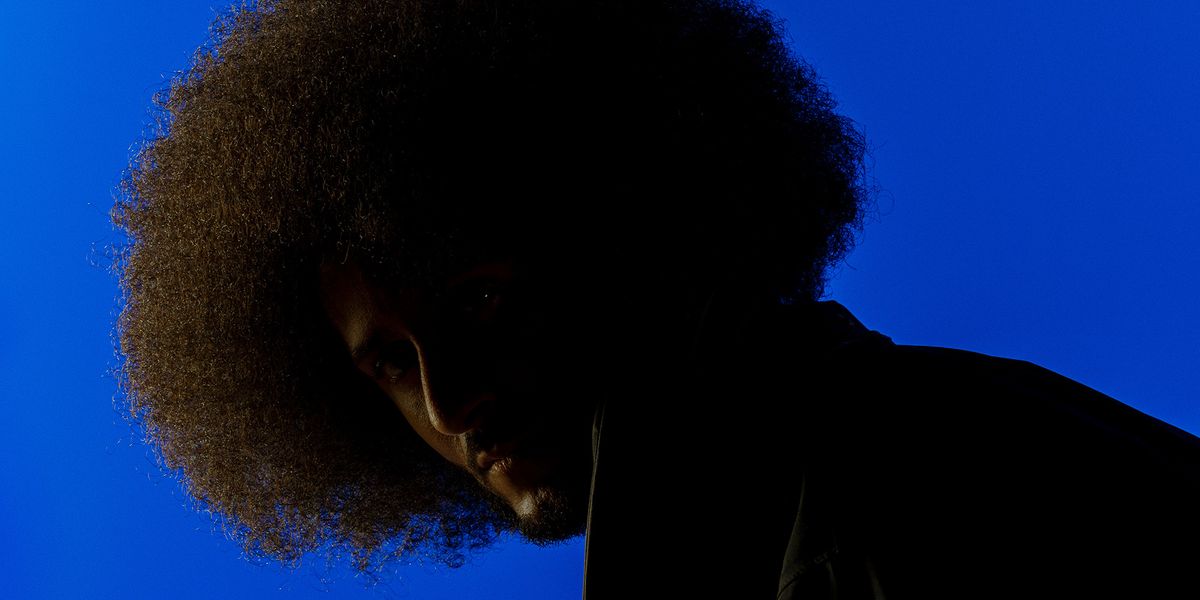 Colin Kaepernick Wants You to Know Your Rights

On October 15, 1966, Oakland-based activists Bobby Seale and Huey P. Newton drafted a roadmap to Black freedom. Originally known as the Black Panther Party's Ten-Point Platform and Program, the document articulated 10 demands and 10 beliefs that formed the basis of the organization. "Black people will not be free until we are able to determine our destiny," wrote Seale and Newton. Among the Panthers' demands were an "education that teaches us our true history and our role in the present-day society" and "an immediate end to police brutality and the murder of Black people."

"That was over 50 years ago. And what has changed?" Colin Kaepernick asks. "Oscar Grant, Rekia Boyd, Michael Brown, Tamir Rice. What has changed? Laquan McDonald, Sandra Bland, Freddie Gray. The Panthers' demands are still alive today because the police are still killing us today."

Ten months before the then-San Francisco 49ers quarterback took a knee during the playing of "The Star-Spangled Banner" in protest of systemic anti-Blackness and police terrorism, he and his partner, Nessa, devised a plan. The seeds of that plan gave birth to the Know Your Rights Camp (KYRC), a traveling youth-empowerment initiative.

As Kaepernick describes it, "The discussion happened shortly after the execution of Mario Woods." The murder of the 26-year-old Woods on December 2, 2015 by five San Francisco police officers left Kaepernick with feelings of loss, pain and anger.

This movement needs all types of people. From athletes to healers to poets and artists to scholars and lawyers, we need everyone to contribute to the struggle."

Woods' murder coincided with Kaepernick's resolve to put his social analysis into action. "If Colin wasn't reviewing a playbook," recalls Nessa, "he was reading a history book." Week after week, Kaepernick could be found devouring texts on the global struggle for Black freedom and self-determination. His bookshelf was overflowing with titles like The Autobiography of Malcolm X; Women, Race, & Class by Angela Davis and Huey P. Newton's autobiography, Revolutionary Suicide. The texts offered Kaepernick ideas for architecting the camp and its curriculum.

KYRC is designed to serve as a home base and safe space for young folks — particularly Black youth ages 12-18 — to gain legal knowledge for navigating all-too-common violent encounters with police officers and to thrive in the areas of health, education, tech, self-empowerment and finance. Not only does the camp provide material resources to youth but it also serves as a space where love, joy, courage and honesty are given room to breathe.

Since Kaepernick's first camp in October 2016, he and a growing cadre of volunteers have hosted six additional installments in Harlem, Chicago, New Orleans, Amsterdam, Miami and Baltimore. The volume of youth attending his camps has grown, too. Kaepernick's most recent offering in Baltimore served over 450 attendees. The camps are free to all youth, as they are funded by Kaepernick himself and through small donations.

KYRC is pillared around 10 fundamental human rights, in homage to the Black Panther Party's Ten-Point Platform and Program. According to Kaepernick, the principles represent the types of affirmations and protections that ought to be enjoyed by Black people globally:

You have the right to be Free

You have the right to be Healthy

You have the right to be Brilliant

You have the right to be Safe

You have the right to be Loved

You have the right to be Courageous

You have the right to be Alive

You have the right to be Trusted

You have the right to be Educated

You have the right to Know Your Rights

The rights also emblematize the ingredients needed to grow a vibrant movement toward the liberation of Black people. "This movement needs all types of people," says Kaepernick. "From athletes to healers to poets and artists to scholars and lawyers, we need everyone to contribute to the struggle. The struggle is affecting all of us. Period."

To that end, the camp is intentionally intergenerational, too. Seasoned freedom fighters like former Black Panther leader Ericka Huggins and Ambassador Shabazz, Malcolm X's oldest daughter, have each attended a camp. "Colin puts love in action," says Huggins. "And the camp's 10 rights are timeless because they are human rights."

Speaking at a recent camp, Ambassador Shabazz reminded campers that the expression "by any means necessary" — one made famous by her father — "isn't about other people. It's about yourself. It's the exercise, the commitment you make to be your best... by any means necessary."

In collaboration with local activists and organizations, the half-day camps typically begin at 7 a.m. when youth arrive to a nutritious breakfast provided by Black-owned businesses housed in their community, an offering inspired by the Panthers' free breakfast program. After their meals, attendees move in groups to a discussion on the history of policing, an interactive training on exercising one's legal rights during a police encounter and then onto breakaway workshops on financial literacy, careers in STEM, holistic health, higher education and the importance of knowing one's roots and history.

At the camp's mid-afternoon conclusion, every youth attendee receives a backpack — many of which are stuffed by Kaepernick himself — complete with a local community resource guide, a copy of The Autobiography of Malcolm X and an AncestryDNA kit. "The DNA kit," says Kaepernick, "is a powerful reminder to the youth that the beginning of their history predates the United States and is not shackled to the institution of slavery. The beginning of their history is based in freely thriving African civilizations."

"This is just the beginning," he tells campers in Baltimore. "Before you leave here today, I need you to know that we are in this together." He pauses for a moment, then lifts his clenched fist to the sky. "I need you to believe this with everything you have in you: Say it with me — I am powerful! I am powerful! I AM POWERFUL!"

In the spirit of love and courage, the following freedom fighters have collectively transformed their cultural power into a non-negotiable demand for Black liberation. Together, these 10 individuals selected by Colin Kaepernick represent the living embodiment of Know Your Rights Camp's 10 principles and inspire us all to fight for our freedom... by any means necessary.

You Have the Right to Be Free: Exonerated 5