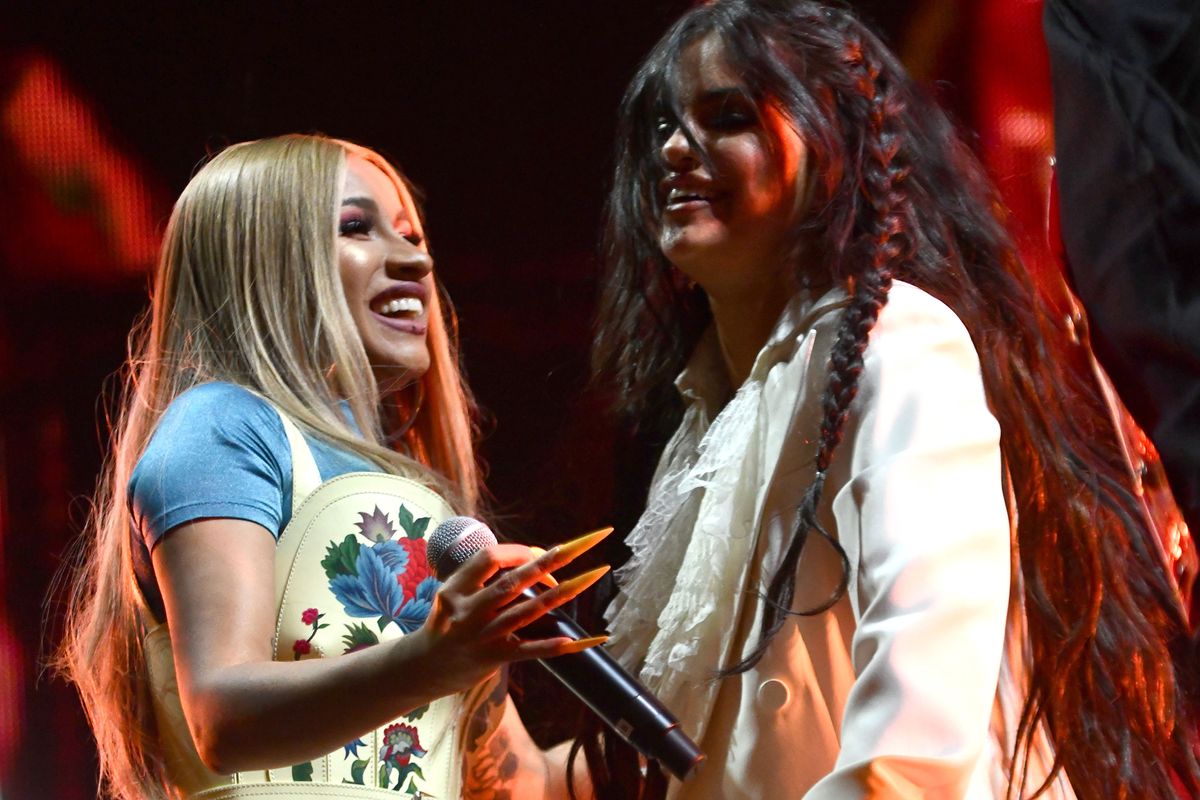 The Best On-Stage Cameos from Coachella Day One

Coachella's only begun, and we've already had plenty of great performances from day one. Friday's headlining act was Childish Gambino, we also witnessed greatness from Janelle Monaé, The 1975, Kacey Musgraves, and worldwide K-Pop sensation BLACKPINK. Of course, while festival goers were fully expecting their minds to be blown by these artists' performances alone, the acts did not disappoint in adding something a little *extra* while they were onstage.

A number of surprise cameos happened were brought along with Friday night's acts. Here are the best guest appearances that kicked off the festival:

Cardi B and Selena Gomez

DJ Snake could not complete his set without performing "Taki Taki." And while audio of Cardi B and Selena Gomez would've sufficed for any other concert, this was Coachella, so naturally he had to bring out his two collaborators out onstage with him.

I sat through an hour of DJ Snake to see Cardi B, Ozuna and Selena Gomez sing “Taki Taki” — and it was better than I could’ve imagined 🔥 pic.twitter.com/ns7MhHHmf8

Janelle Monaé brought out Lizzo and Tierra Whack to perform her Dirty Computer track, “I Got the Juice." And, yes, it's safe to say everyone got a healthy does of Black Girl Magic at Coachella.

What kinda BLACK GIRL MAGIC is this?!?! @JanelleMonae stays putting on for the set. #Coachella

Okay. So *technically* this isn't a cameo, given that Jennie Kim's already part of BLACKPINK, but the singer as a solo artist came out onstage as well. Jennie performed her single "Solo," and apparently also made history as the first K-Pop soloist to perform at Coachella.

Non-binary fashion model Tzef Montana, who is also singer-songwriter SOPHIE's girlfriend, made a cameo and twerked the night away during the artist's finale song, and PAPER's #1 bop of 2018,"Immaterial Girls."