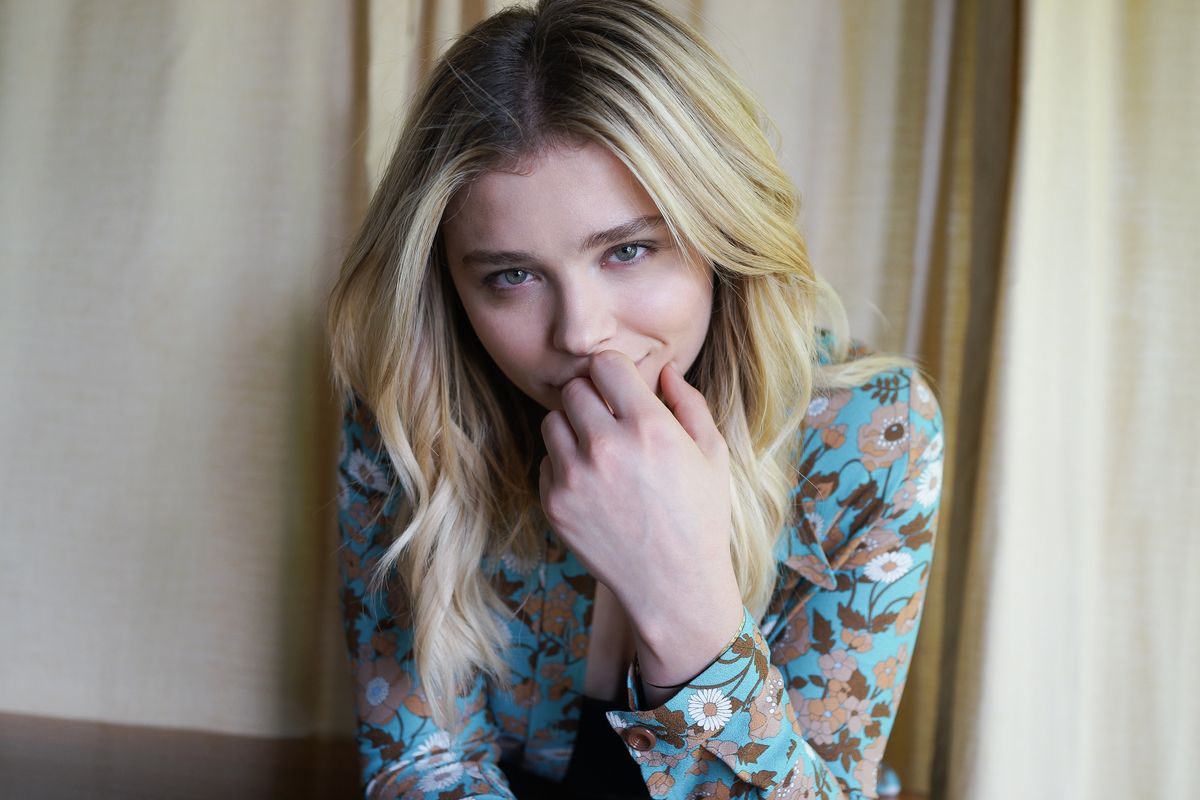 Gay conversion therapy does not work. It is bigoted, abusive, cruel. And according to a UCLA study, nearly 700,000 LGBTQ people in the United States have been through it.

The Miseducation of Cameron Post, the Sundance Jury Prize-winning film from Appropriate Behavior director Desiree Akhavan, tackles the horrors of conversion therapy. The early '90s-set movie (an heir to But I'm a Cheerleader) follows the titular character, Cameron (Chloë Grace Moretz), after she's caught hooking up with her secret girlfriend in the backseat of a car. She's sent to an evangelical program called God's Promise, where unlucky teens are taught that sports can encourage "gender confusion," masturbation is a sin, and listening to the Breeders is, tragically, forbidden. Numerous scenes, including one where "SSA" (same-sex attraction) is compared to cannibalism, were inspired by interviews with survivors.

Cameron Post, which also stars Sasha Lane and The Revenant's Forrest Goodluck, is both ominous and darkly funny, a clever flip on pop culture's unending '90s nostalgia. And Moretz is very, very good in it. It's new territory for the 21-year-old actress, who selected the script after taking a year and a half-long break from acting. She spoke to PAPER about the film, the importance of getting queer people behind the camera, her name's essential umlaut, and the Kim Kardashian story that just won't die.

Why was this story important to you? What drew you to this film?

A few different reasons. Prior to this film, I took about a year and a half break, and I really wanted to make sure that the products that I would be partaking in really had a reason for me, and they hit me in the place where I felt I couldn't not do them. And so, this movie really just checked all the boxes for me. First of all, I think it was the most beautiful adequate depiction of being a young gay person and meeting other gay people like you for the very first time, and what that feels like, and what that looks like. And have two gay brothers in my family, I've always been an inherent advocate for the LGBTQ community. It was the most naturalistic approach, and it really lit a fire under me. I couldn't not do this movie.

What did your brothers think of it?

They loved it. My brother Trevor was with me every day on set. He's wonderful.

Desiree Akhavan identifies as bisexual, and there are a lot of queer people involved in the movie. How do you think that affects the gaze of the film, as opposed to movies about queer people that are made by straight people? There have been a lot of those.

There's a lot of them currently. That's actually a really wonderful question you ask, and something I've been thinking pretty hard about in this press cycle. What I really want to get across is that this is a story about gay conversion therapy, and this is such a delicate story that has to be told by queer people for queer people through a queer lens. I think what you'll see is really — you've seen the movie, so I think what comes across in this movie very forwardly is a sense that it's not — it doesn't focus on the dark practices within the film. It doesn't focus on just the sadness. When you're actually going through these revelations of your sexuality and who you are and what you are, you're not sitting there wallowing in sadness every day; you're trying to find a light at the end of the tunnel. You're trying to find your silver lining.

You can feel that in the film because there is so much latent darkness. But there are some beautiful highs and there are some really stunning comedic moments to help these kids get through the life that they are stuck in at this conversion therapy camp. I think being shot through a queer lens, being written through a queer lens, being edited through a queer lens, that's the only way this movie needs to be handled. And that's the only way queer movies going forward should be handled. I think it's unfair in a lot of ways for directors and writers to be making a queer movie when they honestly don't have a hold or a bearing on what it's like to be a queer person.

I loved the sex scenes. They were shot beautifully, they don't feel exploitative. What do you think of the finished product?

That's something that I talk about a lot actually because it's an exact depiction of — it's the perfect example of the female gaze. It's shot by a woman. Our DP was Ashley Connor, obviously there's our director, Desiree Akhavan. And what I think is so interesting about them is the fact that they're observational. They're not voyeuristic. They don't do close-ups on the breasts or the nipple. You don't get an ass shot. It's not about that. It focuses on the progression of the story, and the progression and the confidence building within her, within her own sexuality, and how beautiful that is and how tender it is to find that moment in your life when you connect with who you are, and that revelation that comes from that. And I think that they are really beautiful sex scenes. I think that they're incredibly progressive to the story and it goes with the characters.

The 4 Non-Blondes sing-along scene is great. What was that like to film?

It was wonderful. We had a really wild time. It was actually pretty crazy because that was the day when we woke up, and everyone realized in America that President Trump was elected, and Hillary Clinton had to concede. So that was a really shocking day, and it happened to fall on the day when we had to do that scene. And so we really funneled all of the sadness and energy that was flowing from that. We pushed it into that scene. And that's why I think it comes across so organically. It was a lot, but definitely I think also a fun '90s moment in the movie.

On a lighter note, how do you feel about the umlaut in your name? Do you like it? I love umlauts.

I love umlauts! They're unique and they really stand out. And when I was a little girl, they always kind of made me different, and I enjoyed that. And technically, they're correct because without the accent over the "e," we would pronounce it "Clo," because the "E" follows the "O."

And finally: are you so sick of talking about Kim Kardashian?