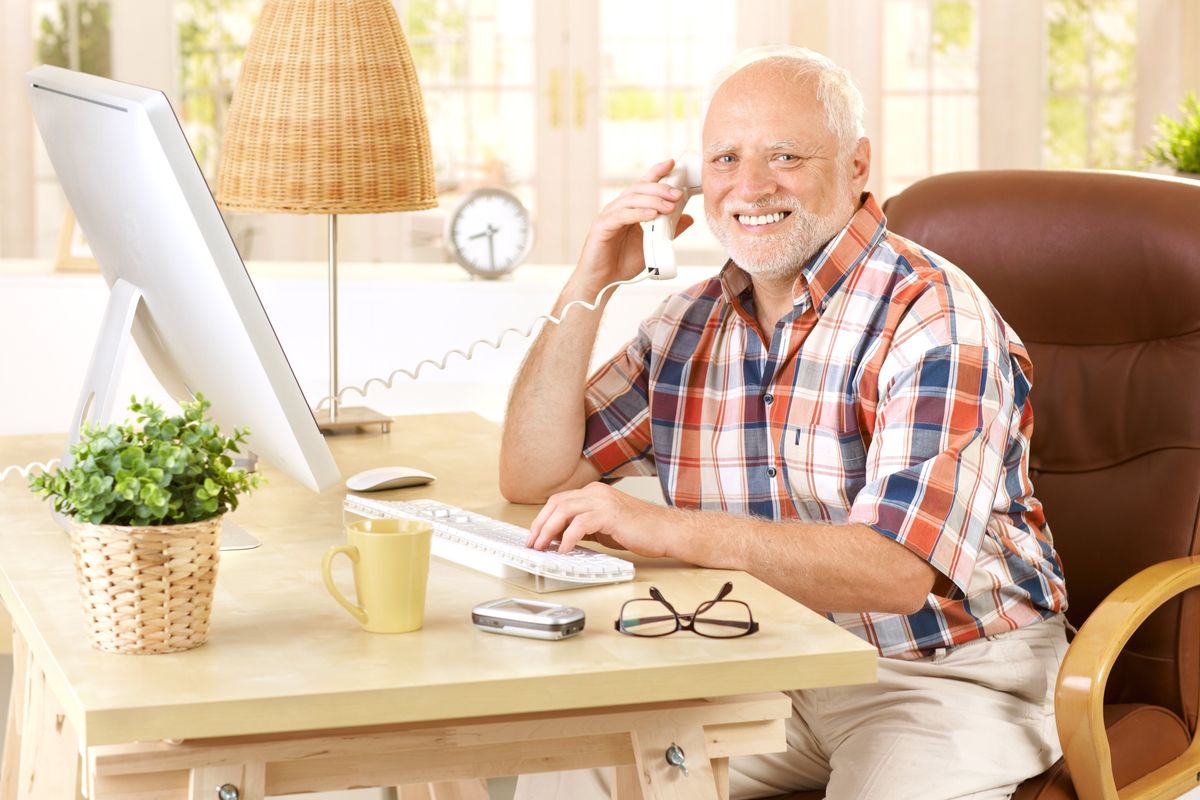 It's hard to deny that memes have become the de facto mode of online communication. After all, whether we're talking about a shitpost or something that contributes to a larger cultural discussion, it's safe to say that everyone loves a good meme, including many smaller businesses hoping to get the word out about their products (or politicians campaigning for election). That said, for better or worse, this development has apparently lent itself to the rise of a new C-level position in the tech sphere: The Chief Meme Officer.

Exactly what it sounds like, a Chief Meme Officer is an internet-savvy content creator who's been hired by a company with the intention of establishing a strategic brand persona in order to communicate their values and beliefs to consumers, as well as signal to new hires that they have a great internal work culture.

"In the past six months, start-ups and big companies have begun hiring for this new role," as Brianne Kimmel — founder of Worklife and advisor to the meme-based Eye Mouth Eye tech movement — explained. "Companies are now taking memes more seriously. There's now pressure for them to take a political stance. There's more pressure for companies to have personality and to have an employer brand, where people know exactly what the company stands for and what it's like to work there."

However, according to Kimmel — whose company is the first venture capital firm designed for content creators, streamers and builders — the role is different from a traditional social media or community manager in the sense that a CMO tends to be someone who already has an established personal brand presence, rather than an agency-sourced creative.

But what exactly does that mean? Well, basically, if you're an independently popular content creator with a built-in fanbase, you can likely expect a lot of new companies to start sliding into your DMs with job offers pretty soon.

"[CMOs] are individuals who are growing in popularity online, and already have a real reliability and alignment in a specific ecosystem. It's happening a lot in the tech and Girls Who Code worlds," Kimmel said. "They're individuals with more followers than the company itself, and they're these known entities because they are creating videos or because they have their own personal brand. So they actually start to attract customers."

Related | Everyone's Obsessed With the 'Which Are You' Memes

And per Kimmel, the trend is only going to keep growing in a world where everything's quickly becoming fully remote, especially since that only makes the ability to create funny, relatable online content all the more important.

"We're starting to see people who are really great self-taught comedians on Twitter or people who are really great at identifying trending things being quickly picked up by start-ups," she added. "And you're actually able to create your own career path. It's different from joining a bigger company because you can create your own content, set your own schedule and you kind of become the face of that company."

Case and point is content creator Adrienne Young, who was hired by Mos — a company that helps students find financial aid for college — from making viral videos on TikTok.

According to Young, her job at the company entails "educating Gen Z on a topic they should know more about, especially as the student loan debt crisis is becoming a bigger and bigger problem" via memes and humor. And that means spending most of her days "coming up with Twitter memes and little skits that are funny on TikTok that'll resonate and get the point across to Gen Z about why it's important to look for financial aid."

However, Young never actually planned to get into social media. Rather, doing things like "making random fancams" and making memes was just something she did in her spare time for her personal accounts. Much to her surprise, her hobby has since led to a near-constant onslaught of job offers through Twitter.

"I never thought it would translate to my work and my professional life," she said. "But more and more now, I'm seeing how important it is for brands to connect to audiences using humor. I've found that it's become [essential] to use memes in my work to make it more relatable."

Granted, as Young went on to explain, it's also important to be careful of overdoing it — lest you become one of those brands who try to stay relevant by using heavy-handed memes that end up coming off as cringy, tonedeaf or just outright insensitive.

"Gen Z has a really big 'no bullshit' meter, so it's really easy for them to sense when a brand isn't being authentic or trying too hard," she explained, before pointing toward the way some companies "miss the mark because they think 'this thing is trending, I need to hop on it right now,' even when the connection doesn't make sense for them."

Underscoring the importance of hiring someone who's already clued into internet culture, Young said "some brands sound either very robotic or some of them miss the mark and they try too hard... and then might get into a meme a little too late and use it wrong. It's all about experimenting, but it's also about understanding meme culture and how memes are used to figure out if that meme is the right one for you to use as a brand."

That said, in her opinion, the good thing about the rise of the CMO is that it's no longer a prerequisite to have years of "professional" experience to get hired. In fact, one of the first things people are looking for when they're seeking a social media manager isn't her resume, it's her history of making viral tweets. And in that sense, she believes it's easier than ever to get your foot in the door of the tech world — even without a decades-worth of online experience.

"When I was applying for jobs in the past, my resume was a lot more important, and now I get people reaching out in my Twitter DMs to be like, 'Hey, I saw you made this tweet go viral. Are you looking for another position?,'" she said. "People go to social media to figure out who's really good at it and are like, 'We need someone who's good at memes and TikTok.' Like, those two things get asked way before something like, 'I need someone with five years of experience and who knows how to do social strategy.'"