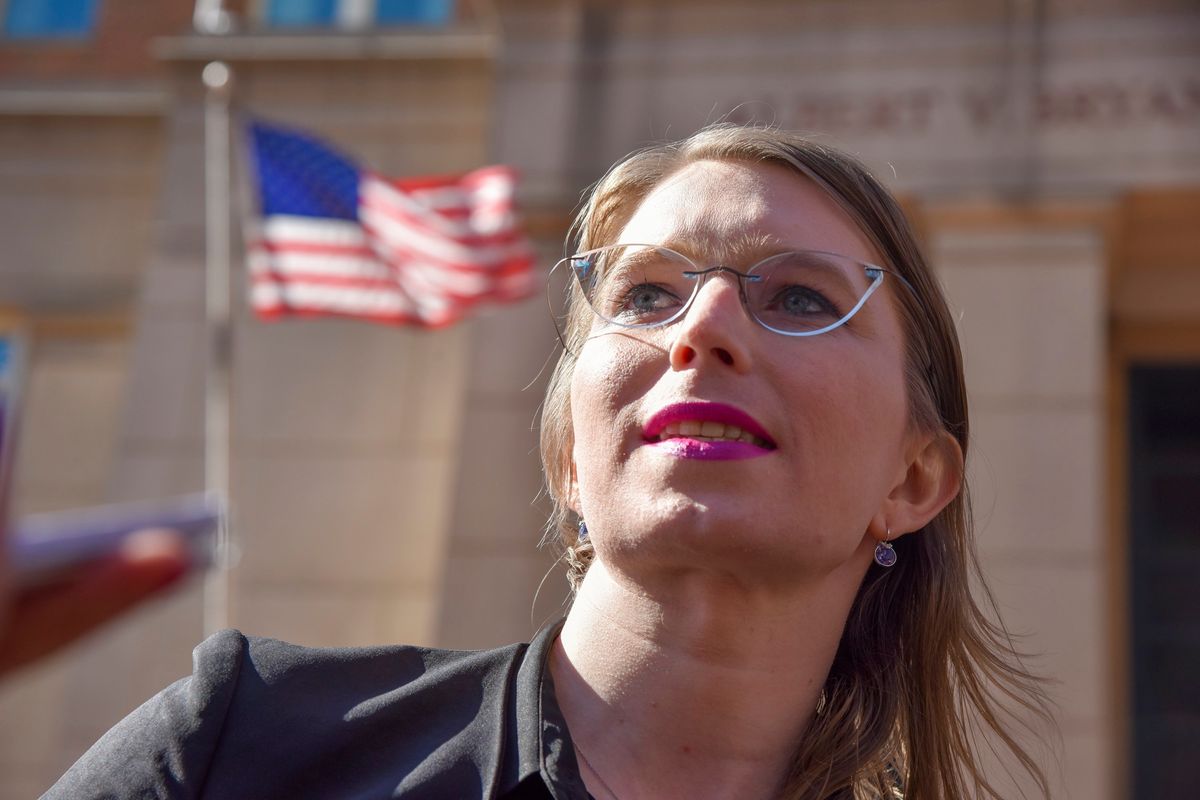 Chelsea Manning in Jail After Refusing to Testify in Court

Chelsea Manning is facing the potentialof months in custody after refusing to testify before a grand jury, in a trial that's sealed from the public. Virginia Judge Claude H. Hilton has held Manning in contempt of the court, saying she will be detained until agreeing to give evidence. Manning's lawyer, Moira Meltzer-Cohen, has expressed concern that Manning will not be able to access her medication while detained.

"As everybody knows, Chelsea has tremendous courage," Meltzer-Cohen told reporters. "Our primary concern at this point is her health while she is confined and we will be paying close attention."

The sealed trial concerns Julian Assange, the founder of WikiLeaks, who is currently facing secret charges in the Eastern District of Virginia. Manning herself served a seven-year military custody sentence for providing classified military documents to WikiLeaks.

Manning must have known this was coming — she shared her subpoena for the court case with the New York Times last month. Appearing before the grand jury, she reportedly refused to answer any questions about WikiLeaks and instead asserted that her constitutional rights were being violated.

According to The Washington Post, Manning told the court she thought sealed trials were unjust and tended "to favor the government." She said she was "always willing" to explain things publicly.

"In solidarity with many activists facing the odds, I will stand by my principles," she said, according to the New York Times. "I will exhaust every legal remedy available. My legal team continues to challenge the secrecy of these proceedings, and I am prepared to face the consequences of my refusal."