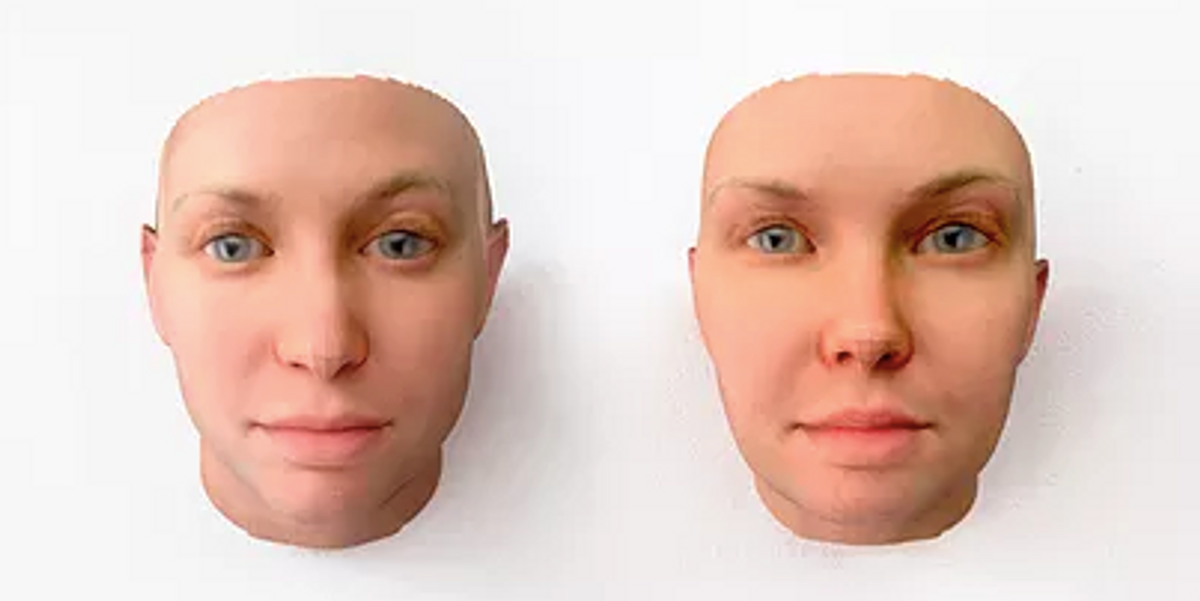 While in prison for leaking classified government documents to WikiLeaks, Chelsea Manning struck up a letter correspondence and friendship with artist Heather Dewey-Hagborg. Both PAPER and Manning had seen Dewey-Hagborg's work on DNA -based portraiture in Stranger Visions, and realized that the technique, which draws on genetic material to project what someone might look like in a 3-D image, would be an interesting way to create a picture of Manning who was otherwise denied the ability to share her image while incarcerated.

From there, Dewey-Hagborg and Manning created a comic book together called Suppressed Images which imagined a future in which then President Obama commuted Manning's 35-year-sentence, who was also fighting for her right to undergo a gender transition treatment while in prison.

The day that the comic book was released, Obama in fact pardoned Manning.

"It was the most amazing experience of my life," Dewey-Hagborg said of the moment she found out. "I was sitting in a cafe glumly working away and suddenly a friend texted me the news and I literally shot out of my chair and started dancing. I was walking around the streets on NYC with a huge silly grin on my face all evening. It was amazing and life changing."

Manning was released from prison just last month and also stayed engaged in activism and in the public eye, appearing on ABC News for an interview and riding on the ACLU float during NYC's Pride March last weekend. Now, she and Dewey-Hagborg will be showing a collaborative installation at the Fridman Gallery in New York starting August 2nd in a show called "A Becoming Resemblance." The installation itself, called "Probably Chelsea," will feature 30 of the 3-D portraits Dewey-Hagborg made of Manning while she was in prison, using cheek swabs and clippings of hair.

In a press statement Manning said, "Prisons try very hard to make us inhuman and unreal by denying our image, and thus our existence, to the rest of the world. Imagery has become a kind of proof of existence. The use of DNA in art provides a cutting edge and a very post-modern—almost 'post-post-modern'—analysis of thought, identity, and expression. It combines chemistry, biology, information, and our ideas of beauty and identity."

In an email, Dewey-Hagborg explained why she incorporated genetic material and DNA phenotyping into her work. As the government begins to use the practice more and more, Dewey-Hagborg believes the public should have a better understanding of the many uses (and possible abuses) of biological technology. She said, "Working with biology, with DNA, with life itself, is incredibly exciting and also a huge responsibility. I think science, and in particular biological literacy is absolutely critical right now. So many enormous changes are happening with biotechnology, in everything from genomics to reproductive technologies, to ecology and genetic engineering. But understanding the complexities of these developments is not commonplace. Art has an important role here, not just to be educational and show how sciences works but to be provocative and critical, to show how it will work on us and through us and with us. To ask questions about how new science and technology will impact our lives."

The artist emphasized, however, that the focus of the show is on our human dignity and unity. "What "Probably Chelsea" does is show just how many ways your DNA can be interpreted, or read as data," she explained. "Genomics is predictive, probabilistic, not deterministic. Chelsea's DNA could be interpreted to produce faces of all different genders, colors, shapes and sizes. And the exhibition attempts to show just how subjective the act of reading DNA really is."

She added, "I want to allow the viewer to identify with her (as I did) through a form of genetic intimacy – the relationship of our vastly similar DNA. As humans we have so much more in common genomically than we have variance, and this evokes a solidarity; on a molecular level, we are all Chelsea Manning."