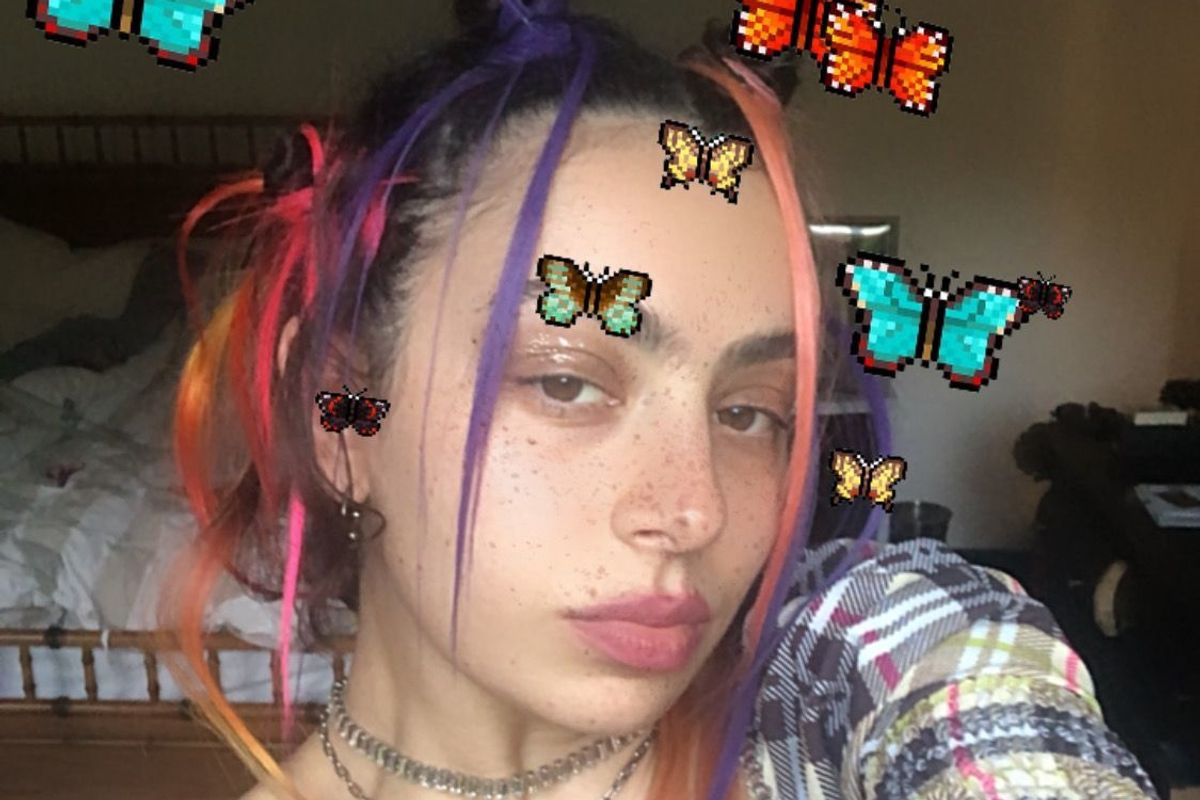 If you thought "Next Level Charli" — the first track off of Charli XCX's 2019 self-titled album — was a highly strung jolt to the system, then you truly aren't prepared to hear "pink diamond." The new song off of her latest record, how i'm feeling now, is every bit as pulsating and compelling as the full roster of electro-pop oddities that make up the quarantine album. Backed by growling bass, laser-like blips and pitch-shifted vocal samples, "pink diamond" sounds like a Bizzaro World version of her cult classic "Vroom Vroom," crafted especially for those who are missing late nights at the club.

Referring to how i'm feeling now as a collection of alt-pop rave anthems isn't to deny it of its more sensitive moments, though. "forever," the lead single that kickstarted the surprisingly succinct album era, was glitchy and abrasive, sure, but it also possessed one of the most heartfelt messages fans had heard from Charli in years. "I'll love you forever/ Even when we're not together," she sings over rushing synths in the chorus.

Executive produced by A. G. Cook and BJ Burton, the full album comes into clear view at its loudest and most chaotic moments, an effect surely achieved at least in part by the short timeframe it was composed within. While some angels were still reeling from the poppers high that was her 2019 record, Charli seemed determined to turn isolation into gold on a Zoom call with fans in early April when she first announced how i'm feeling now. In just a little over a month, the 11-track album was assembled in a way that only she could manage, having sifted through various collaborator-submitted beats and samples for the best of the best.

The high points of how i'm feeling now harken back to the days when her most fervent fans could pack themselves in a room all night for a chance to rage alongside the singer. With its roots back as far as 2017, "party 4 u" exists as a love letter to stans who have begged to hear an official recording of the song for years, while "c2.0" rewinds the clock to fall 2019. Sampling collaborator Kim Petras' bombastic vocals from "Click," the new iteration of the fan-favorite is an eardrum-busting ode to friendship rather than a braggadocious claim to any particular clique.

"I miss them every night," Charli groans through a glittering smoke of autotune at the end of "c2.0." The moment is wedged between songs packed with volume-clipping drum hits, but it's hyper-vulnerable nonetheless. She may not be able to perform how i'm feeling now to the stans currently dancing along to every beat in their bedrooms, but that doesn't mean she misses them any less.

Stream how i'm feeling now, below.