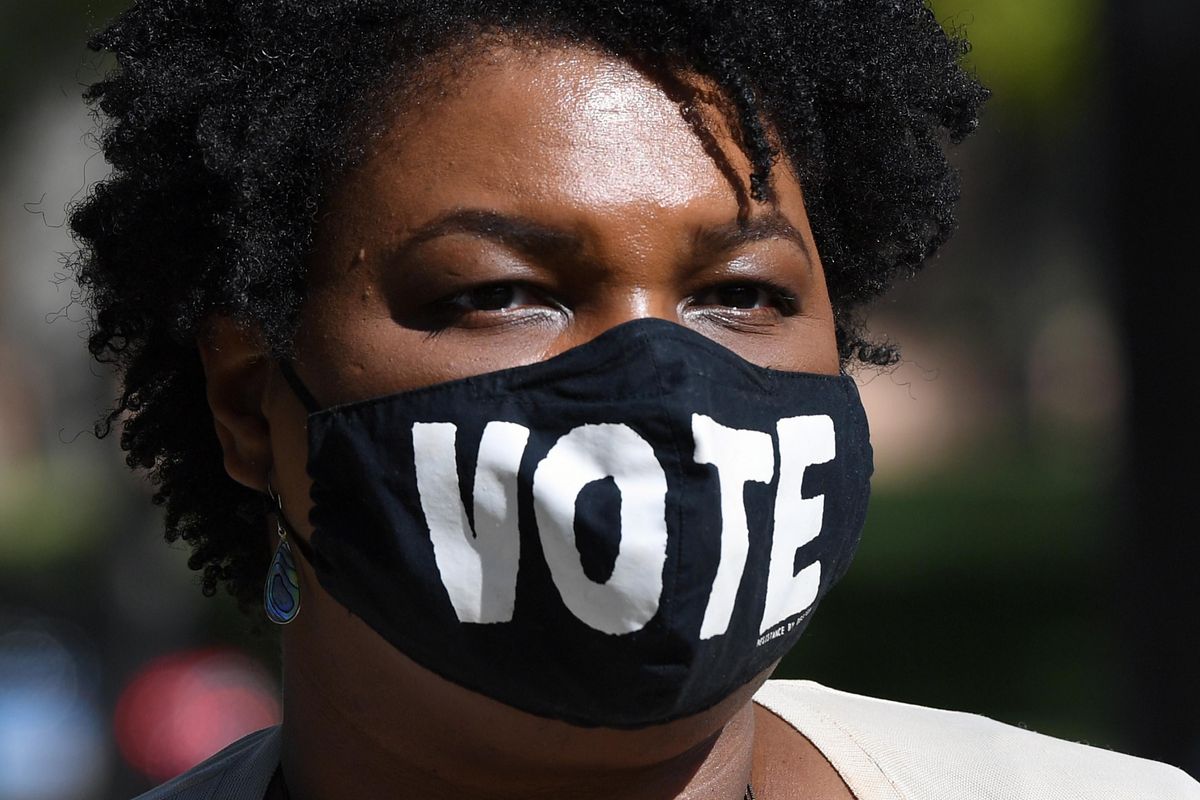 Today is a good day, and one that we're only arriving at after years and years of hard work from organizers on the ground in Georgia. Raphael Warnock has already been declared the victor in his race against incumbent Kelly Loeffler, and Jon Ossoff is closing in on David Perdue. From the runoff results so far, it's looking like Democrats will finally take back control of the Senate from Mitch McConnell.

So many hands built this victory, but I must single out the indefatigable, ingenious team at @fairfightaction, led… https://t.co/z63AQf3K2w
— Stacey Abrams (@Stacey Abrams)1609950142.0

Organizing takes commitment, trust in your team and partners, hope and courage. You will not win unless you create… https://t.co/M9ojyHEgZt
— Ilhan Omar (@Ilhan Omar)1609916015.0

Organizing is literally a huge group effort, but at the top of the list of people to thank for this victory is one Stacey Abrams. After narrowly losing the gubernatorial race in Georgia last year (amidst multiple valid claims of voter suppression), she stuck around instead of licking her wounds, heading up a voter mobilization efforts that specifically targeted the Black voters who have historically been sidelined in the state.

So today, we celebrate her! And "we" includes celebrities. Check out the likes of Cher, Jameela Jamil and Chelsea Handler getting on the Abrams train, below.

What Stacey Abrams has done is inestimable and patriotic and heroic! “Like an old sweet song....”
— Michael Keaton (@Michael Keaton)1609940872.0

Feeling oddly thankful that @staceyabrams had her own election stolen from her so that she had time to save America… https://t.co/lZaUGnpEoQ
— Edward Norton (@Edward Norton)1609955559.0