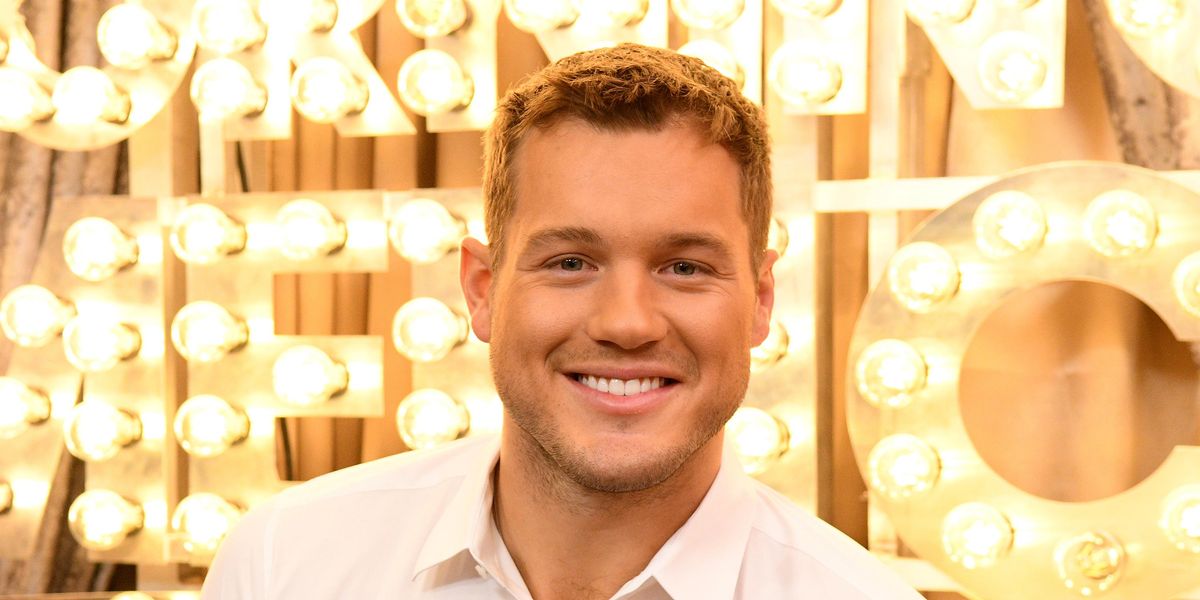 Fellow celebrities are sending messages of support to Colton Underwood after the former Bachelor star came out as gay.

On Wednesday morning, the ex-NFL player — known to Bachelor Nation as the "Virgin Bachelor" — told Good Morning America's Robin Roberts that he spent the past year coming to terms with his sexuality and that "the next step in all of this was sort of letting people know."

However, Underwood also added that the road to self-acceptance was an immensely "dark" and difficult process for him, saying that he remember thinking that he "would have rather died than say, 'I'm gay.'"

"And I think that was my wake-up call," he said, later coming to the realization that, "'This is your life. Take back control.'"

JUST IN: Former “Bachelor” star @Colton Underwood speaks his truth and comes out to @robinroberts: “I’m gay. And I came to terms with that earlier this year and have been processing it… I’m the happiest and healthiest I’ve ever been in my life.” https://t.co/PoYJUAPBpA pic.twitter.com/isP7SptUu7

In response to a question about signing up for a reality show to find a wife, Underwood went on to say that he "regretted" being the Bachelor and "handling it the way I did," saying, "I just wish I wouldn't have dragged people into my own mess of figuring out who I was. I genuinely mean that." Granted, he also said that appearing on the show and having the support of his loved ones were both essential steps in his journey, especially since his religious background made it hard for him to come to grips with being gay.

Even so, it didn't take long for contestants from Underwood's season to show their support for his announcement, with former Bachelorette Tayshia Adams tweeting that she was "so proud" of him and Demi Burnett — who came out as bisexual in a subsequent season of Bachelor in Paradise — writing, "Welcome to the community brother." And even past franchise host Chris Harrison joined in by saying he was happy to see him "stand up and openly live [his] truth" in an Instagram post.

. @colton I am so proud of you for finally being able to share and live your truth. Sending you love and support! 🤍✨

Welcome to the community brother 🌈✨

Not only that, but a number of gay celebrities took to social media to congratulate the star for having the courage to publicly come out, which Schitt's Creek star Dan Levy explained could be "a terrifying, uncomfortable and traumatizing experience because we still live in a world where we are made to fear the consequences of living freely."

"Let that sink in," Levy continued. "So happy for @colton Underwood. His courage will undoubtedly save lives today."

“Coming out” can be a terrifying, uncomfortable, and traumatizing experience because we still live in a world where we are made to fear the consequences of living freely. Let that sink in. So happy for @colton Underwood. His courage will undoubtably save lives today. ♥️ https://t.co/gAaYldPD9a

Meanwhile, other stars also conveyed their happiness for him, with Andy Cohen tweeting, "You're free now, @colton" and Billy Eichner writing, "If you're gay, you're gay," alongside a clip from his guest appearance on Underwood's season in which he jokes, "maybe you're the first gay Bachelor."

That said, the news was met with some mixed reactions from Bachelor Nation-at-large. Because while many expressed their support for his announcement, they also encouraged people to not forget that Underwood's Bachelor ex, Cassie Randolph, filed a restraining order against him for harassment and stalking, including allegedly placing a tracker under her car.

This is all I have to say on this whole Colton thing! Shoutout to this Reddit user for summarizing my thoughts on this! #TheBachelor #bachelornation pic.twitter.com/G1PYxy6hCz

Happy for him that he can now live his truth - still don’t like how he’s treated past relationships but now maybe we will see a new, better Colton

Underwood, however, also used his GMA appearance to also directly apologize to Randolph, saying at one point that he "messed up" and "made a lot of bad choices."

"I loved everything about her. And that only made it harder and more confusing for me," he said. "I'm sorry for the pain and emotional stress I caused. I wish it wouldn't have happened the way it did. I wish that I would have been courageous enough to fix myself before I broke anybody else."

in the meantime though, Variety reports that Underwood is set to star in a new Netflix reality show in which he navigates the gay community. Olympian Gus Kenworthy will apparently serve as his "gay guide."