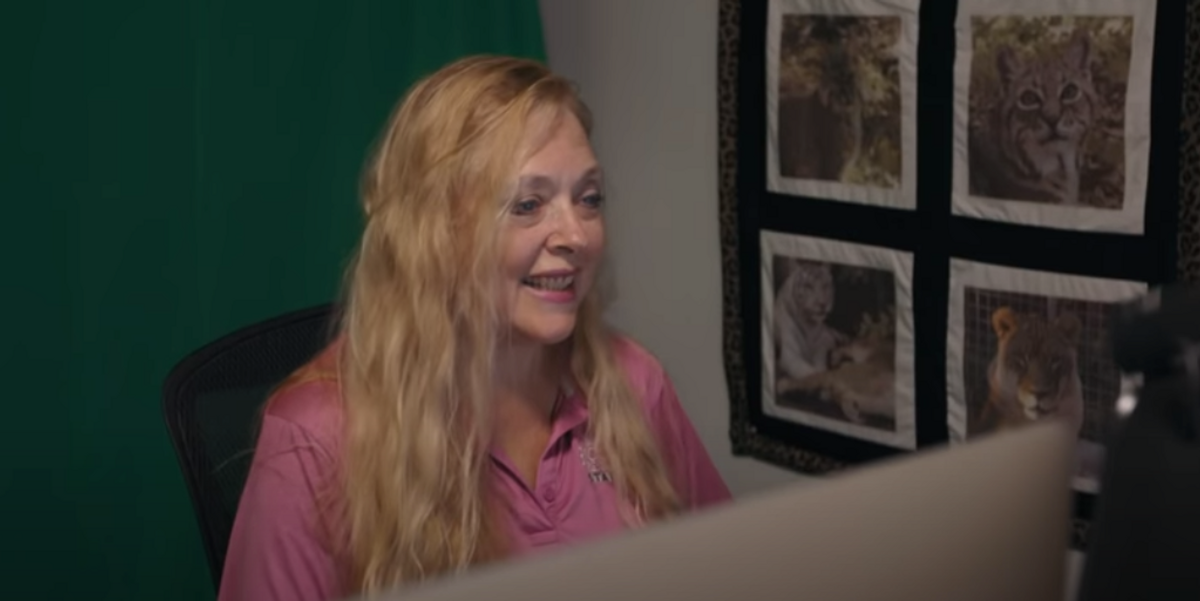 Cool cats and kittens listen up, because the latest person to join the cryptocurrency craze is none other than Carole Baskin.

On Tuesday, the Tiger King star announced the launch of her very own cat-themed cryptocurrency. And the unfortunate name attached to it? You guessed it, $CAT.

Related | Carole Baskin May Be Getting Her Own TV Show

"I'm purring like a bobcat rolling in catnip because we just launched $cat," Baskin tweeted out before revealing that $CAT was already a big hit.

According to the Big Cat Rescue website, $CAT is one of six animal-themed coins to date, though the organization also notes that it's neither "a currency nor investment." Rather, it's a first of its kind "purr-ency" for fans to support an actual animal sanctuary nonprofit, unlike the other cryptocurrencies.

"I'm investigating cryptocurrencies because I am concerned about the volume of US dollars that are being printed and distributed with nothing to back them up," Baskin wrote in a statement. She later added, "I like the idea of putting the power of money in the hands of the people, rather than banks and governments."

Additionally, Baskin said that she will also be releasing her own NFTs later this month which can be used to enter a "big cat metaverse for virtual visits with cats."

For now though, $CAT coins are available, starting at $5. Check out Baskin's announcement for yourself, below.

I'm purring like a bobcat rolling in catnip because we just launched $cat on https://t.co/pH2gCNtQGf Rocketing up to #35 out of 117 & thinking of ways to reward those who join our "pride" of big cat lovers! Learn more at https://t.co/FTxA8iVV0V pic.twitter.com/PxFiXJqA5k